In a remote mountain range on Australia's Cape York Peninsula, there lies what scientists are calling a "lost world."

Isolated for possibly millions of years, the small patch of rainforest is home to at least three new species: a leaf-tail gecko, a blotched boulder-frog and a shade skink (or lizard). However, the discovery of the new creatures in the remote, rocky area of Cape Melville -- which is inhospitable to humans -- may just be the first of several findings to come.

"What's really exciting about this expedition is that in a place like Australia, which people think is fairly well explored, there are still places like Cape Melville where there are all these species to discover," photographer Tim Laman, who documented the expedition for National Geographic, told the publication.

In a joint collaboration, researchers from Australia's James Cook University and National Geographic dropped out of a helicopter to explore the mountainous range of rainforest and collect samples. Though the four-day expedition took place in March, the team only recently released its findings after confirming the species are distinct from others currently known to science.

"It's protected by the boulder fields, which keep fire out and moisture in, which is quite conducive to hanging on to some really interesting rainforest creatures through time," he told The Australian.

Of the new species, the discovery of the gecko may be the most exciting, since leaf-tailed geckos are thought to be primitive lizards that once flourished in the Australian rainforest. Distinct from others in its family, the Cape Melville leaf-tailed gecko hunts at night and uses its flat, camouflaged body to lie in wait for its insect prey. 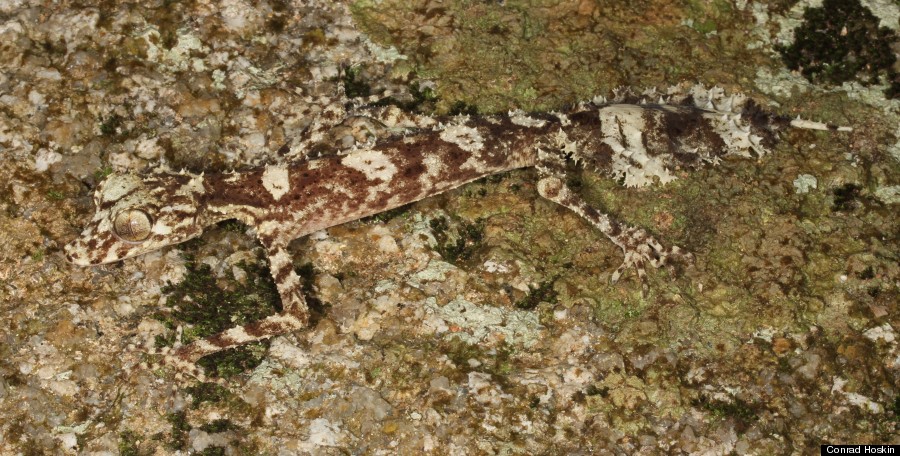 The Cape Melville leaf-tailed gecko, named Saltuarius eximius, is able to blend in with its surroundings. (Photo courtesy of Conrad Hoskin)

After uncovering the gecko, researchers also happened upon two other vertebrate creatures. A brown-spotted amphibian -- named the blotched boulder-frog -- is believed to live among boulders in the remote region and only emerges from moist conditions beneath the rocks to feed and breed during the rainy summer season. 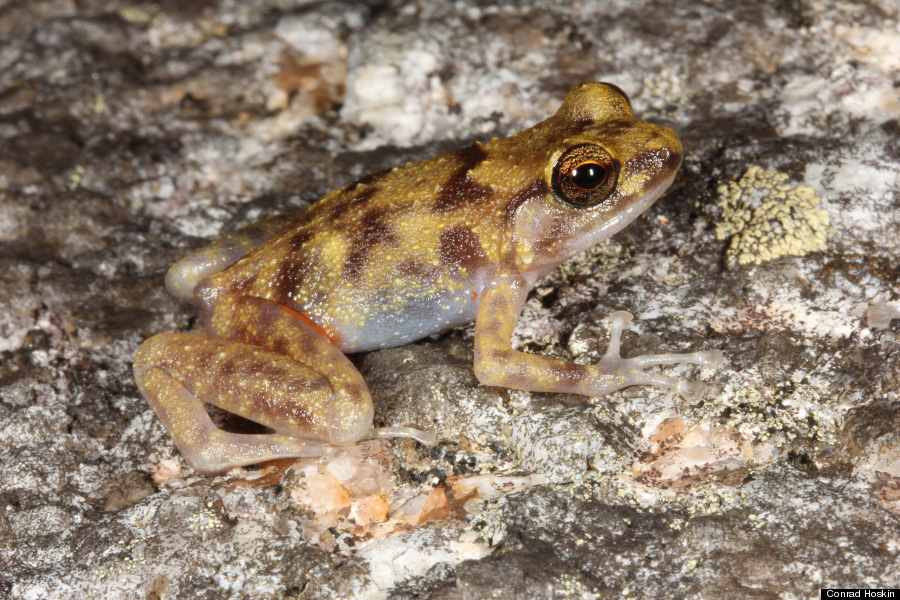 The Cape Melville shade skink, the third species discovered by the team, hunts its prey during the day. With long limbs and an elongated frame, the gold-colored creature is able to run and leap over rocks to capture insects. 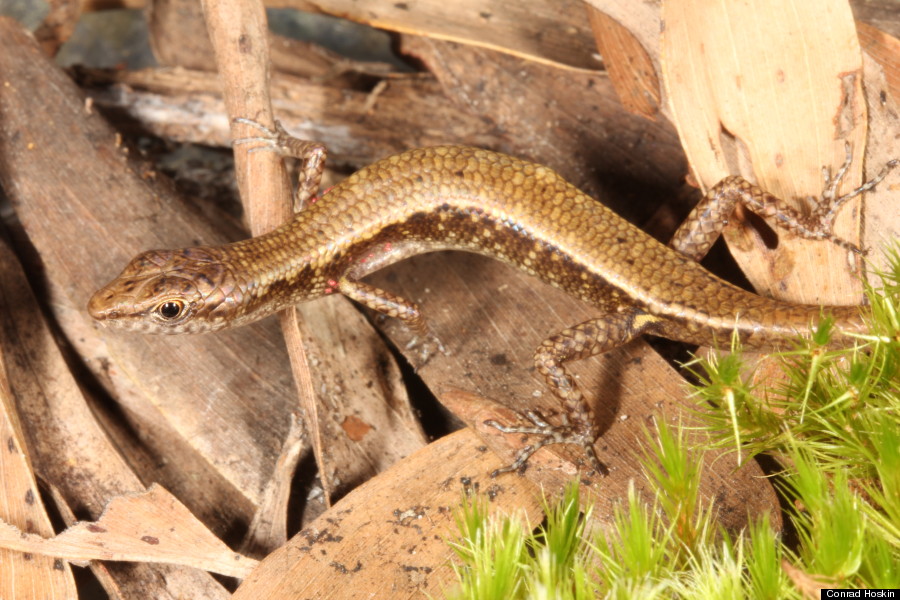 Scientific analyses of the newly uncovered creatures have been published this month in peer-reviewed journal Zootaxa. The team plans to conduct further expeditions to the boulder-filled portion of rainforest in Cape Melville to search for more species.

"Finding these new species up there is the discovery of a lifetime -- I'm still amazed and buzzing from it," Hoskin said in a written statement.