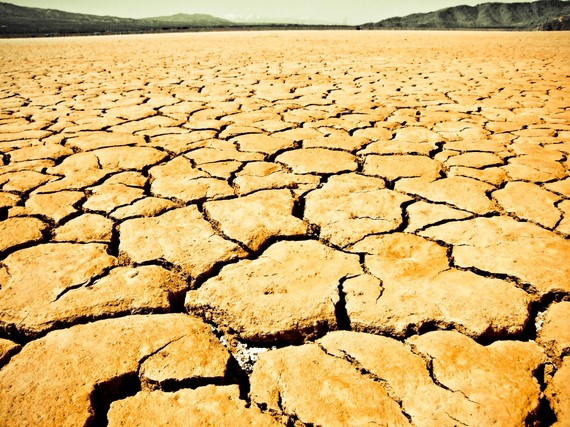 In California, climate change is no longer an abstract concept found in the scientific journals. Record temperatures, extreme drought and a surge in devastating wildfires are a daily and painful reminder of the new challenges we now face. The rest of the world is no more immune to the environmental impacts of climate change than we are here at home. Resource shortages, the rise of global sea levels, and extreme weather are creating new threats to global security and exacerbating existing conflicts.

As the top Democrat on the House Intelligence Committee, I review the threats posed to our national security every day. Climate change is not often immediately associated with this list -- but it has undeniably become a catalyst for conflict in vulnerable countries.

In Darfur, a shortage of water exacerbated by a dramatic increase in population size has created the perfect storm, causing the outbreak of violence between government-backed militias and rebel troops competing for resources. Though certainly not the sole cause of the horrific mass killing by militants there, this extended drought, made far worse by the government's corrupt mismanagement of resources, was a chief contributor to the violence now inflicted daily on the civilian population during the ongoing civil war wreaking havoc across the country.

Rising sea levels brought about by melting sea ice in the Arctic also pose a grave threat to our civilian infrastructure as well as to military sites in the United States. Naval and land bases in parts of Virginia are already deeply impacted by flood waters and have had to develop serious contingency plans.

Flooding also poses a threat to almost every coastal nation in the world. India is at particular risk for coastal flooding as a result of the melting of Himalayan glaciers to the north.

Developing nations like Bangladesh are some of the most threatened nations, while lacking the resources to respond to increased flooding and the loss of arable farm land caused by a rising ocean.

A third impact on our security is the increased need for humanitarian responses in the wake of the severe weather emergencies. The United States military is often among the first to respond and offer support after severe weather strikes particularly susceptible regions. Most recently, Hurricane Joaquin brought historic and deadly flooding in the southeastern United States. The National Guard activated over 600 soldiers in response to the storm.

Over 160 countries are set to meet in Paris this December for the United Nation's Climate Change Summit. It is my hope that leaders around the world can reconcile the long-term interests of the planet with short-term national needs and ambitions. In the end, the health of our planet is a national security imperative for all nations.

We must join together now to combat climate change. Continued denial its reality will not only hand down a less habitable environment to future generations, but also a more dangerous and violent world.

Rep. Adam Schiff (D-CA) represents the 28th Congressional District in the U.S. House of Representatives. He is a member of the Congressional Safe Climate Caucus.