There are four levers policymakers can pull to add steam to the machinery that makes the economy go. These levers maximize the intersection between the work women do, paid and unpaid, and economic prosperity, as documented by the Social Wealth Economic Indicators developed by the Caring Economy Campaign.

To begin with, women's employment drives economic expansion. According to Heather Boushey, Executive Director and Chief Economist at the Washington Center for Equitable Growth, in the current Democracy Journal, "Women now bring home at least a quarter of the earnings in more than two-thirds of families with children. In a growing number of households, women bring in half or even more of the earned income. This shift has been good for businesses and the economy." 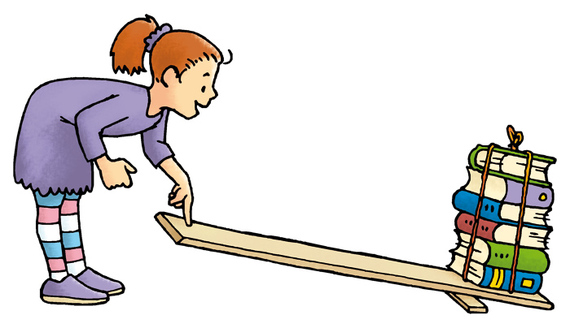 But even while women's paid hours have increased, they still do about twice the unpaid work at home compared to men -- and according to studies, spend more time caring for their children than their own stay-at-home mothers did.

Philanthropist Melinda Gates notes in her Annual Letter that unpaid domestic labor is disproportionately assigned to women in the US just as it is around the globe. While American men do more cooking, cleaning, and family caregiving than their fathers, they still do substantially less than women.

What's more, this care work within families is not accounted for in the calculation of GDP. Considering that "care is the work that makes all other work possible," as Anne Marie Slaughter says, you'd think it would get more respect and attention from economists and legislators. It should, because how we manage care as a matter of public policy has a great deal to do with the success of our particular brand of capitalism. Care is crucial in producing human capital: the adult men and women that produce and consume everything in our economy.

The divide between women's paid and unpaid work is the crux of a significant problem, not just for women and their families, but for the economy and quality of life for everyone in the US. Economic growth is hampered by a flat line in narrowing the gender pay gap, a decline in the number of women entering the paid workforce, and the failure of U.S. policies to support care work in families.

So here are four levers to rev up the economy:

1. If women close the gender gap, by 2025 GDP would increase 19% over current estimates, or $4.3 trillion according to new data from the McKinsey Global Institute.

2. If US policies provide accessible high quality childcare, more women can enter the labor force, revving up the economy even more.

Today, the exorbitant cost of child care sidelines many mothers, interrupting careers and undermining family financial security. Improving child care access and affordability would provide significant economic returns, as shown by Social Wealth Economic Indicators and other research. A new report from the Economic Policy Institute (EPI) distills the extensive gains from public investment in early childhood education and care. Benefits from increasing this public expenditure would be realized in the short-term as more women are available for more paid employment. EPI estimates that every 1% uptick in workforce attachment generates about $180 billion in aggregate national income. Higher incomes mean higher tax revenues and decreased public assistance. According to EPI, these dynamics would produce another $70 billion.

3. This leads to a third essential lever for revving up the economy: greater investment in early childhood education.

As Social Wealth Economic Indicators reveal, the US under-invests significantly in early childhood as compared with other industrialized nations. In the long term, Social Wealth Economic Indicators show that access to quality child care means less child poverty, better health and educational outcomes for children, greater educational attainment, lower interactions with the criminal justice system, and a decreased reliance on public assistance. Household finances and public budgets improve with early childhood programs, now and in future generations. With a return on investment of $1 to $8, it's an offer we as an economy should not be persistently refusing.

4. A fourth lever for revving up the economy is adopting paid family leave policies with job protection. The US is the only developed nation that lacks these!

Today women still do most of the care work. But one benefit from paid parental leave is that more men will share in the essential work of care. And, as The Economist recently noted, expanding men's roles to include caregiving benefits men, their children, and women's employment opportunity.

The need for care extends across the lifespan of both care recipients and care givers, especially with our aging population. This is why we need a culture that values care beyond lip-service.

When our policies support care, we will close the care gap that causes so much misery, increase the number of women in paid employment, move towards gender parity, substantially reduce poverty, and build a more inclusive, equitable, and just economy for ourselves and generations to come. Investing in care means creating jobs and expanding opportunity for everyone. That's what politicians promise and consistently fail to deliver. Leveraging the connections between women, work and care should be the nation's no. 1 economic priority - for voters, candidates, and policymakers.

Riane Eisler, JD, is president of the Center for Partnership Studies (CPS) and author of The Real Wealth of Nations: Creating a Caring Economics.

Valerie Young, JD, is Outreach Director for CPS's Caring Economy Campaign and blogs at Your (Wo)Man in Washington.