The day after the recent massacre in Ankara, which killed at least 97 people and injured hundreds, twelve-year-old Helin Hasret Şen died. According to her father, she went out to get bread from a bakery shop close to their house and was shot in the head by police. It happened in the Kurdish majority city of Diyarbakir, in a neighborhood where a curfew was declared a few days ago. Helin's father vowed to take the state to court and to fight a legal battle until justice is done.

He better prepare for a long battle. After all, the problem with every political murder in Turkey, history has shown, is that they remain unsolved. Helin's death, which the local governor said was caused by gun fire from Kurdish militants, will remain a mystery for years to come. And so will the exact circumstances of the Ankara bombing, even though on first sight it seems ISIS is responsible.

"The murder state will have to give account," masses shouted during funerals for the Ankara victims all over Turkey on Monday. They may believe ISIS carried out the bombing but they hold the AKP government at least co-responsible because it never took the fight against ISIS very seriously. Instead, it gave the terrorist group space to organize itself in Turkey and carry out its vicious attacks. It's reminiscent of the Suruc massacre, also most likely carried out by ISIS but often co-blamed on the AKP government. These masses too better practice their patience.

Turkey's constitution still embodies a state-centered structure that leaves no room for heterogeneity and forces everyone into a Turkish, Sunni Muslim identity.

When the suicide bombers blew themselves up in Turkey's capital city of Ankara, people were gathering for a "Labor, Peace and Democracy" rally. The rally was organized by trade unions and several leftist political parties, among them the HDP, which has it's roots in the Kurdish political movement and which passed the election threshold of 10 percent in the general elections last June, robbing the ruling AKP of its majority in Parliament. The protestors demanded an end to the war between the Kurdish armed movement the PKK and the Turkish army, which flared up again last July after a ceasefire of two and a half years.

While the government seems to bet on more violence to end the insurgency of the PKK, the protestors are smarter than that: they demanded both parties get back to the negotiating table and solve the Kurdish issue with democratic reforms. While the PKK has said it is ready for a new ceasefire, the government has vowed to fight the PKK until the last of its fighters lays down his arms.

The AKP government knows very well that its army cannot beat the PKK and vice versa -- the war of the last thirty years has made that very clear. But for the caretaker government, it's not about beating the PKK, but about a short-term goal: restore the AKP's majority in Parliament. The violence is supposed to win over ultra-nationalist voters and to hurt the HDP vote but several polls show the strategy is not working. 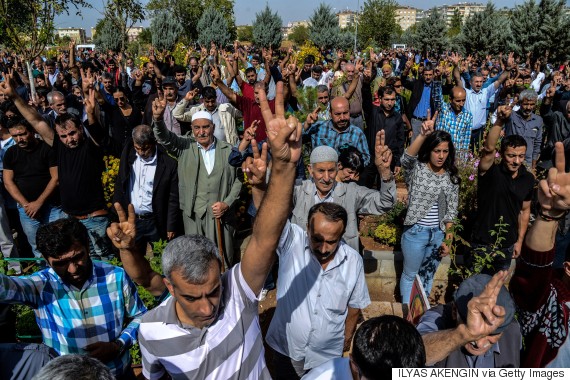 Grieving loved ones laid to rest some of the victims of the double suicide bombings in Ankara, denouncing the government in the first funerals from modern Turkey's worst attack. (ILYAS AKENGIN/AFP/Getty Images)

The goals of the Ankara protestors are both short-term and long-term. In the short term, they want an immediate end to the violence. In the long term, they want a democratic Turkey with a constitution reflecting the pluralist, multiethnic, multireligious and multilingual country Turkey is. Written by generals after the infamous 1980 military coup, Turkey's constitution still embodies what Turkey has been since its foundation in 1923: a state-centered structure that leaves no room for heterogeneity and forces everyone into a Turkish, Sunni Muslim identity.

Among all this destruction and mourning, the co-leader of the HDP, Selahattin Demirtas, has been showing himself as the statesman that Turkey is yearning for -- a role that President Tayyip Erdoğan is incapable of taking upon himself. Demirtas and his party are firmly rooted in the Kurdish political movement, and this movement has known for long that the solution to the oppression of the Kurds lies in more democracy for everybody. Demirtas emphasizes this in every interview he gives and every statement he makes.

He has called for a new constitution, for example, but it wouldn't explicitly mention the Kurds. It would mention no group in particular and thus make everybody a fully fledged member of Turkish society, whether he is Turkish, Kurdish, Laz or Armenian; whether he is Sunni Muslim, Alevi, Jewish, Christian or an atheist; whether he is heterosexual, transsexual or gay; whether his mother tongue is Arabic, Turkish or Greek.

The Ankara protesters want a democratic Turkey with a constitution reflecting the pluralist, multiethnic, multireligious and multilingual country Turkey is.

Erdoğan cannot and will not be the leader that Turkey needs. Eventually, he will fall. As the polls so far show, his tactic of stepping up the war against the PKK to regain the majority in Parliament isn't paying off. The AKP, good for 41 percent of the votes in June, has sunk well under 40 percent, and the HDP seems stable at 13 percent.

The big question is what Erdoğan will do after a possible new defeat. Make way for a coalition government, thus letting go of his executive presidential ambitions? Sabotage coalition talks again in order to enforce third elections within a year? And if the latter, will he persist on the strategy he followed this summer, culminating in the chaos Turkey is in now, with those wanting sustainable peace and democracy holding him at least co-responsible for the Ankara massacre? Or is there a presidential advisor left who dares to challenge the leader and who is able to convince him to try peace for a change, even if it costs him his power?

Only the last option will take Turkey to the next level. A radical break with the past is the only way to provide Helin's parents in Diyarbakir and the families of the Ankara massacre victims with the answers they deserve. The current state can't properly and convincingly investigate the political murders committed against its citizens. Only a truly new Turkey, based on pluralistic citizenship, can. 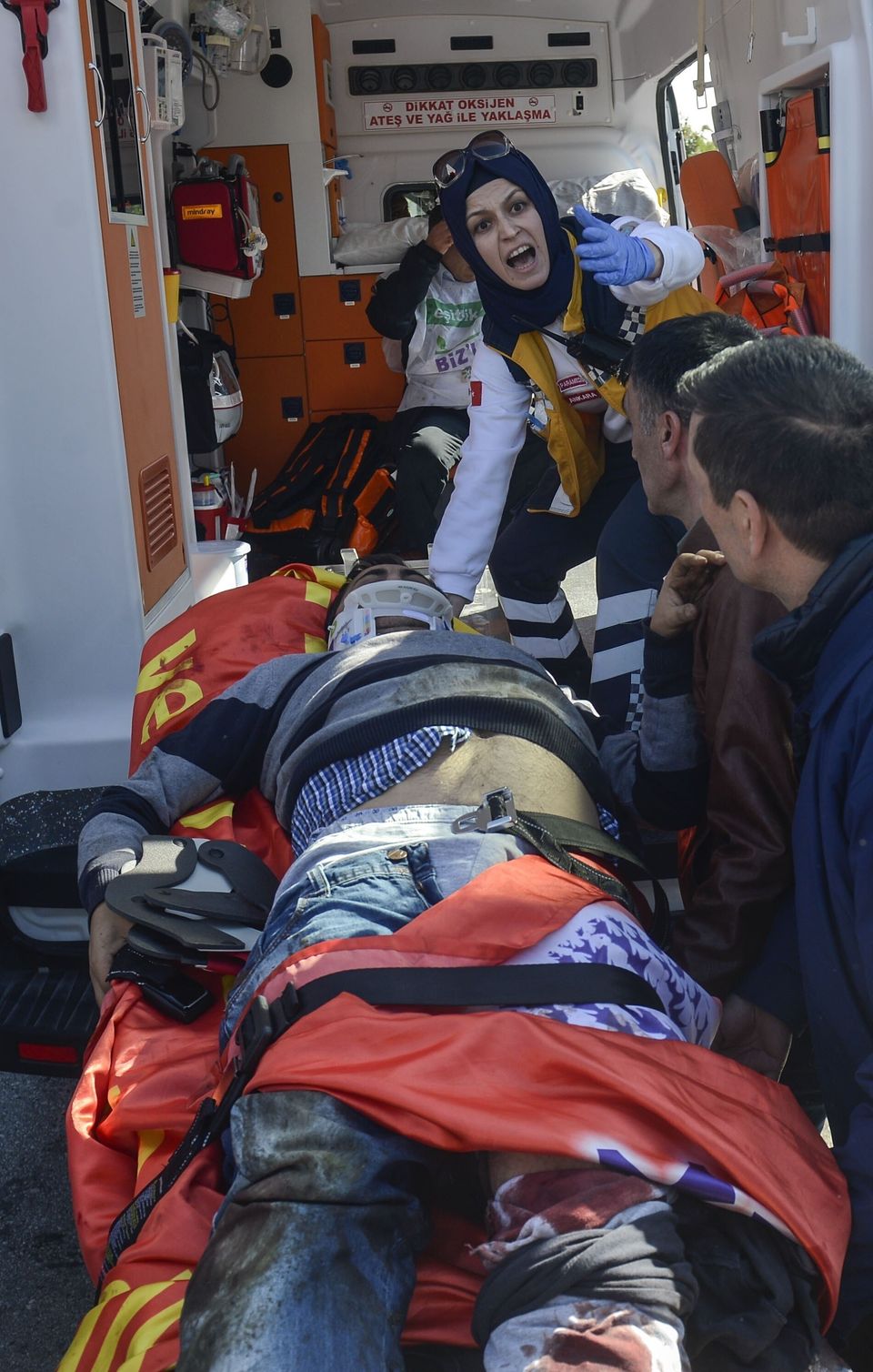