UFOs show up all over the world, making seemingly random appearances -- except, of course, for the many that are easily created via various software, posted online and promoted as the "real thing," whatever that real thing is.

But every once in a while, and over a relatively short period of time, reports of unidentified flying objects emerge from the same geographic area, and for no apparent reason.

During 2014, Medellin, Colombia, became one of those places. Medellin, population of 2.44 million, is the second-largest city in Colombia, located in the central Andes Mountains of South America. 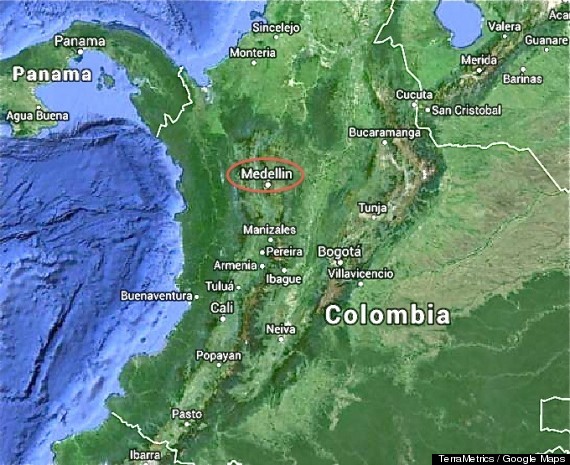 The Epoch Times reports that an almond-shaped UFO was videotaped moving slowly in the sky over a forest near Medellin on Nov. 16 and eventually uploaded to YouTube on Dec. 5.

Watch this most recent UFO video from Medellin, Colombia

"I think I know immediately what we are looking at," said Marc Dantonio of FX Models. "In my opinion, this is a public relations unmanned helium balloon that is tethered and is 18 feet in diameter. I know the dimensions because I know the balloon itself," Dantonio told HuffPost in an email.

"Various companies sell and rent them for publicity. In one video, you are told it is flying near Atanasio Girardot Stadium right before a big final matchup soccer game. It stands to reason that flying it for a publicity stunt before a major match makes sense. It is a UFO shape and these have been sold and rented for several years now."

"The amount of zoom required to get this object to fill the frame in any significant detail tells me that it's probably flying farther away than just a few city blocks. The most recent video of the UFO flying partly over the forest goes in and out of focus frequently, and at times it seems to disappear. It could simply be that the camera's autofocus was unable to hold a sharp image of the object at such a distance and with the trees in the closer foreground to throw it off even further."

The following composite image shows the aerial object in different positions while moving slowly above the trees. 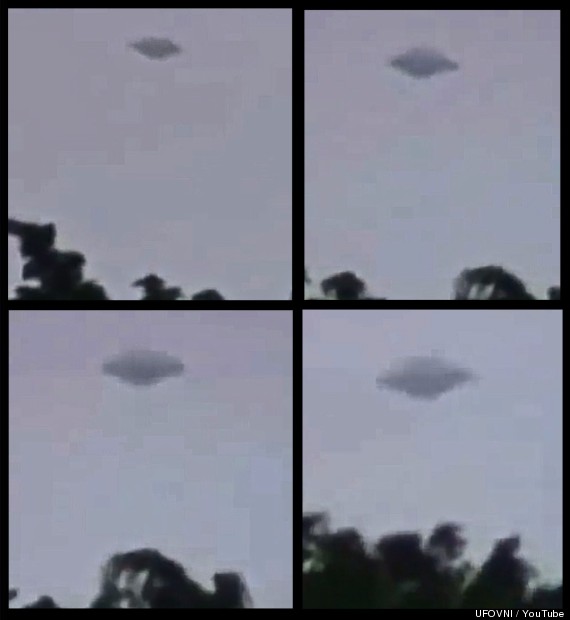 Both Hansen and Dantonio know a thing or two about creating unconventional, UFO-type objects and using them in research and televised investigations to try and explain many puzzling UFO reports.

In 2011, Dantonio, chief photo and video analyst for the Mutual UFO Network, built and flew a 4-foot circular object above a small Connecticut town at night to gauge citizens' reactions to the odd-looking thing in the sky. He did it for a National Geographic Channel special. 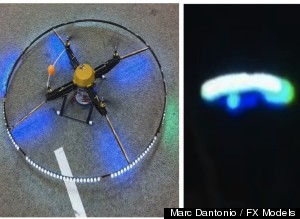 The image at left shows Dantonio's "UFO" in pre-launch mode on the ground and later in the night sky above Connecticut.

That same year, Hansen, a former FBI special agent, used large UFO-shaped balloons for "Fact or Faked" recreations of UFO hoaxes and actual sightings. "You can buy them as big as 20 feet in diameter," he told HuffPost. "When they get loose, the wind tosses them wildly and they tumble end-over-end through the air. The other thing that often happens is the weight of the tether and wind can make the balloon collapse on itself and it scoots along the ground knocking over children and smaller TV co-hosts. This occurred behind the scenes in our filming."

To see Hansen in action, "recovering a crashed UFO in the Mojave Desert," check out the slideshow below.

On Feb. 17, 2014, the following brightly-lit star-shaped object was videotaped over Medellin, visible for a couple of minutes before disappearing behind a building.

Other unusual lights in the sky over Medellin have been seen at different times in 2014, according to UFO Sightings Daily.

Dantonio is pretty sure the most recent UFO video is most likely in the balloon family.

"The object can be seen to sway gently back and forth, which is perfectly consistent with a tethered balloon. Further, since it is superimposed against the sky alone, there are no reference points to gauge its distance nor its size, which promotes mistaking this for a large object far away or a small object closer to the camera."

"Granted, it is Colombia and everyone probably lives near a soccer stadium, but if a match was going on, it might further support the idea that a balloon or blimp of some sort was involved in filming aerial shots or taking part in a promotion," he said.