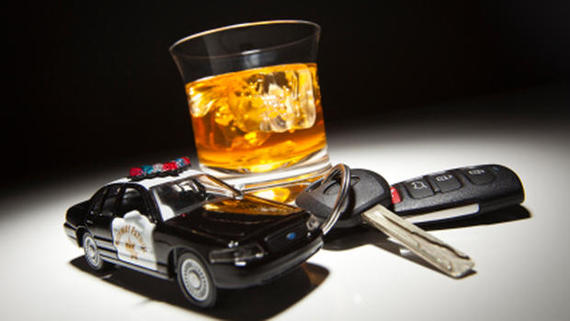 Drinking is a part of the Western culture. We, as Americans, take to drinking as soon as we reach the age of eighteen in any responsible household. Instead of considering alcoholism as a taboo to be dreaded, we willfully accept it as a part of our day-to-day life. And to an extent, that's okay. But that is only so as long as we choose to be responsible with our own drinking habits, preventing our own alcohol consumption from affecting ourselves or others.

To understand the most horrifying effects of drunken driving, you need look no further than a few statistics at DrugFreeWorld.com, a website fighting against addiction and abuse throughout the globe. According to them, the risk of dying in a vehicle accident is eleven times higher for a driver under the influence of alcohol. Further, in 2007 alone, the number of teenage drunk driving accidents resulting in death reached the shocking number of 1,393, which measures to about four accidents each day.

These statistics are appalling, and no doubt, our authorities are doing everything they can to prevent drunken driving from taking the toll of a national crisis. But it is regardless to say that it is not enough. In order to truly eliminate drunken driving, we, the civilians, need to take up the responsibility in our own hands. And indeed, if you are a responsible drinker, you will be pleased to know that the National Institute on Alcohol Abuse and Alcoholism launched a competition in 2015, where tech startups were given the challenging task of inventing wearables that could measure and report skin-contact blood alcohol content, abbreviated as BAC, in real time. The results were quite successful, and as reported by SnapMunk.com, here are the winners.

Despite a close competition, the $200,000 grand prize was snatched by BACtrack, a company founded in 2001 by Keith Nothacker. Their latest endeavor, Skyn, is a smartwatch-like bracelet, measures and reports alcohol content in blood my measuring your sweat. While not yet available for purchase in the market, the device, along with several other runner-uppers in the competition, is certainly a breakthrough in the world of startup technology.

Sure, we all love shiny new tech. Smartphones and smartwatches and VR headsets and whatnot. But is this new technology truly enough in countering what has taken the turn of a worldwide tragedy? Technology can only assist. The real initiative has to be from real people.