Recently the Food and Drug Administration (FDA) approved a new weight loss method. It's drastic; some may consider it a step too far due to its functionality, which involves draining newly consumed food through a stomach pipe into the toilet.

The newly approved device drains food from the stomach before the body gets a chance to process it.

AspireAssist consists of a medically implanted stomach tube with a connection port on the skin. A device removes food twenty minutes after it's been consumed. 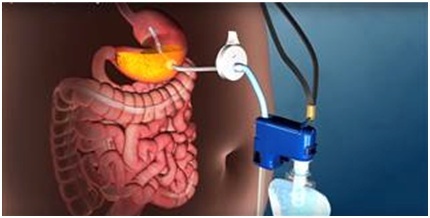 The system, which was developed by Aspire Bariatrics of King of Prussia, Pennsylvania, removes roughly 30% of food volume before your body has processed the calories. It's approved for those over 22 with a Body Mass Index (BMI) of 35-55 who have tried and failed to lose weight by other means. Studies show it reduces weight by 12% after a year of use.

The deputy director of the FDA Dr William Masisel said 'Patients need to be regularly monitored by their health care provider and should follow a lifestyle program to help them develop healthier eating habits and reduce their calorie intake.' A comment that indicates tools like the AspireAssist should be used alongside lifestyle changes, not as a way to continue eating unhealthily. People with eating disorders are not suited to the device either, with many critics slamming it as 'assisted bulimia'.

As with most medical interventions there are side effects. These include nausea, constipation, diarrhea and vomiting. Although undesirable supporters say these side effects are more acceptable than the side effects of obesity.

Why Is These Weight Loss Treatment Needed? 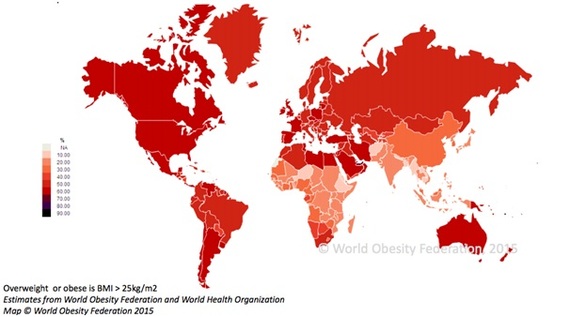 Obesity is not just a problem in the States but worldwide. Rates are rapidly rising with 38% of American adults and 17% of teenagers classed as obese, and now the Centers for Disease Control and Prevention state that the obesity rate of American women has peaked at 40% - the highest ever recorded.

Obesity is a problem not only because of the physical limitations it imposes, but also because of the health implications. Being overweight or obese leads to diabetes, heart disease, arthritis, stroke, high blood pressure, cancer and Alzheimer's.

When a BMI hits 30 or above you're considered obese. The Trust for Americas Health Jeff Levi says 'we have maps from 1991 and you see almost all the states below 10 percent... by 2011 every single state was above 20 percent obesity'. 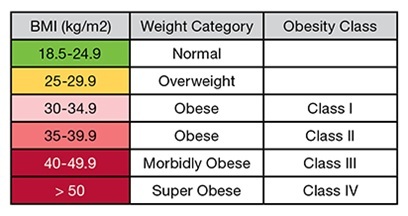 It's thought by 2030 42% of Americans will be obese. It's a huge problem not only for individual health, but also for the nation's finances, which already struggling to cope with the health costs of obesity-related illness. Estimates suggest $150 billion a year is spent on the problem obesity causes.

AspireAssist is for those who are truly overweight and at risk of death without urgent help. It's not a new concept though. There are other FDA approved methods too, because our battle with obesity has been growing over the preceding decades. Other methods are based around drugs and surgery.

Gastric bypass surgery. This procedure involves stapling the stomach so it's reduced in size and connecting it directly to the small intestine so less food is absorbed.

Gastric band surgery. This involves a small bag of saline, which is wrapped around the stomach to reduce its size. The stomach becomes a pouch that will only hold around an ounce of food at one time.

Weight loss drugs have been regarded as some as magic beans, which promises the earth, but delivers little in the way of result. However, recent reports have found that some do actually support weight loss.

Using data from 30,000 overweight and obese adults they found drugs containing orlistat, lorcaserin, naltrexone-bupropion, phentermine-topiramate and liraglutide were linked to a 5% reduction in weight loss over a year.

These are sold under the brand names Xenical, (the only available UK option), Alli, Belviqm Contrave, Qsymia, Saxenda and Victose.

Weight loss drugs work by blocking the lipase enzymes that break down fats for absorption. Active ingredients attach themselves to fat cells like parasites, and fat is flushed out with waste products in the usual way.

FDA approved weight loss methods such as weight loss pills are regarded as safe when they are taken on prescription, according to the instructions. Surgery will be carried out at the request of a doctor after all other methods have failed.

Drastic weight loss methods are not the first line of defence against obesity; they are a last resort for the morbidly obese. A calorie restricted diet and exercise program is the healthiest way to lose weight.

Moving regularly and eating a healthy balanced diet is essential if you want to avoid obesity. However, if you're dangerously obese and you've tried all other methods then the FDA approved weight loss methods offer a glimmer of hope - but they come at a price.