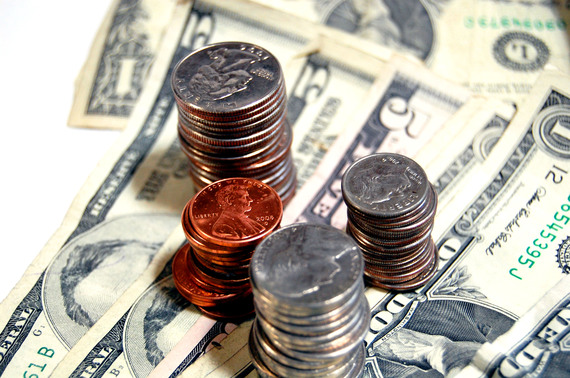 Another year has come and gone, and 2015 presents an opportunity to start fresh. With that in mind, it's time for the newly minted 114th Congress to make the right choices for the public's interest in its New Year's resolutions, and making the tax code fairer is a good place to start.

"Tax reform." Perhaps you hear these words and your eyes gloss over. It's long been talked about, but hardly any progress made on the issue in nearly 30 years. However, both the president and Republican Congressional leaders have said they're willing to make headway by reforming the corporate tax code. Here is a short list of Do's and Don'ts that puts the public interest first and should form the basis of any agreement:

-- Close the loopholes that let wealthy multinational corporations get away with tax avoidance. Corporate tax haven abuse costs the federal government $90 billion in lost tax revenue every year. As a result, ordinary taxpayers have to pick up the tab through cuts to public priorities, higher taxes or more borrowing. In fact, to make up for that lost revenue, every small business in America would need to pay an additional $3,206 in federal taxes.

For example, take a loophole that tax lawyers have affectionately dubbed the "Double Irish" and the "Dutch Sandwich," an egregious tax avoidance scheme used by Google and many other tech companies. For Google, this involves shifting profits to two Irish subsidiaries and one in Bermuda, a tax haven. Before going to Bermuda, the profits take a pit stop at a P.O. Box shell company in the Netherlands that has no employees. These gimmicks helped shrink Google's tax bill by $3.1 billion from 2008 to 2010. Apple so deftly exploited similar loopholes that it was able to book $30 billion in profits to a phantom subsidiary that had no employees and was not considered a tax resident of any country in the world.

Loopholes allowing these types of tax avoidance schemes will likely be up for consideration, and in the worst-case scenario, could be made permanent. Congress must reject these proposals and finally close these tax avoidance loopholes.

-- Pass meaningful legislation to stop corporate "inversions." Over the past several months, well-known companies such as Burger King, Walgreens and Pfizer considered or followed through with the idea of changing the address of their corporate headquarters abroad on paper to avoid U.S. taxes -- a tax avoidance gimmick called an "inversion." By buying out a smaller foreign company that is often based in a tax haven, companies that "invert" don't move abroad in any real sense, and continue to benefit from America's infrastructure, education system, security and large consumer market.

Last year, the Treasury Department issued a ruling that curbed some ways companies can invert, but it isn't enough. The ball is in Congress's court, and Congressional leaders have proposed strong legislation that should be passed, now. Unless meaningful legislation exists to restrict this practice, companies will continue to shift their tax burden to the public, whether through higher taxes, more debt, or cuts to essential public programs.

-- DO NOT adopt a "territorial" tax system, which incentivizes corporations to further shift profits abroad and avoid taxes on U.S. income. A "territorial" tax system is akin to a permanent "get out of taxes free" card. The U.S. already loses approximately $90 billion in federal tax revenues every year due to corporations booking their profits to offshore tax havens. These abusers benefit from our markets, infrastructure, workforce and security, but pay next to nothing for these benefits. Shifting to a territorial tax system would put small businesses and larger domestic companies at a competitive disadvantage.

Corporate lobbyists argue that, since other countries have adopted a territorial system, the U.S. should follow suit. A look at the UK should provide a cautionary tale. Despite rules intended to prevent tax haven abuse, Starbucks paid no corporate taxes in the UK from 2009 to 2012. Starbucks was able to shift profits abroad by paying premiums for coffee beans and roasting to offshore subsidiaries, and as a result were able to make it look like it was operating at a loss in the UK. Because the UK levies corporate tax on domestic profits, this income shifting eliminated Starbucks' UK corporate tax bill. Other multinational companies, such as Amazon and Google, engage in similar practices.

- DO NOT pass a temporary corporate tax "repatriation" holiday. A tax holiday would reward the most aggressive tax dodgers by giving companies a massive tax discount on the profits they've booked offshore for tax purposes.

We've been down this road before and it wasn't pretty. In 2011 a Senate report found that much of the profits some multinational corporations were supposedly holding offshore were actually sitting in U.S. bank accounts and other assets, undercutting the very premise that 'bringing the money back' would be a boon to the economy. Following 2004's corporate tax holiday, many of the companies that touted these economic benefits used the extra cash to enrich shareholders or pay down corporate debt rather than to create jobs. The Senate also found that the 15 firms that repatriated the most money that year -- approximately $150 billion collectively -- actually shed nearly 21,000 jobs, while increasing executive pay and slightly decreasing investment in research and development.

The spotlight is on the Republican-controlled Congress -- and making these reforms a priority is a critical first step toward fixing our tax mess. The president has an opportunity to shed light on these issues tonight in his State of the Union address -- making the case for average Americans. While many special interests will try to hijack the congressional decision-making process, the public's interest should rise above all others.