The pace of the DC Real Estate market continued right through the fall with a fury. The pace of the market actually continued right through the holidays with a fury. It was shocking to see houses listed on Christmas Eve and under contract by New Year's, but then, this has been a shocking market. When I was out showing houses on New Year's Day to my long-suffering clients who were outbid close to 10 times, I braced myself for a busy spring.

So, uh, where is spring? The weather dipped to the single digits sometime in mid-November and I can't recall the temperatures heading north of freezing for much more than a day or two since. We just got pummeled with more snow. I've told pretty much anyone who will listen to me that I hate this weather. But I digress.

In a not-so-surprising turn of events, things appear to have slowed down post-holidays. Perhaps it's temporary, though many of my fellow agents are lamenting the same woes. Houses are not flying off the market in a few days anymore. Bidding wars aren't the rule anymore. Sellers can't get away with overpricing a piece of garbage and finding several buyers in line to overpay for their shack. Only a few select areas are still "hot." What's that we always said when I worked for the builders? That's right. The pie cools from the outside, in. The good news is that there are good deals to be had now in Maryland and Virginia, where houses are staying on the market longer.

There are promises all around that it will get better but I have it on good authority that many builders are getting quite a bit of cancellations in the new home sales market and the change is definitely noticeable in the resale market.

So? What happened? It's anyone's guess but here are my thoughts.

1) The weather. It's just too damn cold to go out there and look at houses. 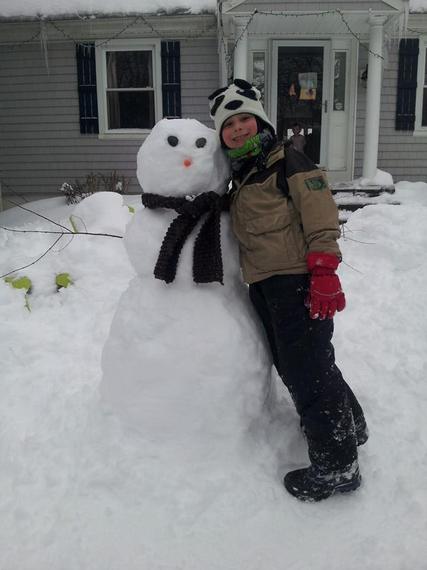 2) The inventory. There still isn't a lot on the market and what's out there has been picked over already - and usually for good reasons. Either the property is overpriced or there's an incurable defect about the property that buyers just aren't willing to accept. Usually though, like my real estate finance teacher used to say in grad school: There is no such thing as bad real estate, only bad prices. (I'm looking at you, sellers of houses on the market 100+ days! And don't give me the old crap that you don't really want to sell. If you don't really want to sell then why are you on the market?)

3) Interest Rates. Doesn't matter that they're still pretty low historically - buyers think you've taken money out of their pocket when they have to hear from their friends who locked for 30 years at 3.5 while they are now are facing down 4.5 or higher. (Shut UP friends! You got a good deal now stop rubbing everyone's face in it or we'll let the air out of your tires.)

4) Apathy. There were so many bidding wars and escalations in 2013 that I get the sense some people are burned out. You can only house hunt actively and aggressively for so many months before you either make a big compromise - usually by switching to less competitive locations or deciding to rent for another year.

Spring is supposed to be here at some point, and while the jury is still out on what the market will do, I think we've entered a leveling-off zone. Based on what I'm seeing with clients and my general sentiments about the local market, I believe the frenzy peaked. Now, instead of seeing another year of double digit growth, we'll be back to more modest single digit percent increases in price that pace with the more logical indicators like oh, I don't know, people's increases in income?

Only when the sun comes up will we know for sure.

Melissa has been in the Real Estate Industry for 13 years and is a Realtor with City Chic Real Estate in Washington, D.C.