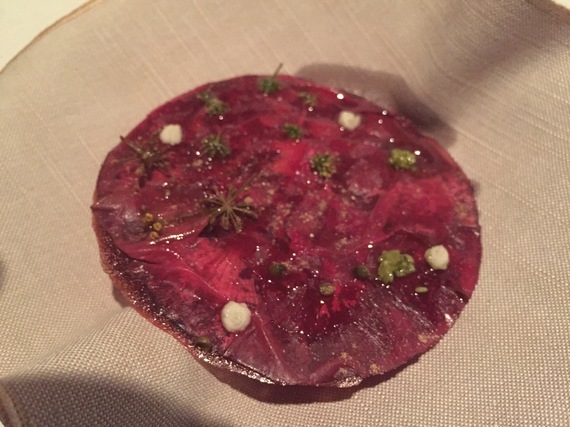 Last night, Lisa and I ate a special New Year's Eve dinner at Noma, reputed to be the 'World's Best Restaurant' for an astonishing four years in a row.

Many years ago, (many, unfortunately), I was in Nagano, Japan. This was even before the winter Olympics were held there, so this was a LONG time ago.

In any event, I was invited to what was called a 'very special meal' at a Buddhist Monestary in the mountains outside Nagano. There, I was served a multi-course dinner consisting entirely of vegetables. This was not your typical 'vegetarian' meal. On the contrary, each dish, and there were many, was completely unique - and beautifully presented.

It was more like discovering an entire cuisine that you never knew existed before. As though you were having Chinese food or Italian food for the very first time in your life.

This was our experience at Noma last night.

An entirely new and different cuisine. 14 or 15 courses of food and ways of preparing it that we had simply never tasted or experienced before. That alone was more than worth the price of admission.

The philosophy behind Noma is that all of the ingredients are localy sourced. Denmark has its gastronomic limits when it comes to the raw material - pine trees, clams, seaweed, moss - you get the idea. But Chef Rene Rezepi's creativity is astonishing. Anyone (or almost anyone) can broil a chicken. But try making roasted kelp ice cream - then try making it taste better than vanilla!

The courses, and there were many, (although each one is small), ran the spectrum from sea urchin and walnuts to egg yolk, potato and nasturtium to sliced raw squid and kelp. But to list them does not even begin to explain the incredible complexity with which they are prepared and presented. 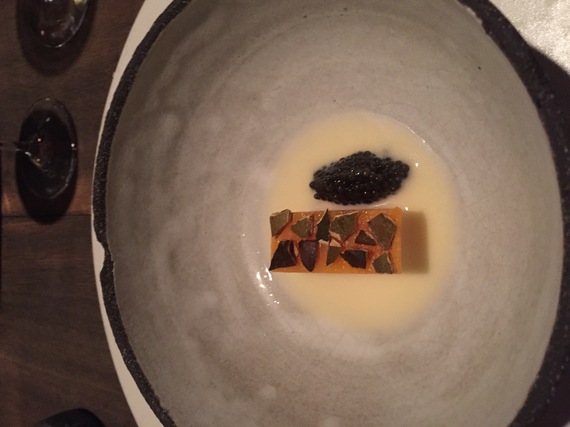 
One course, call simply Cabbage and Samphire was actually a kind of sandwich of watercress and samphire between two leaves of 'crispy cabbage' - two cabbage leaves that had been baked and prepared in a variety of ways for 26 hours - each. The taste was, as I said, unlike anything we have ever eaten before.

The photo above, for example, was fermened plum and wild beach roses, but presented as a kind of disc roaring with flavor but the kind of flavors I simply have never had before.

All in all, an absolutely astonishing experience.

I have to, in writing this, thank my good friend Mark Bittman, the food critic for The New York Times, who help us enormously in securing this reservation. Even then, it took nearly a year of back and forth emails. But believe me, it was worth it.

Oh, and one more thing.

I lived in Copenhagen for about 6 months in the 1980s when I was working with Jan Stenbeck and we were building TV3, the first commercial TV station in Denmark (and VJ-driven!).

At that time, my taste in food was, well, let us say, a bit less developed. In fact, I ate at the same Chinese restaurant pretty much every day. Remarkably, last night, in a walk along the Strogt, the walking street, Lisa and I found the restaurant. It is still in business! 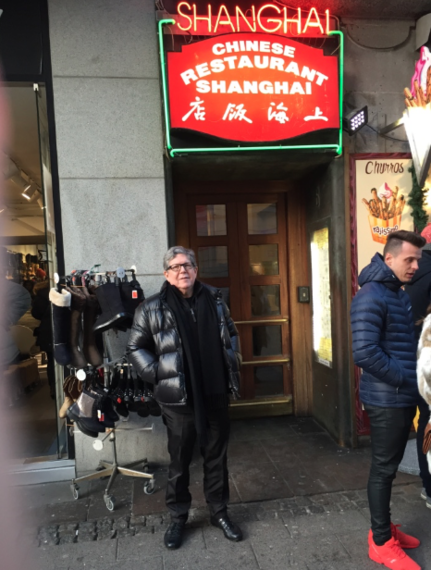 Sadly, Noma will not be. Having achieved the absolute pinnacle of success in the food world, Noma is closing its doors for the last time, one year from today - so get going!

More:
StyleNomaCopenhagendenmark
Newsletter Sign Up
An essential daily guide to achieving the good life
Subscribe to our lifestyle email.
Successfully Subscribed!
Realness delivered to your inbox