ADELAIDE, Australia — Multicolored starbusts and gigantic sparklers lit the midnight sky over Sydney Harbour in a dazzling fireworks show witnessed by 1.5 million enthusiastic spectators who camped out all day to ring in the new year.

Sydney touted its claim to be the New Year's Eve capital of the world with a spectacular display over the iconic Harbour Bridge using 7 tons of fireworks, its largest since 2000.

"Stunning, beautiful," said Cinthya Romo, 32, a Sydney-based interpreter from Chile who watched the 12-minute fireworks show from the Opera House.

As the clock ticked closer to 2011, cities across Asia readied for midnight events ranging from traditional prayers in Japan to a massive pyrotechnic display in the shape of a dragon in Taiwan. Europeans were looking forward to celebrations that could help them forget their economic worries.

Hundreds of thousands of people gathered along Hong Kong's Victoria Harbor to watch fireworks explode from the roofs of 10 of the city's most famous buildings. Shoppers bustled among the glittering malls and hotels on both sides of the harbor as they waited for the midnight countdown in a night of cool, clear weather.

At Japan's Zojoji temple in central Tokyo, founded in 1393, monks chanted as thousands packed in to count down until midnight. Revelers released a mass of silver balloons carrying notes with their hopes for the future, as the temple's giant 15-ton bell rang in the background.

A few hours earlier, New Zealand and many South Pacific island nations were first to see in new year.

New Zealanders sang and danced their way into 2011, with firework displays and sold-out concerts entertaining revelers. In the biggest city, Auckland, explosions of red, gold and white burst over the Sky Tower while tens of thousands shouted, danced and sang in the streets below.

In New York City, nearly a million revelers were expected to cram into the streets around Times Square to watch the traditional midnight ball drop. The 20-inch snowstorm that blanketed the city will be just a memory thanks to work crews and warmer temperatures.

This year marks the first time Vietnam's capital, Hanoi, officially celebrates the new year with a countdown blowout, complete with a light show and foreign DJs in front of the city's elegant French colonial-style opera house.

Vietnamese typically save their biggest celebrations for Tet, the lunar new year that begins on Feb. 3. But in recent years, the Western influence has started seeping into Vietnamese culture among teens, who have no memory of war or poverty and are eager to find a new reason to party in the communist country.

At midnight in Taipei, Taiwan, fireworks formed a spiraling dragon climbing up the city's tallest skyscraper.

In the Philippines, powerful firecrackers have injured at least 245 people in recent days and Health Secretary Enrique Ona urged safety during Friday's celebrations, saying he feared up to 1,000 injuries.

Many Filipinos, influenced by Chinese tradition, believe that noisy New Year's celebrations drive away evil and misfortune. But they have carried that superstition to extremes, exploding huge firecrackers sometimes bigger than dynamite sticks to welcome the new year.

In Europe, many people will be partying simply to forget their economic woes after a year that saw Greece and Ireland needing financial bailouts and others, such as Spain and Portugal, battling speculation that they will need similar aid.

In London, thousands will witness a musical and firework display at the 135-meter high London Eye, located on the southern banks of the Thames River. The Eye, which is celebrating its 10th anniversary, lies almost opposite the Big Ben clock tower at Parliament that will chime in 2011.

If not at home or at private parties, Spaniards traditionally gather in their main town squares to eat 12 grapes one by one as the bell in the square marks the countdown to 2011.

In Berlin, German Chancellor Angela Merkel said in her New Year message that Europe is dealing with a major test and must strengthen the euro, even as she celebrated Germany's emergence from the economic crisis, powered by strong exports.

Merkel said in her televised message being broadcast Friday that "it was a good year for Germany."

Associated Press writers around the world contributed to this report. 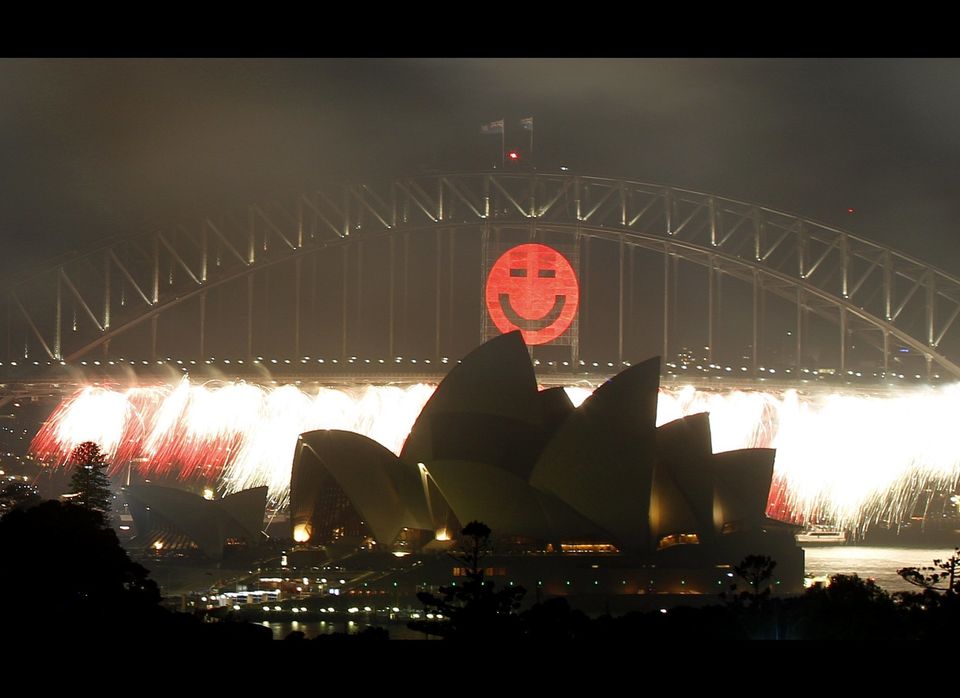