As I write this, I am sitting in Times Square, New York. I'm not sitting in the long line -- that started early this morning -- of people waiting to see the ball drop at midnight. I'm not waiting to see the star-studded show that will happen, just a hop, skip and a jump from the hotel lobby where I'm writing. I'm waiting to get out of the city.

My husband and I decided it would be fun to bring our 18-year-old son to New York City to see some of the renowned holiday windows; visit the famous museums; the lights, and the Broadway shows. We knew it might be very cold, but we're people who prepare. We knew the city would be busy; it's holiday break for all public school kids. We found out that by leaving on New Year's Eve day we could save a lot of money, so we booked our flight home to the West Coast for late in the day -- knowing we'd forego celebrating the end of 2014 anywhere interesting. With all likelihood, we'll be on the highway driving home when the clock chimes midnight.

We visited The Met; we spent much of a day at the Museum of Natural History; walked over the Brooklyn Bridge, and visited 1 World Trade Center and the memorial. We saw two shows (The Curious Incident of the Dog In The Nighttime and Hedwig and the Angry Inch); we ate specialty foods in the places that made them "famous" -- doughnuts at The Doughnut Plant, cronuts at the Dominique Ansel Bakery, pizza at Johns. We walked in Central Park and listened to a busker play John Lennon's "Imangine," at Strawberry Field, the memorial just outside The Dakota, where John was shot, 34 years ago this month. We stayed in Times Square, right at the hub of where it's all happening tonight. The stage is literally right outside our hotel door. 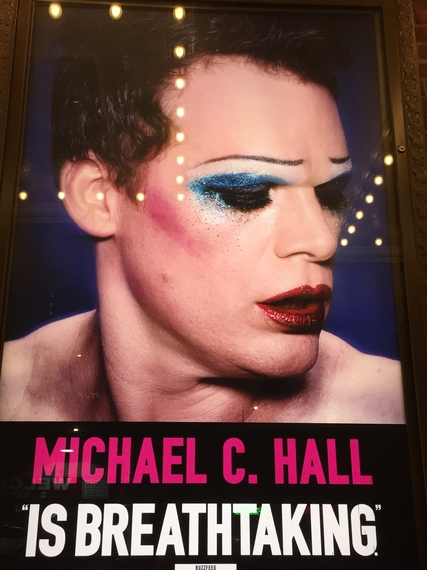 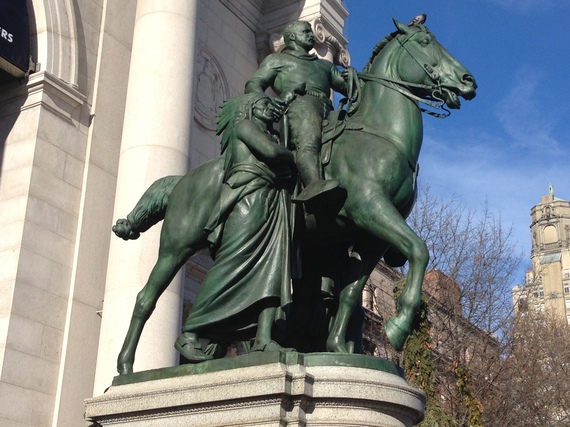 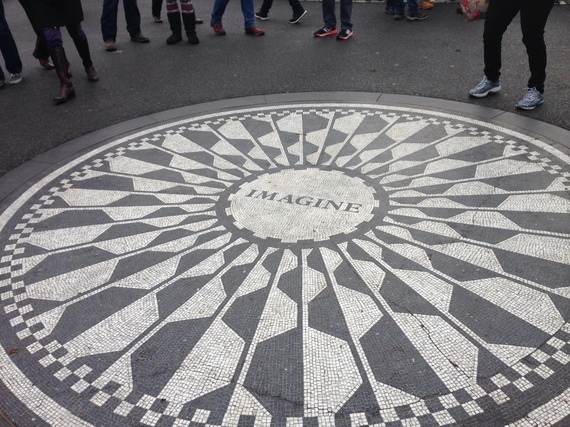 And that is why we're leaving today. The cost of staying one more night brought the entire trip (airfare and hotel, in particular) up, up, up! Add to that what most people who head to Times Square for New Year's Eve don't know: There will an estimated 1 million people in the square tonight; it's bitter cold and will get colder as the wind chill drops; you can not leave once you get in (or, if you do, you can't get back in). And here's the clincher: There are no toilets anywhere in the square! If you come to drink and be merry, you better have an ironclad bladder. My 18-year-old might in fact be able to do this, but as a 50-something mom of three, that seems well out of my comfort zone.

Our hotel is issuing letters that enable you to come in and out of Times Square, to get in and out of the hotel, but they gave it to us with a stern warning: Just because you have this letter doesn't mean you'll actually be able to get here. In fact, the staff laugh at the idea of trying to go anywhere. We were told to leave for the airport -- and we have to walk four to six blocks with our luggage, because the NYPD closed off local traffic hours ago -- by 1:30 p.m. for a 5:30 p.m. flight. That's if we can find a taxi. Again, four to six blocks with our luggage... in bitter cold!

So we took the smart route, and came five days ago and saw what we wanted to see. Let's face it, you can't see everything in New York City with five days. Our first day we walked 15-plus miles, and we averaged eight miles of walking each day after. It's fun to ride the subway, but then you miss the sites. This is an infinitely walkable city, and I hate to miss a thing. I'll have time to rest when I'm dead; while I'm here in this amazing city, I want to see as much as I can.

Admittedly, whether it makes more sense to leave or not, I have some regret about leaving today -- when CNN is right outside and the crowds are filling in, the excitement is palpable. I've been watching the ball drop in Times Square, on television, all of my life. We stayed up as children to watch Dick Clark and the festivities. It's been on my bucket list since I was in college. However, faced with the reality of the challenge, we opted to flee.

Tonight, I will miss the show on TV, as we drive home. I'll look at the digital clock in my car and know that we were here, right here, where it's all happening... and we left. I may regret it for a long time, but looking at the crowds just in this lobby, watching the live-cam of the crowds outside, it seems a smart move to slip away and welcome 2015 in the quiet of our evergreen world at home.

Proof from the hotel live cam, that we were there: 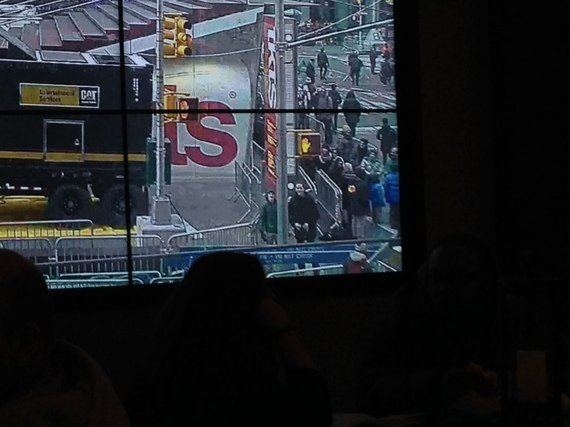 Wherever you spending it, Happy New Year!