The city's Board of Health approved Mayor Michael Bloomberg’s ban on large sugar-sweetened drinks at its monthly meeting Thursday morning. Nine members voted for it, and one abstained.

Under the plan, all restaurants, fast-food joints, delis, movie theaters, sports stadiums and even food carts will be barred from selling sugar-sweetened drinks in cups larger than 16 ounces.

The limits will not apply to drinks sold in grocery stores, diet sodas, drinks that are more than 70-percent fruit juice, or that contain alcohol.

Dairy drinks containing more than 50 percent milk will also be allowed thanks to their redeeming nutritional qualities — though that’s little solace for Frappuccino lovers since the Starbucks treats contain far less milk than that.

The plan, which requires no other authorization than the Board of Health's vote, has elicited outrage from many, including representatives of the beverage industry which launched an aggressive million-dollar lobbying campaign against the restrictions, accusing Bloomberg of running a Nanny State.

Bloomberg argues the ban would be a huge blow against obesity in the city.

The mayor and his Health Commissioner Thomas Farley insist the plan will eventually gain favor, just like the smoking ban in bars and restaurants.

"We've heard these claims of pending apocalypse before when we proposed bold public health initiatives, and they have been proven false," Samantha Levine, a Bloomberg spokeswoman, said in a statement.

"Critics predicted the end of tourism and that businesses would sink when we banned smoking in bars and restaurants, yet we've grown tourism to record levels and the restaurant and bar industry continues to grow," she said. A recent Quinnipiac University poll found the plan has fallen flat with New Yorkers, with 51 percent of those polled opposed.

Once approved, restaurants will have nine months to comply with the limits before facing $200 fines.

Opponents say they are weighing their legal options. 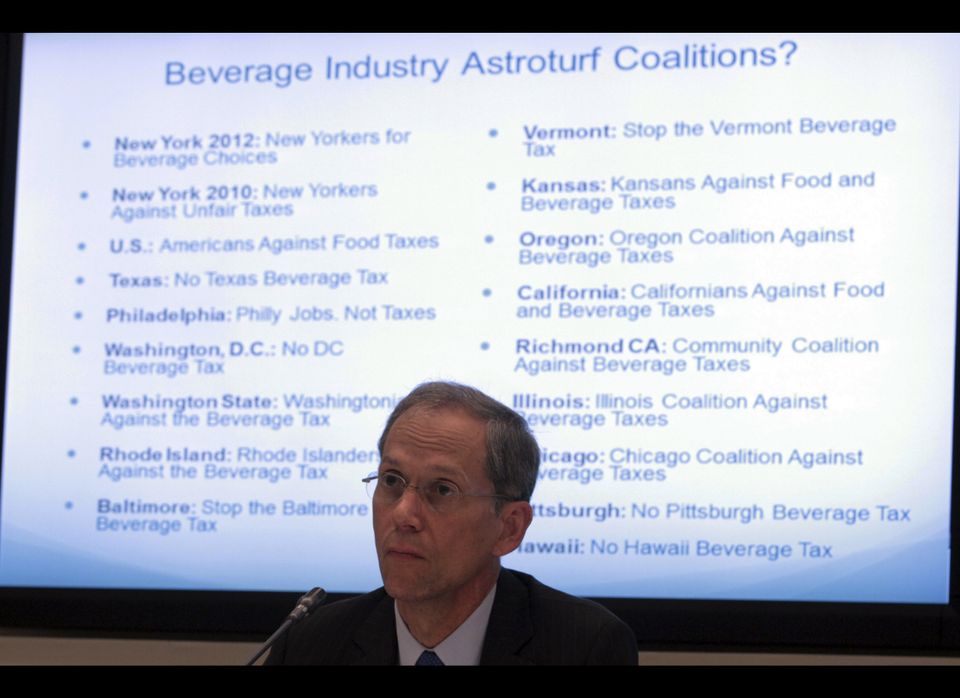 1 / 5
Healh Commissioner Thomas Farley
New York City Health Commissioner Thomas Farley listens to testimony during a New York City Board of Health public hearing on the proposal to limit the size of sugary drinks Tuesday, July 24, 2012 in New York. New York faced the next step in a bitter battle over large sugary†drinks Tuesday, with the soft drink and restaurant industries protesting the mayor's proposed ban and the public lining up to have its say. (AP Photo/Mary Altaffer)