When the lights went out on August 14, 2013--less than two years after the September 11th attacks--New Yorkers initially feared terrorism. Their concerns were assuaged when Mayor Michael Bloomberg announced that the blackout was actually caused by a massive power outage sweeping across the Northeast.

Old power lines, summer heat, overgrown trees, outdated equipment, and human error had all combined for one of the largest outages in history. 50 million people in the U.S. and Canada were without power.

Unlike the blackout of 1977, New York City didn't descend into crime and looting. In fact, according to NPR, cops reported less crime during the 2003 blackout than during the same period in 2002.

For a walk down memory lane, check out the photos below, and listen to this charming NPR piece.

And lastly, what were you during during the 2003 blackout? Tell us in the comments section below. 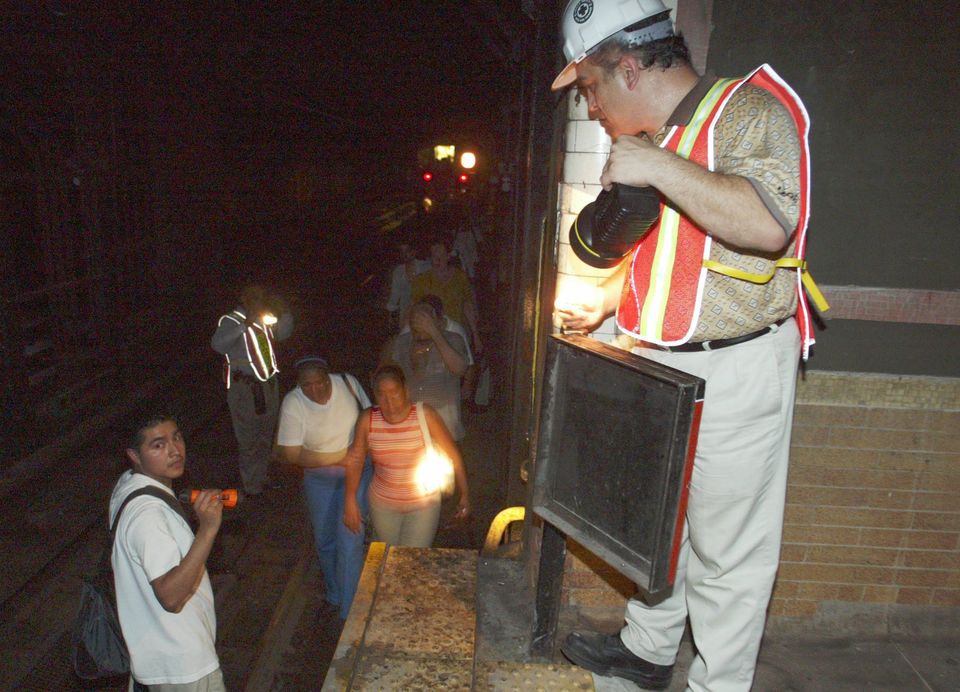 1 / 75
FILE- In this Aug. 14, 2003 file photo, New York City transit workers escort riders off of a stranded subway car, during a power outage. About 50 million people lost power Aug. 14, 2003, when a tree branch touching high-power transmission lines in Ohio started an outage that cascaded across a broad swath from Michigan to New England and Quebec. (AP Photo/Diane Bondareff, File)
AP