With such a large and diverse population spread across so many dynamic neighborhoods, it can be hard to get a sense of what New York City is actually like. This series of maps might give you a better idea.

The maps show the differences between New York City neighborhoods across a number of factors, including income, unemployment and even noise pollution. The maps were produced by PlaceILive.com, a website that provides hyper-local information on urban neighborhoods. PlaceILive.com used data from a variety of sources, including its own analysis U.S. Census data.

Without further ado, here are 16 maps that will change how you look at New York City:

Everyone knows that New Yorkers pay high rents. The citywide monthly average is $1,328, according to the U.S. Census. Here's who pays more and who pays less: 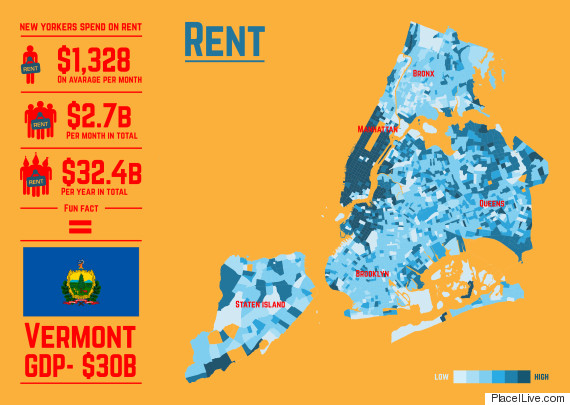 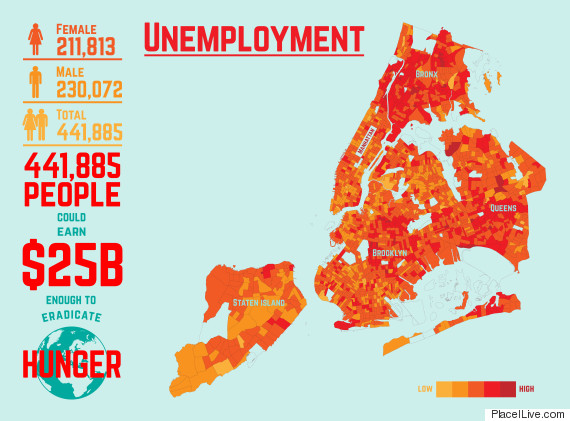 Staten Island is where you probably live if you're married. Manhattan is for singles.

New Yorkers' total income each year is $496 billion, according to the U.S. Census. 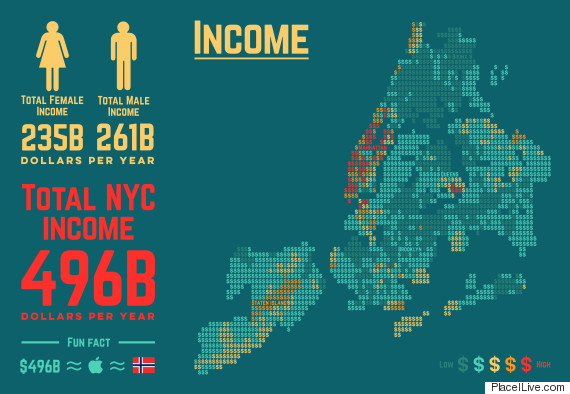 Outer boroughs have a high concentration of mortgages. 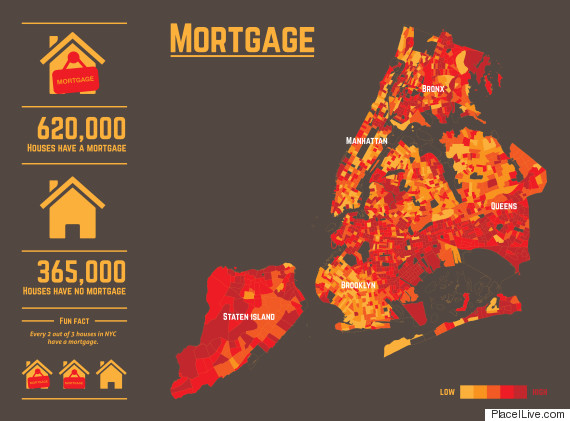 Seven out of the 10 top noise locations are on Flatbush Ave in Brooklyn, according to data from Socrata, a site specializing in displaying government data in easy-to-view formats. 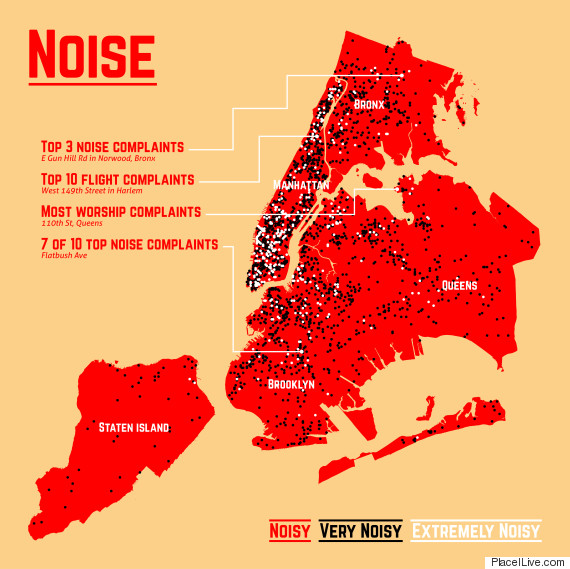 High rates of pickpocketing and grand larceny make up most of the reported crime in Manhattan, according to data from the New York City Police Department. 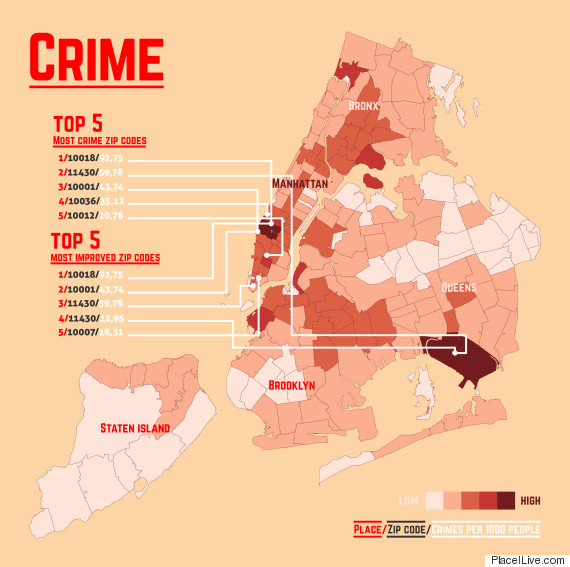 Brooklyn and Staten Island have some of the lowest air quality during the day, according to Breezometer. 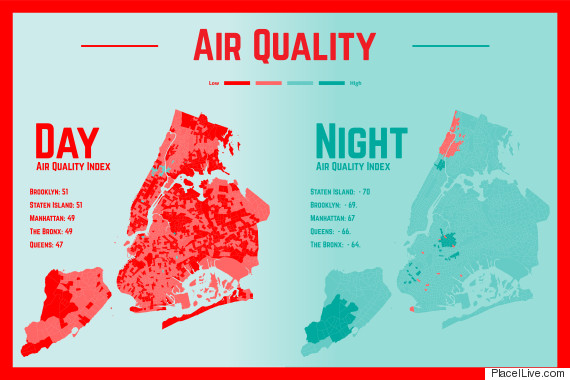 There are almost as many New York City citizens with a higher-education degree (1.75 million) as there are people living in Nebraska (1.86 million), according to U.S. Census data. 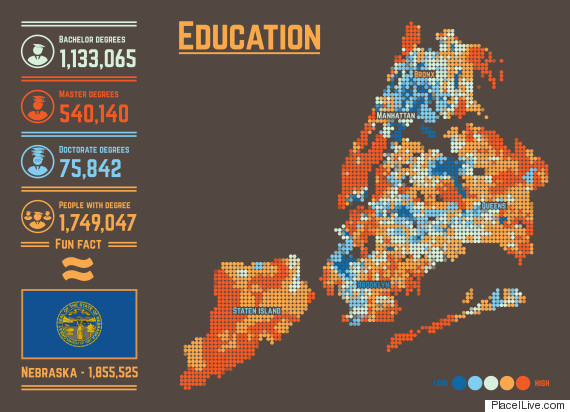 The distribution of ethnicities was determined using U.S. Census data. 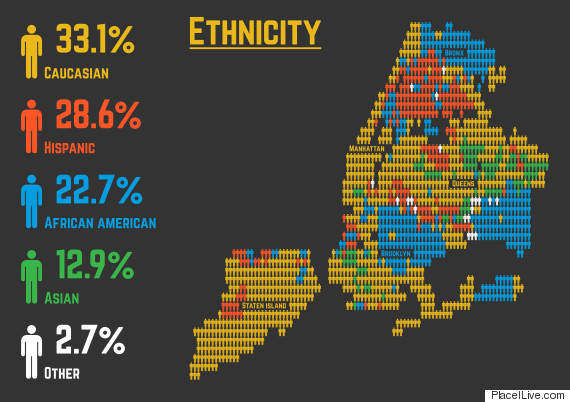 The vast majority of home heating in New York City is utility gas. 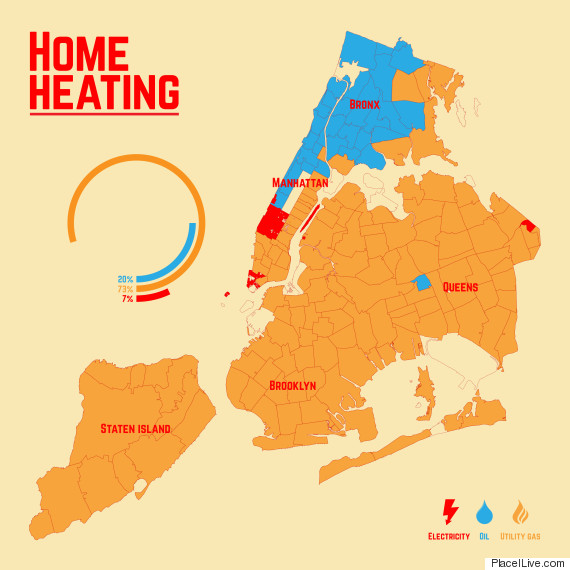 The data was supplied by the New York State Broadband Mapping project. 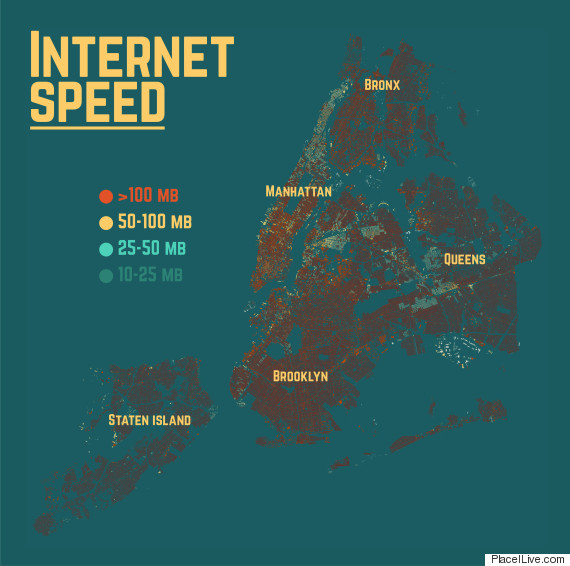 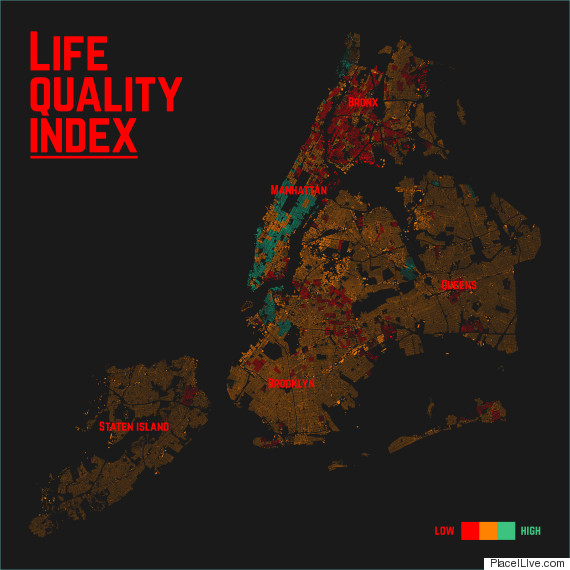