As rising utility rates start to squeeze working-class New Yorkers and as power plant owners seek to build new fossil fuel infrastructure, calls have mounted in the nation’s largest city to remove the profit motive altogether and seize the means of electricity production.

But a government takeover of the city’s utility infrastructure would be no simple feat ― steep costs, lengthy legal battles, and that’s before you get to the challenge of replacing fossil fuels with cleaner alternatives. Blackouts, electrical accidents and pollution would become a political liability for anyone in power.

Lander envisions spending $500 million over the next eight years to install 25,000 solar panels on rooftops citywide. The city would own and operate the panels through a municipally run utility that, given how much electricity it would generate, could negotiate better rates with Consolidated Edison, the private utility giant that controls the city’s transmission lines.

The new city-owned entity would pay rent to landlords and homeowners in exchange for rooftop space and take on all the installation costs, making it an easy sell.

“It seems so obvious, yet no one in the U.S. that I can find at any scale is doing this,” Lander said. “It seems so straightforward, given, on the one hand, an appetite for public power and, on the other, the clarity that we need to do a giant expansion of rooftop solar.”

New York City is far from the only place where progressive advocates are demanding a public takeover of utilities. Similar campaigns are underway in places such as San Diego, Chicago, and parts of Maine.

But the five boroughs face unique challenges. A dense urban landscape with fickle weather and limited green space, the chain of islands and peninsulas that make up New York City offers few ideal spaces for big renewable plants. The city’s top source of zero-carbon electricity, the nuclear plant at Indian Point Energy Center, shut down permanently last month. Meanwhile, it will be at least three years until a series of offshore wind turbines come online off the coast of Long Island.

That means the city is more dependent than before on fossil fuels at a moment when slashing emissions from buildings’ heating systems or from automobiles require electrifying appliances and cars ― adding even more demand to the grid.

Against that backdrop, Lander’s proposal looks like “an exciting plan,” said Ashley Dawson, a professor at the City University of New York and author of a new book on publicly owned utilities, ”People’s Power.”

“It’s dead right about all the obstacles to installing solar in NYC, and about the consequent slow build-out in the city,” Dawson said. “The financing ideas seem reasonable, the incentives to homeowners seem strong, the green jobs promise will be enticing for unions and climate justice organizations, and of course the idea of creating a public alternative to Con Ed is very much in line with the Public Power NYC campaign.”

The proposal promises to create “thousands” of jobs, streamline the city’s permitting process for solar panels, and work with the fire department to create new rules for installing and using batteries to store extra electricity. It’s the second major climate pitch from Lander, who put out the first decarbonization plan of the 2021 election late last year and won the progressive climate group Sunrise Movement’s endorsement last month.

The plan does not address the more than a dozen privately owned power plants in city limits that burn fuel oil or gas and come online when demand eclipses supply on the grid. But the new supply would almost certainly make the city less reliant on them. Many of the details would need to be worked out with the next mayor. But as the city’s finance czar, the comptroller would wield direct control over the program’s funding, which Lander said could come largely from bonds, the city’s pension funds, or federal infrastructure grants.

“There is nothing needed from Albany to implement this program,” Lander said.

Negotiating rates with Con Edison, which would still need to distribute the electricity the panels generated, and pressuring other city agencies to update regulations would be a natural outgrowth of the new municipal utility’s size and influence in the city, Lander said.

But assuming that Con Edison would be a pliable dealer with a new publicly owned entity may be wishful thinking, warned Pol Lezcano, a solar analyst at the energy research firm BloombergNEF.

“Candidly, this sounds really good as a political proposal, but once you dig a little bit under the surface, you’ll find a lot of shortfalls,” he said. “Ultimately, the reliance on Con Edison is going to be there no matter what, unless they want to essentially buy all the poles and distribution lines and manage all the flow of electricity in the city, which I don’t think they’re ready for.”

Instead, Lezcano said the next comptroller could set up a buyer’s program where the city would negotiate cheap bulk prices for solar panels and installation and allow homeowners and landlords to sign up. Nonprofits like the Washington, D.C.-based Solar United Neighbors, for example, have lowered prices for panel installations by about 20%, he said.

It seems so straightforward, given, on the one hand, an appetite for public power and, on the other, the clarity that we need to do a giant expansion of rooftop solar. Brad Lander, candidate for New York city comptroller

“If you had half a billion dollars for solar in New York City, maybe instead you’d want to fully pay for a small number of demonstration projects in underserved communities,” said Noah Ginsburg, a director at the nonprofit Solar One, which helps install panels in low-income neighborhoods and housing projects. “But I do love the idea.”

But as the city looks offshore for the bulk of its renewable energy to be generated by giant turbines, Lander said it’s important to consider that two of the biggest companies selected to build those windmills are owned by their respective governments. The Danish government controls just over 50% of shares in Ørsted. The Norwegian government owns a 67% stake in Equinor.

“The fact is that we’re talking about offshore wind being delivered by companies that are publicly owned, just not by our government,” Lander said. “The Europeans are doing it and they’re not just doing it with the power in Europe but with the power being generated with New York City’s wind.”

Public ownership of electricity, he said, could start with rooftop solar, but could eventually house more of the city’s energy system.

“If you did municipalize our utilities tomorrow, you’d have a transmission system system that would be perfectly appropriate to have publicly owned, but you’d be buying your power overwhelmingly from fossil fuel plants, and you still wouldn’t have the capacity in the city to generate much clean energy,” Lander said. “Hopefully with this we’d be building something that could grow and scale.” 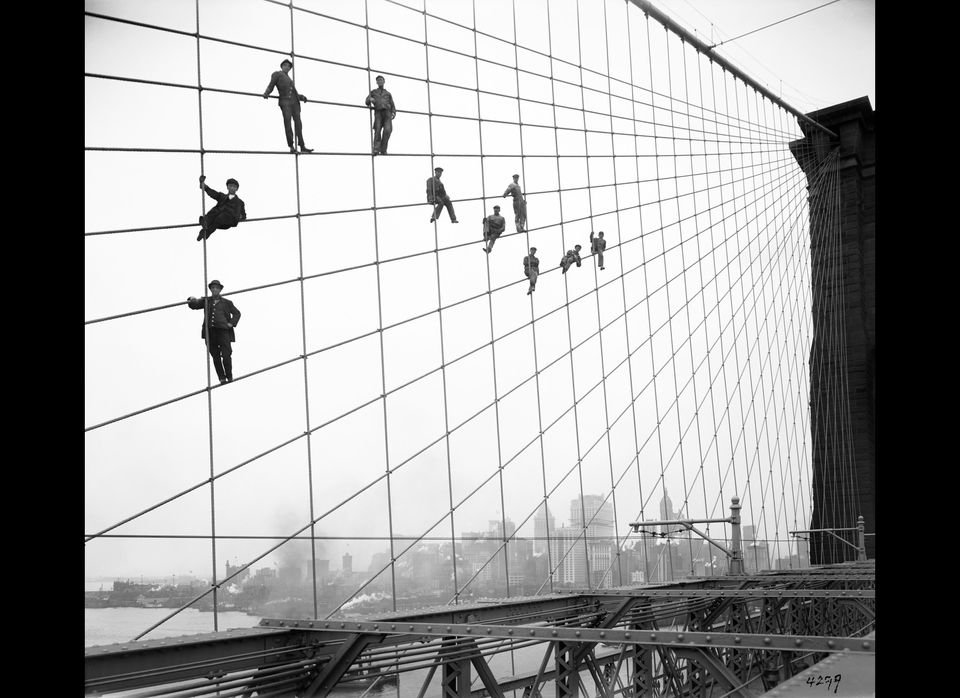