Take a look at these maps from Daniel Kay Hertz, a masters student at the Harris School of Public Policy at the University of Chicago. Hertz used data from the 2012 Census American Community Survey to show how segregated New York City really is.

New York's segregation, however, doesn't necessarily look like segregation in other American cities. As Hertz writes, there "aren’t very many monolithically black neighborhoods left in New York." Here's a map of neighborhoods in New York that are over 90 percent black. 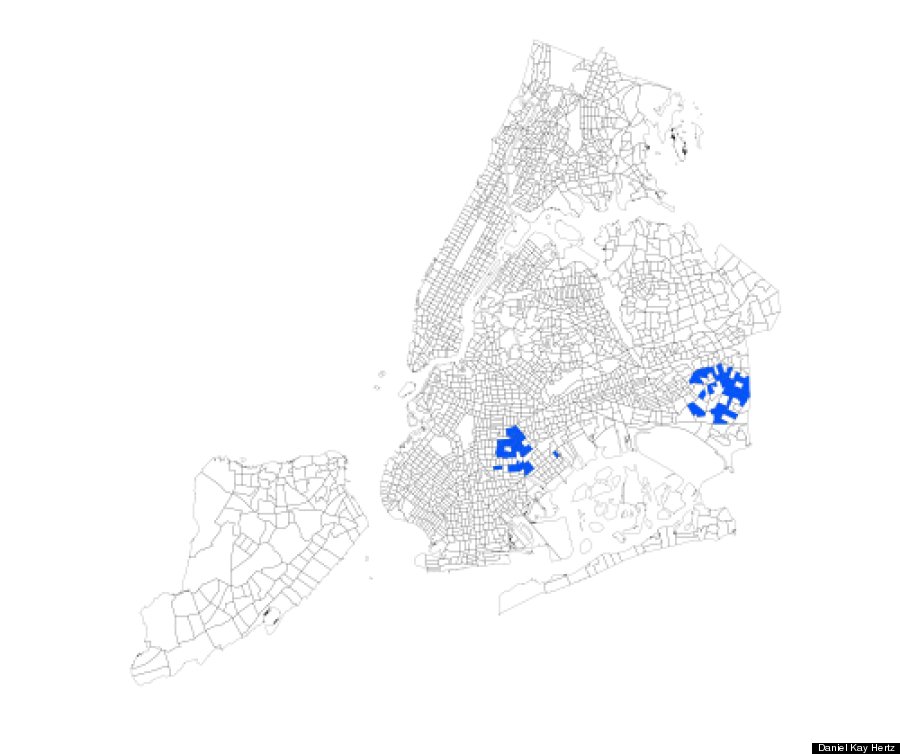 This, Hertz writes, is because "black neighborhoods have become significantly mixed, in particular with people of Hispanic descent." Hertz also added that his maps focus on "white-black segregation because that, for various social and historical reasons, has been by far the most significant geographic separation in American cities, certainly in the Midwest and Northeast."

"New York’s segregated neighborhoods form a more complex patchwork across the city. That means that while a North Sider in Chicago might go years without having to even pass through a black neighborhood, lots of white New Yorkers have to get through the non-white parts of Brooklyn or the Bronx to reach job and entertainment districts in Manhattan or northern Brooklyn."

To further visualize NYC's segregation, here are parts of the city where black people make up less than 10 percent of the population: 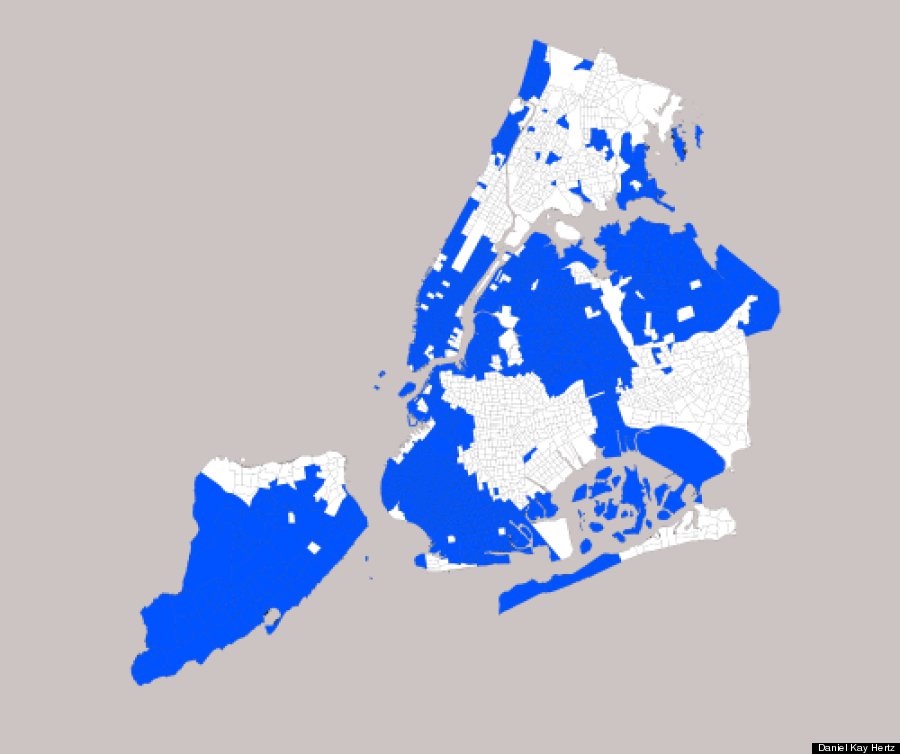 And here are parts of the city where white people make up less than 10 percent of the population. 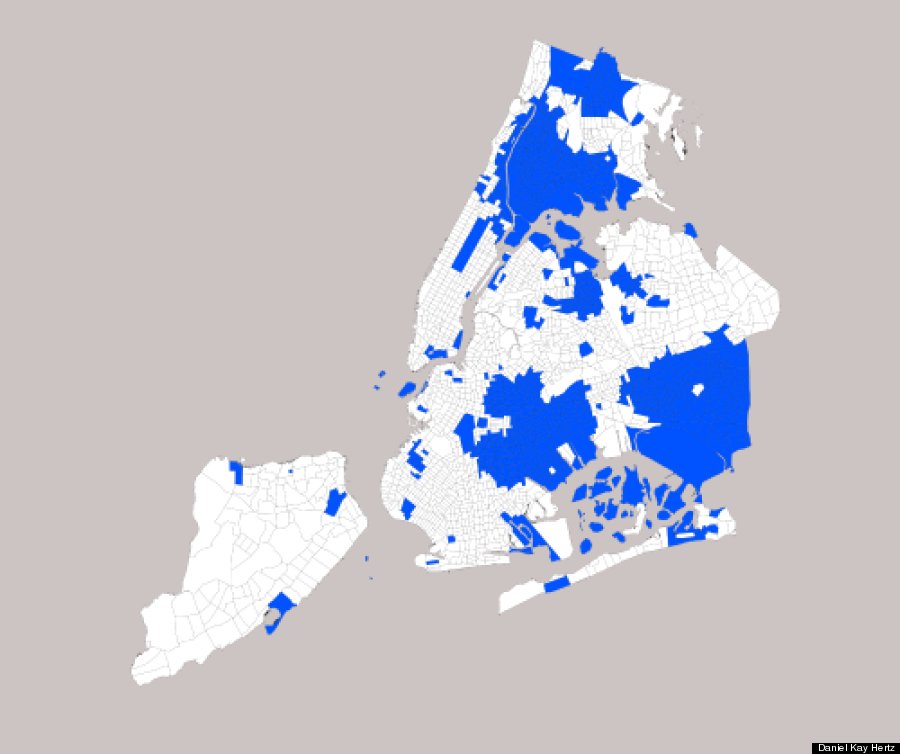 Hertz decided to put together the above maps after so many people were shocked by last month's Civil Rights Project report on school segregation. The report found that New York City has the most segregated schools in the country. Of the city's 32 Community School Districts, nearly 20 had 10 percent or fewer white students in 2010. The report also calls most of the city's charter schools "apartheid institutions," as white students make up less than one percent of students at 73 percent of city charter schools.