Quinn described an "affordability crisis"in the city and outlined a plan to borrow money and build 40,000 new middle-income apartments. "I refuse to accept the notion that large portions of our city are destined to become a luxury only available to the wealthiest among us," she said.

So how bad is it? Gothamist reports that Quinn's office also released a report with a sobering series of graphs (see below) depicting this "middle-class squeeze."

Are you surprised? Maybe not. After all, it was just in September that we heard income inequality in New York City rivaled that of of some sub-Saharan nations. And before that, we heard that Brooklyn alone has 4 of the nation's top 25 most gentrifying zip codes.

For more on Quinn's plan to slow the "middle class squeeze" go here. 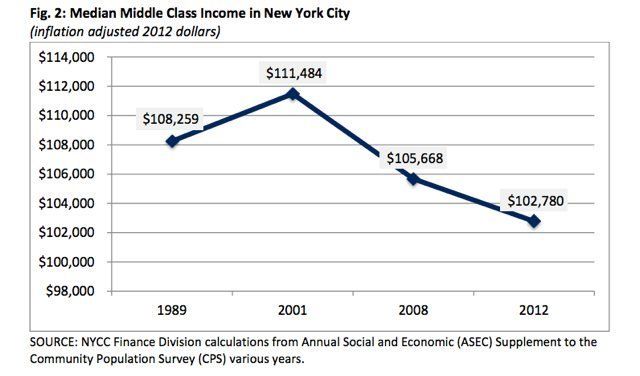