The New York State Education Department released the much-anticipated scores on this year's statewide English language arts and math exams on Thursday. Students in grades 3 through 8 had taken the tests in April and May. The results showed a slight improvement from 2013, the first year the exams were aligned with the Common Core State Standards.

But overall, most students are still not reaching proficient levels in math or English.

The adoption of the Common Core education benchmarks has been controversial. After the first round of tests were administered last year, there was a significant amount of pushback from educators and parents, who said the new exams were too difficult. Indeed, less than one-third of the state's students were deemed proficient in math or English.

In 2012, before the exams were aligned with the Common Core, scores were higher: 65 percent of students were rated proficient in math, and 55 percent proficient in reading.

Additionally, the test scores of Hispanic and black students showed some improvements, although white and Asian students still had higher scores on average.

"The test scores show that students from all economic, race, ethnicity and geographic backgrounds can and are making progress," Merryl Tisch, chancellor of the New York State Board of Regents, said in a statement. "This is still a transition period. It will take time before the changes taking place in our classrooms are fully reflected in the test scores."

The graphs below, released by the New York State Education Department, show how students scored in math and English language arts. Students who scored at level 3 or above are considered proficient. 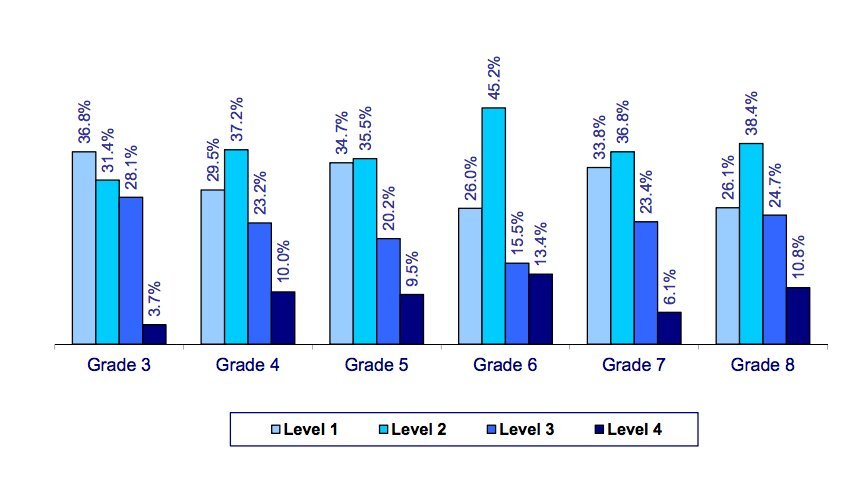 The next graphs show how various racial groups scored last year and this year (AI/AN stands for American Indian/American Native). The comparisons are made with "matched students" -- that is, comparing kids who took the test in 2013 with the same kids one grade higher the next year: 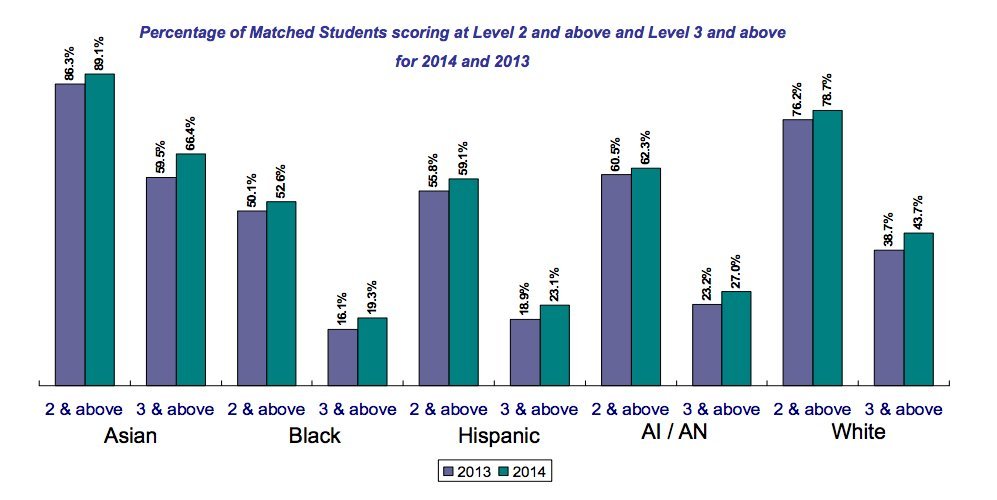 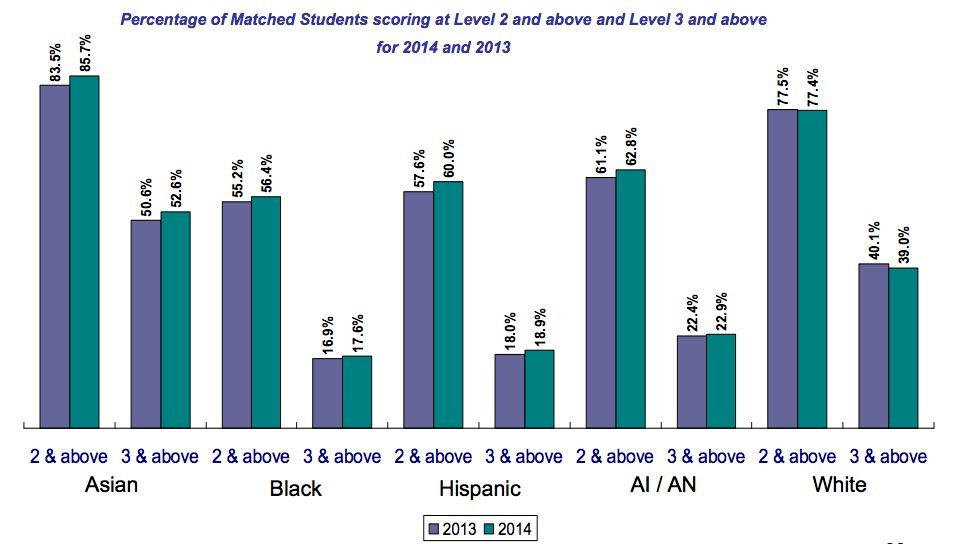 Additionally, a higher percentage of students who attended charter schools in 2014 were deemed proficient (Level 3) or above in math than students who attended traditional public schools. The two groups had been essentially even in 2013. However, charter schools performed slightly worse than traditional public schools on the ELA. 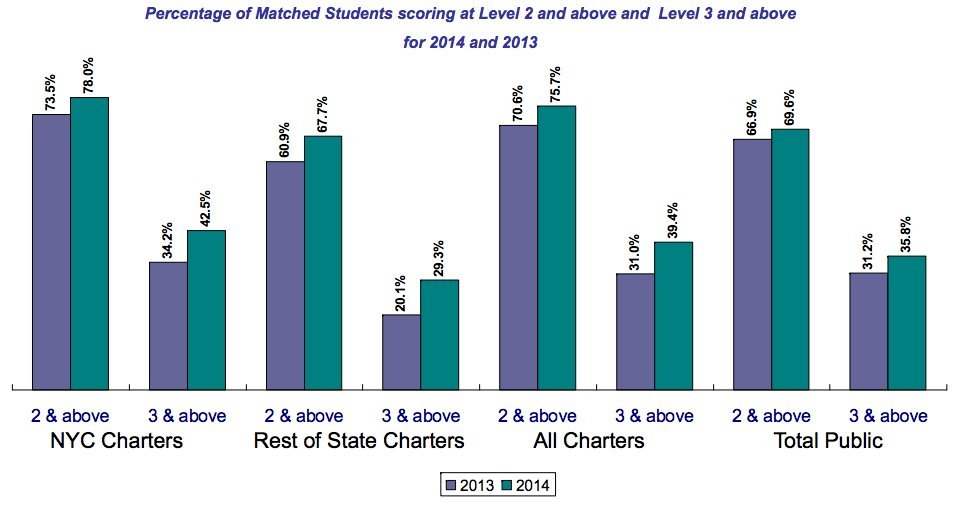 To nobody's surprise, there was a correlation between the overall poverty level of a school's students and the school's average student test score. While there were clearly exceptions, students in "lower poverty" schools were more likely to earn higher scores. 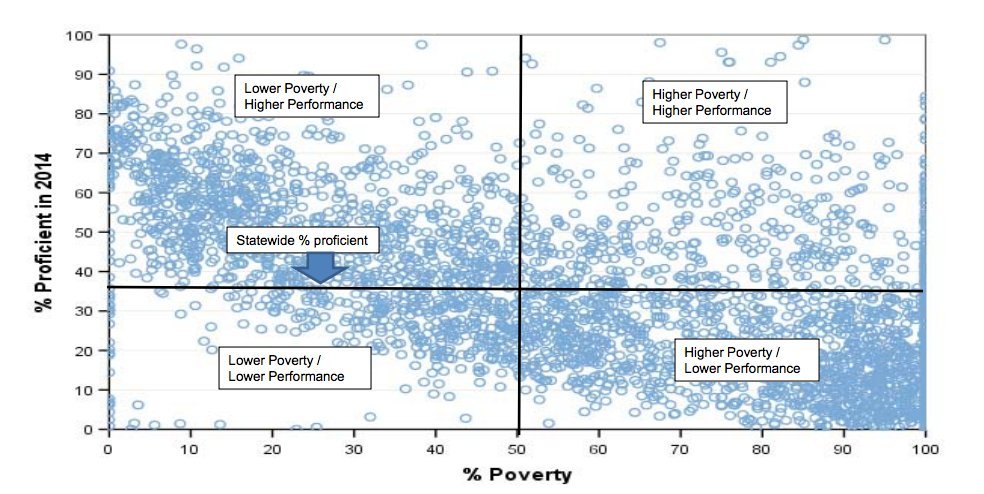 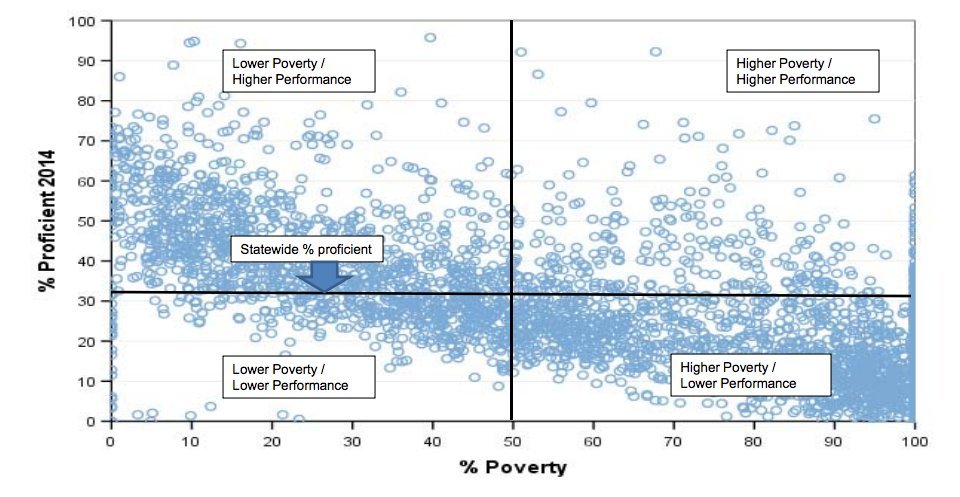 Earlier this month, the state had released 50 percent of the questions used on the math and English exams. To see how you might have done on the tests, take this HuffPost quiz based on the released questions.