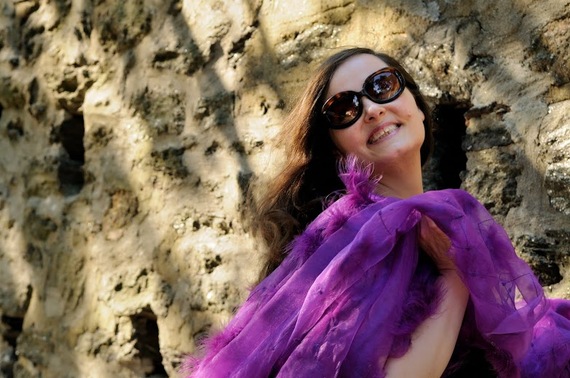 Gorgeous women dressed in purple. New York based fashion designer Dunja Messer-Jourdain adds an entire new level of significance to the color that traditionally robed aristocrats and clerics. Her purple creations are luxuriant in a playful, charming and invariably elegant manner. They are traditional in the best sense possible by suggesting timely references to preceding eras while simultaneously putting them into a groundbreaking new context -- the Messer-Jourdain context -- or better known as the New York City label Amiiee New York. 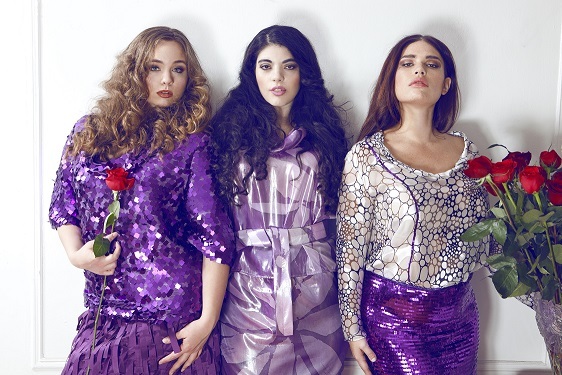 How a color can transform into many different meanings by the choice of material is another facet of the versatile designers' passion for fashion. Silk, leather, feathers, organza and sequins turn her pieces into a collection for women with aspirations and verve. And since curves inspire her, "I like anything round," she says, her pieces are often designed for women that would fall within the fashion industry's definition as "curvaceous." Outside of the fashion industry however, they would probably pass for "normal size" on the consuming end of things.

Dunja Messer-Jourdain had a fashion role model growing up. Her grandfather ran a tailor's shop and created designs himself. "I often watched him work and my passion for textiles began right there," the designer remembers. Lacking the ability to draw, she wasn't admitted to any German university for design, which destroyed her lifelong dream of creating her own fashion. Instead she received a degree in International and Diversity Business Management, which is now putting her ahead of the curve while running her own label.

Her husband Miguel Armando Jourdain helped her significantly turning her dream, passion and talent into a flourishing business in 2012 by creating her label Amiiee New York. "So far I believe I am the only designer worldwide that is creating edgy High Fashion for women with curves. I had my breakthrough with the Purple Collection in 2012/13." 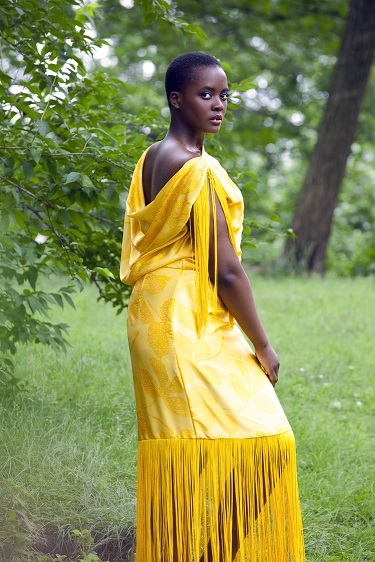 The current collection "Garden of Eden" shows a line of signature fashion, "The Carrousel", however marks the designers first excursion into casual evening/office wear. Amiiee is both upscale and extravagant for women who dare the difference. In an interview the German-born New Yorker explains her passions and plans.

I love different fabrics and materials. I love looking at colors and textures of all sorts and I collect fabrics from all over the world, e.g. Japanese Kimono fabrics. I am inspired by opera, architecture, the ballet and the amazing robes that go with these art forms. I like everything round. A chandelier, beautiful lips, classic cars. I also very much appreciate the drama of music, such as world music, Arabic, Indie, Japanese drums. I feel very lucky to live and work in New York City, because the mixture of cultures and the taste for different forms and bodies are outstanding and a constant inspiration.

What are your preferred materials to work with?

I think that silk feels and looks wonderful, feathers can give certain materials lightness and I also very much like working with leather. I am actually planning on working with latex in the near future, which I have never done before, so these new creations will consist out of a material mix. Despite the image latex often has in fashion, I would love to show the sexy aspect of it and at the same time maintain a certain innocence.

Do you believe in the American Dream and could you define it for me?

Honestly, the American Dream just happened to me. I do have a huge drive and a ridiculous amount of ideas, which helps, I guess. Of course, there are gains and losses, as with everything. But I usually tend to have two new ideas for the one idea that might not work out - and a lot of luck. Germany can be too regulated for what I am trying to accomplish and I think that my career wouldn't be at the same level as it is here at this point in time. I feel that if you have the ability in the US to make yourself stand out, that alone can be a step towards winning, while in Germany you often need to prove that on paper with a certificate. When I wasn't accepted into any of the German schools for design for the simple reason that I am not drawing my ideas before they go into production, a lifetime dream was literally shattered for me. I was able to revive this lifetime dream here in the U.S. by filling a niche.

What were the obstacles, the hardship or challenges upon your arrival in New York City?

The fashion world is a bit merciless, as many other industries are. So it is a matter of persistence. It is also quite interesting how people view you over the course of time. When I visit Germany, I am now "the New Yorker." Here in New York City I tend to be "the European." That often implies the positive stereotype that I know about style and class. I was overall very positively received when I arrived in New York City, and I couldn't have had a better mentor for the city than my husband Miguel, a native New Yorker.

What type of woman do you envision wearing your clothes?

I think she might be very feminine, strong, ambitious, broad minded and sensitive. As much as I get emotionally involved in my fashion, I'd love the same for my clients. To me the female body is a canvas I create art work for and with.

Where do you see yourself in ten years from now?

I would like to be living on several continents and would love for my brand to be known in many countries. I'd also love to expand my professional experience to working with theaters and cooperating with other companies. Of course, I'd equally like to evolve personally during this process. I also like creating work for others. I believe that is important as it maintains good energy. 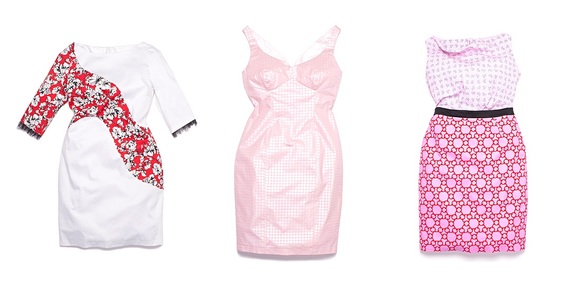