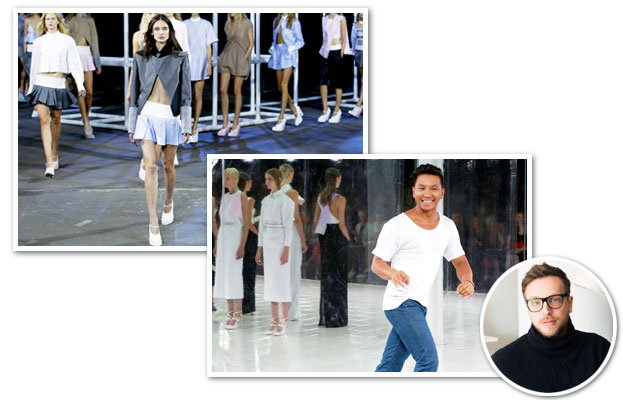 There's basically three types of designers that show during any given Fashion Week:

1. The designer or label that decidedly sends clothes down the runway. Cute, buy-able merch that extend the brand's hallmarks, updating them for the season and the economic climate. No more, no less.

2. The designer that choreographs remarkably well-considered and well-made pieces, elevating them to an art form. The craftsmanship and the particular point of view is there, but the world's eye isn't challenged to see something new or assimilate it moving forward.

3. The designer that creates for an era to come, conflating futuristic and avant-garde with modern and directional. Eager to make a splash, this house is often predicated on shock, surprise and who's going-to-wear-that-ness.

And then just when your eye begins to glaze and your back begins to curve, there's that designer that snaps you to attention, moving editors and retailers to the edge of their front-row bench seats.

How? By doing what many would assume is the essential role of the designer these days -- showing a collection that is equal parts contemporary and modern. Clothing and accessories emerge that not only make you want to shop right this very minute but also that make you rethink pretty much everything you've been wearing up to this point. There is that collection that seems to turn the chapter effortlessly, without catapulting us into the next millennium.

And today, we were treated to a double dose: Prabal Gurung and Alexander Wang. Both marquee designers, each in his own trademark, effortlessly married what we already know and love with just the right blend of innovation and whimsy.

Gurung updated mid-century silhouettes (inspired by Bert Stern's Marilyn portfolio) with high-wattage takes on spring's trad pretty palette and techno-textiles like plastic, PVC, and bonded satin. The result was invigorating. Later in the day, the 29-year-old Wang took 90s hip-hop staples--boxy or baggy streetwear looks branded with loud logos and contrast stitching--and twisted them into the high-end. Alexander Wang's laser-cut logo leather tops, skirts, and raincoats are bound to be the most coveted (not to mention photographed) luxury looks come next spring. Both outings remind us that when played right the future is indeed now. 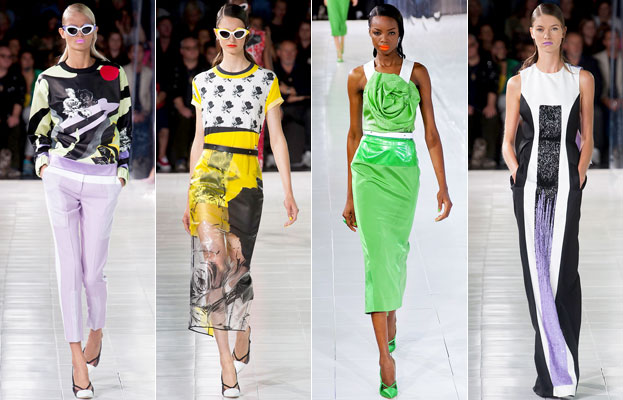 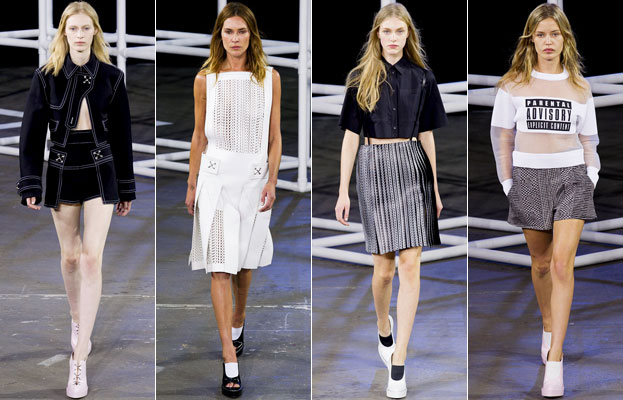