Last month, A.B. Biagi opened in Nolita on Elizabeth street, and so far reviews have been stellar. Owner Antonio Barros Biagi, an Italian by way of Brazil who trained with master gelato producers in France and Italy, is treating New Yorkers to classic flavors like chocolate and pistachio, as well as a rotating selection of non-traditional flavors like white chocolate-mandarin. His cozy shop is designed to evoke a home kitchen; it's an homage to his life in Sao Palo, he tells us -- an homage rounded out nicely with the Brazilian coffee he also sells in the store.

In addition to A.B. Biagi's recent opening, another gelato shop opened just yesterday in Park Slope: L'albero dei Gelati. Brooklyn seems like the perfect home for this spot, which makes its gelato with organic milk and cream from small-batch producers in Pennsylvania and seasonal, locally-grown fresh fruit. They also import the occasional ingredient from Italy, like their hazelnuts, which come from Piedmont, and their almonds, from Avola in Sicily. L'albero dei Gelati will also sell fresh bread, cakes, coffee and wine. What more could you need?

A.B. Biagi and L'albero dei Gelati are in good company. From Grom to Il Laboratoria del Gelato, stand-out gelato shops are scattered all over the city. And in a town that really loves its frozen treats, there's more than enough room for two more -- especially in this heat. 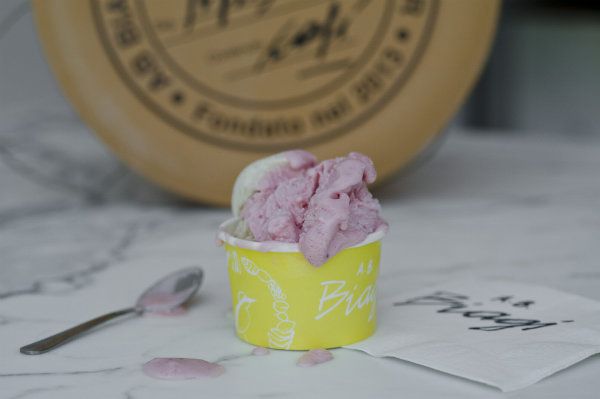