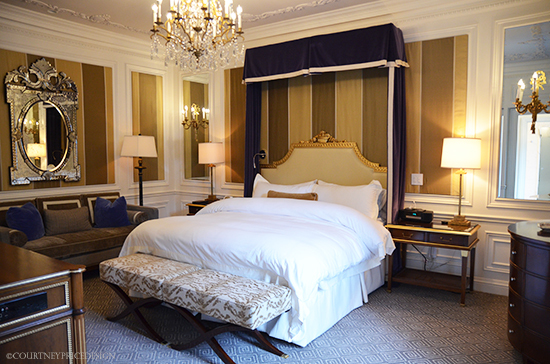 The traveler's quandary... with so many New York hotels to choose from, which one best fits your personal taste? Don't you wish you could just take a peek beyond the website into a few options before committing, ask a few questions, see a side-by-side comparison of your contenders? Well, you can. I have checked out several iconic hotels in the Midtown area, and have put together a comparison of five (in no particular order) to weigh the options.

Here is what these five hotels have in common:
The locations are outstanding at all of these hotels, offering walking distance access to museums, restaurants and luxury shopping.
They are all elegant- each of them ooze style and sophistication, and their aesthetics are unique.
The service is exemplary in all, high standards that are likely to exceed traveler expectations.
They all offer iconic restaurants and bars.

A few differences:
Is room size important?
Do you prefer a hotel with a rich, juicy history or with a newer vibe?
Do you prefer a classic or contemporary aesthetic?
Is a spa or a gym a must?
Would you rather feel like you are in your New York home away from home rather than a hotel room?
Do you fantasize about having a butler, a Bentley, or your own personal attaché?

Read on to discover more about five of my favorite luxury midtown hotels - with the bonus of scoop on which ones have rate specials: 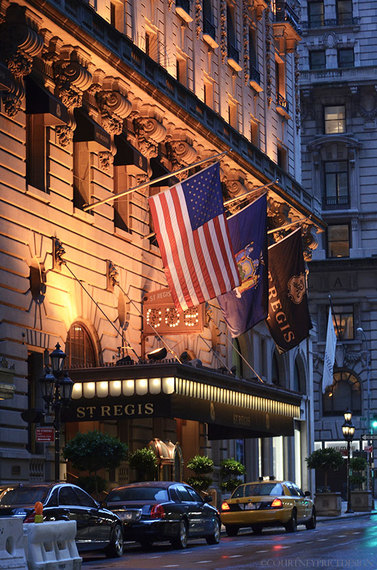 Restaurant:
King Cole Bar & Salon- with renowned chef/restaurateur John DeLucie. Be sure to try the truffle mac and cheese.

Bar:
King Cole- founding place of the Bloody Mary, originally called The Red Snapper, which just celebrated its 80th anniversary. Cheers to that!

Little Known Facts:
•Signature St. Regis Butler Service is available 24 hours a day
•Use of the custom Bentley Mulsanne Courtesy Car (subject to availability)
•The St. Regis has been in many movies and TV shows including Godfather Part 1, The Devil Wears Prada, Gossip Girl, Sex and the City

Historical Factoids:
•The St. Regis New York was New York's first "skyscraper" at the time it was built
•The St. Regis New York was declared a New York City Landmark in 1988
•In an effort to rival the finest hotels of Europe and make the rooms feel like home, John Jacob Astor introduced luxury "modern conveniences" of the time into ever room- fire alarms, telephones, central heating and A/C with in-room controls
•Colonel Astor died aboard the Titanic in 1912, leaving the hotel to his son Vincent Astor
•Salvador Dali lived there - could often be found in the King Cole Bar with his pet ocelot

Number of Rooms: 562 suites (ALL suites)

Designed By:
David Collins Studio designed the ENTIRE hotel, including the restaurant and bar - with very hip and current design and a handsome vibe. Each suite is well-considered, a business traveler's dream - well-lit with custom-designed desks with enough ports, outlets, and conveniences to allow for real work to be done while traveling. A state-of-the-art gym tops of the list of amenities - not your average hotel gym.

Little Known Facts:
•The London NYC holds the designation "tallest luxury hotel in NYC". (Tall hotel = breathtaking views)
•The London NYC offers the largest standard rooms in all of Manhattan, with each London Suite starting at 500 square feet
•Calls to London are free from the rooms

Specials: Yes! Get in on them while they last. 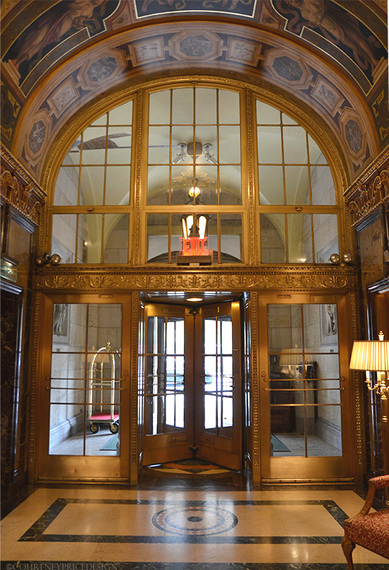 Number of Rooms: 50 rooms and Suites

Restaurant:
The hotel connects to the famous Harry Cipriani restaurant

Little Known Facts:
•No two rooms are alike. All Sherry Netherland rooms and suites are privately owned and individually decorated

Historical Factoids:
•The glorious lobby ceiling, a mural painted by Joesph Aruta, has just been restored. The subject matter is based on Raphael's frescoes at the Vatican Palace.
•The magnificent elevators were purchased from the Cornelius Vanderbilt Mansion down the street before it was torn down in 1927, where Bergdorf Goodman now resides.
•The high-relief limestone panels to each side of the hotel entry also came from the same Cornelius Vanderbilt Mansion.

Specials: Yes! $359/night through the end of March. 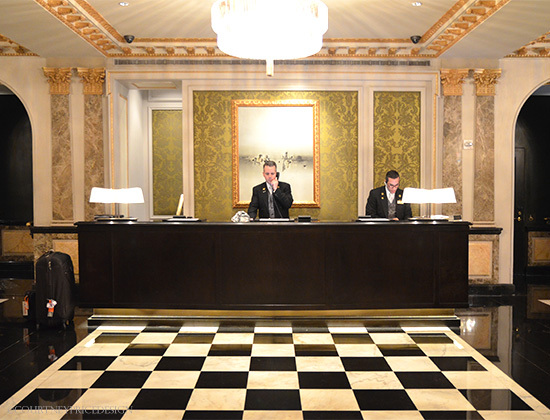 Bar:
Two E Bar/Lounge: Chief Mixologist Paul keeps a handwritten log of any new unusual drink that he concocts for guests so he can recreate them seamlessly when they return. High tea is also served here in the afternoon.

Little Known Facts:
•Ask for the Charles Pierre Suite, if you want to stay in the one room that is completely contemporary and unique in décor... with a giant terrace and Manhattan view. A hidden gem.
•"The Pierre's 11 distinct Grand Suites come with the trappings of a private Taj Royal Attaché trained in the palaces of India to flawlessly fulfill a guest's every whim," according to the hotel's website.

Historical Factoids:
•Once owned by Standard Oil tycoon John Paul Getty
•In 1950, The Pierre was the first hotel to install radio and television sets in all the guest rooms
•The guest chef in the early years was none other than Auguste Escoffier, the father of French cuisine

SPA:
No. But spa services can be arranged for in-room or a dedicated suite on the 4th floor. 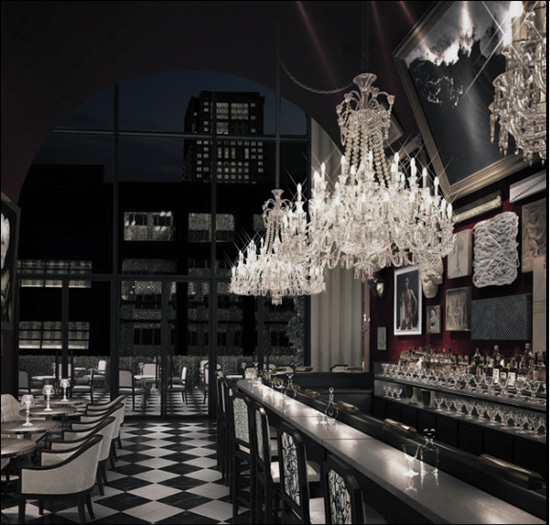 Restaurant:
Chevalier - managed by revered restaurateur Charles Masson, and featuring the cuisine of Chef Shea Gallante - will highlight French cuisine with a modern twist for a truly exquisite dining experience.

Bar:
In addition to the 85-seat restaurant, Gallante and Masson will collaborate on the extraordinary 60-foot bar and elegant outdoor terrace.

The bottom line:
You can't go wrong. Which one is for you?

For more photos and in-depth articles about these hotels, see articles written on The St Regis, The Pierre and the London www.CourtneyPrice.com