What a team effort!

Kardonsky reached out to the players through social media, and they responded with their individual pleas for Pagano, who has high-functioning autism, to go with the teen to the dance, the Associated Press reported.

Kardonsky spliced their clips together for one unforgettable promposal (watch above). At the end she asks the question herself, just to make it official. 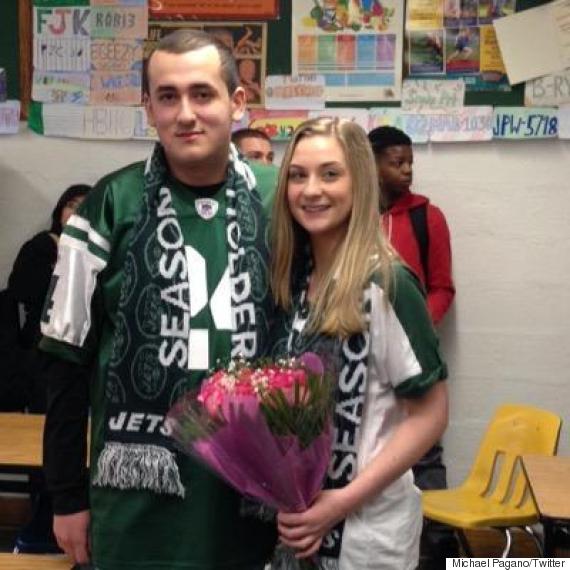 Pagano originally asked Kardonsky to the prom, but she already had a date, ABC reported. However, an inspired Kardonsky made special arrangements to go with Pagano instead.

"I talked to my other date who was okay with me doing this and I wanted to make it special for [Pagano]!" she told NJ.com

Pagano took to Twitter to give a shoutout to Kardonsky and the Jets.

I like to thank @sahdonsky and all the @nyjets players that made this possible. I can't tell you how blessed I am.

Incidentally, the two will be traveling in style to the prom. Kardonsky noted on Facebook Thursday that a limousine company is providing free transportation.

A winning move, for sure. Here's video of Pagano's reaction:

Have an awesome time! 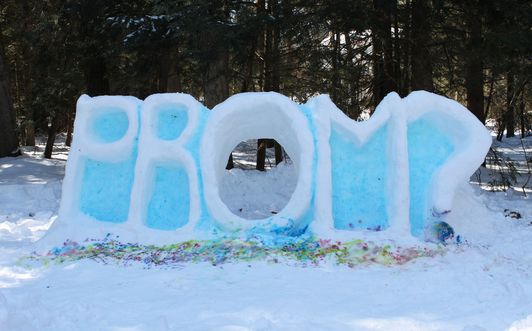