New York is poised to become the 23rd state to legalize the use of marijuana for medical purposes.

The Compassionate Care Act, sponsored by Assemblyman Richard Gottfried (D) and state Sen. Diane Savino (D), was passed in the state Senate Health Committee last month, but it still needs to get out of the finance committee before being brought to the floor for a full vote. It would then move to Gov. Andrew Cuomo's desk to be signed into law.

Cuomo, however, has sent mixed messages over the bill. Although a vocal opponent of any form of marijuana legalization, the New York Democrat has indicated in the past that he'd consider the Compassionate Care Act, and he recently stated that he supports medical marijuana for the seriously ill.

On Wednesday, Cuomo announced that New York will be the second state to launch medical marijuana trials for children suffering from epilepsy. Those trials, however, are limited to Epidiolex, a drug developed by GW Pharmaceuticals that contains a plant-derived, highly purified form of cannabidiol, or CBD, a non-psychoactive compound found in cannabis. CBD is often used for medicinal purposes, but doesn't produce the "high" sensation associated with marijuana.

While Epidiolex offers promising possibilities, medical marijuana advocates were outraged by the governor's announcement, saying that limited trials don't go far enough for patients in the state and that Cuomo needs to come out in strong support of the Compassionate Care Act now.

"We don't need a limited research program that will only help the lucky few who can get in enrolled," said Wendy Conte of Orchard Park, New York, whose daughter Anna suffers from a severe seizure disorder.

"Epidiolex may not even work for every kid who has a seizure disorder. We want options. And we want a workable system that creates access for all patients' needs -- not just my daughter but all those living with epilepsy, cancer, MS, HIV/AIDS, and other serious illnesses," said Conte, according to a Drug Policy Alliance statement. "If Gov. Cuomo wants to help Anna, he would support the Compassionate Care Act."

A number of studies in recent years have shown the medical potential of cannabis. Purified forms may attack some forms of aggressive cancer. Marijuana use also has been tied to better blood sugar control and may help slow the spread of HIV. One study found that legalization of the plant for medical purposes may even lead to lower suicide rates.

Currently, 22 states and the District of Columbia have legalized marijuana for medical purposes, and at least four other states, including New York, appear poised to legalize medical cannabis next.

A recent Qunnipiac poll found that a full 88 percent of New York voters support medical marijuana legalization in the state.

To that end, drug policy reform group DPA developed a website collecting dozens of moving stories from New Yorkers whose lives would be dramatically improved if the New York state Senate passes the Compassionate Care Act before the end of the legislative session on June 19. Here are just a handful of their stories: 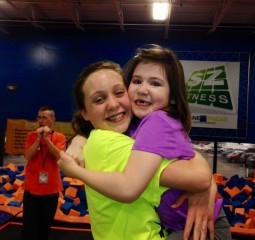 Christine Emerson's 7-year-old daughter Julia suffers from refractory epilepsy. From the age of 4, Julia was having nearly 100 grand mal seizures a month.

"I miss my little girl the way she was before the seizures," Christine says. "Now, she is so sick and so sad, it's almost unbearable."

Recently, Julia's seizures have diminished thanks in part to a drug called Clobazam. That drug's side effects, however -- mood swings, fatigue, confusion and nausea -- make it difficult for Julia to be in school.

Unless New York passes the Compassionate Care Act, Christine and her family may have no other choice but to move.

"Based on my own experience as a pediatric nurse practitioner and what I've read and seen, I'm very sure that Julia would benefit from it," she says. "If Compassionate Care doesn't pass in 2014 in New York, my family will have to join the other 'medical marijuana refugees' in Colorado." 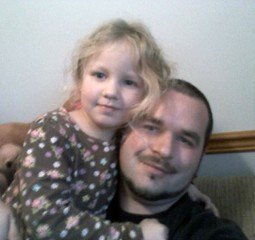 James Paries was diagnosed with multiple sclerosis at age 17. Now 25, he's unable to work due to the debilitating pain, fatigue and numbness often associated with MS.

Over the years James has been prescribed several different medications to treat his MS, including Marinol, an FDA-approved drug containing 100 percent synthetic THC. But James found the drug to be too potent, saying it made him feel "doped up." He says smoking medical cannabis, which often contains far less THC than Marinol, doesn't have the same negative side effects.

"Medical marijuana helps ease the pain associated with MS and helps with my symptoms," says James.

James avoids taking too many pain medications because of the side effects they can have on organs like the liver, but he can only use medical marijuana infrequently due to it still being illegal in New York. 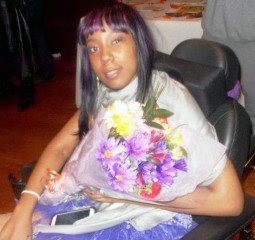 Five years ago, Lauren Carter was diagnosed with multiple sclerosis. Now 28, Lauren can no longer walk and has lost most of her vision. She had to quit her job as an emergency dispatcher and go on disability.

Although medical marijuana is illegal in New York, Lauren says it's the drug that best alleviates the symptoms of her illness.

"When I use medical marijuana, my tremors stop, the pain stops," she says. "I can sleep. I can eat. I can see partially out of both eyes. I don't suffer from side effects like my many other medications, and most importantly I can cope." Since being diagnosed, Lauren has moved back in with her mother, who worries her daughter will get caught with pot.

"If it were legal and bought from a legal dispensary, my mother would allow me to use medical marijuana. She hates watching me suffer, but she is afraid," says Lauren. "Every day is a battle with my body, and medical marijuana helps me to fight. I shouldn't have to break the law to get it." 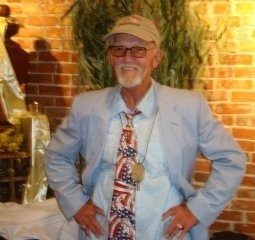 "It feels like someone is sticking a knife in my back and twisting it," says Chuck Culhane, 69, as he describes the pain associated with his spinal stenosis, a condition that causes a compression on the spinal cord.

Chuck, who has had the condition for a decade, says he cannot stand or sit for more than a few minutes without intense pain. He's been prescribed hydrocodone, a prescription narcotic, to ease the pain, but he says that the side effects, which include drowsiness, dizziness and nausea, make it difficult to live a normal life.

Although Chuck has never used medical marijuana, he says he'd like to try it as a treatment for his condition, but he's afraid to given the current marijuana laws in the state. 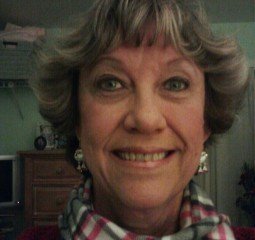 Over the last 20 years, Nancy, a mother of three and a grandmother of four, has survived colon cancer, throat cancer and two bouts of breast cancer.

She underwent multiple rounds of chemotherapy treatment, after which she often suffered from pain, nausea, loss of appetite, vomiting and fatigue. Medical marijuana, says Nancy, would have helped alleviate those symptoms.

"I never thought of using medical marijuana, since it's not legal, but it could have helped me so much," she says.

One round of chemotherapy caused Nancy to lose 40 pounds, damaging her kidney in the process.

"If I had had medical marijuana, I wouldn't be dealing with the nephrologist and urologist now," she says. "Medical marijuana could have done away with some of the nausea and dry heaving that I experienced when I was undergoing chemotherapy treatment." 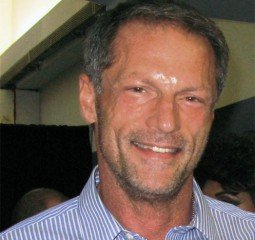 Since 1989, Jim Lister has lived with HIV and struggles daily with fatigue, general restlessness, occasional nausea and severe pain due to accelerated deterioration of the joints in his legs and hands.

Although Jim takes several prescribed and over-the-counter medications, he says that marijuana is the only medicine that diminishes and subdues the symptoms that "dominate" his life.

But with medical marijuana illegal in New York, Jim has to break the law every time he uses the substance that best alleviates his symptoms.