Sally Davies continues to inspire and amaze with her own unique take on street photography. Her photographs transport and transform - taking us, the viewer, to every nook and cranny, corner and crevice of Manhattan's East Village. In fact, much of Davies' photography might be more accurately described as documentary, rather than street photography. 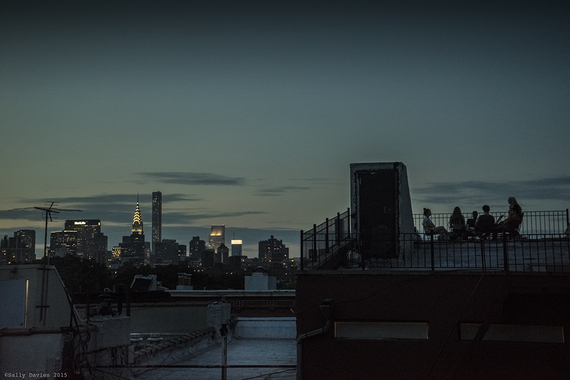 She is, let us be clear, capturing the night in pixels and re-presenting New York to us, in all it's gritty, dirty, dingy, dilapidated splendor. Sally Davies is not only a good photographer, she is also a woman and making it in a genre that is often criticized fiercely for its inimicalness toward women photographers. I sat down with Sally to dig into this very subject - women in street photography. 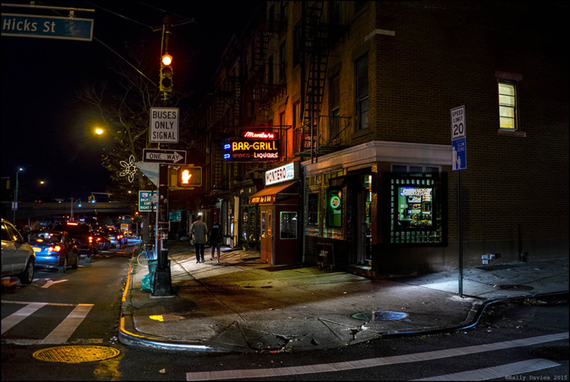 Michael Ernest Sweet: Do you ever feel like you are a woman in a man's world with street photography?

Sally Davies: The only time I don't feel like that, is when I'm actually out shooting. In every other aspect of the business I am dealing with male energy. (read: market share dominance). Things are slowly changing, and there are more woman out there doing it than ever before, but the numbers are still out of whack. Every time a new "25 Hottest Street Photographers" list is published, there are only 4 or 5 women if that.. Also important to note, the list is often compiled by a man. 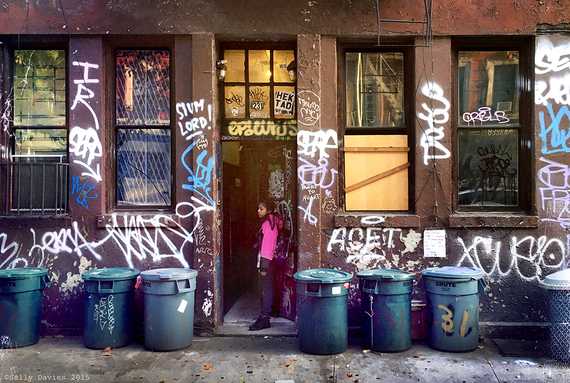 Michael: In On Photography, Susan Sontag writes, "Just as the camera is a sublimation of the gun, to photograph someone is a sublimated murder - a soft murder, appropriate to a sad, frightened time. Eventually, people might learn to act out more of their aggressions with cameras and fewer with guns, with the price being an even more image-choked world" (14-15). Given this quote do you feel it explains some of the masculinity we tend to see in street photography? The image-choked world we seem to be experiencing? Is street photography a form of male aggression? Certainly we seem to see this "aggression" in much of the street aesthetic.

Sally: It's important to me, not to compare a camera to a gun, even metaphorically, with the American gun situation spiraling out of control. I don't want that in my head when I'm out aiming my camera. That said, I do understand the psychoanalytic direction of that comparison, and maybe it's true for men. But men and women have different truths. I think men always bring a certain aggression to the pot luck dinner. They can't help it. It's in the hormones. And, lets face it, as long as men are compiling the lists of who's who, and owning the companies that hire the photographers, and writing the checks, women will be relegated to the minority basket, and that certain type of aggressive imagery will continue. In light of all that, it's crucial to me and my work that I am honest, and not being derivative in any way...that I am not out there putting a male spin on my images for any reason.

Women are stepping up...slowly...and we are starting to take up space and reinterpret the street genre. As the numbers even out, the energy will even out. The intelligence and soul are there, and the edge is there, but its a powerful female energy that feels modern to me. 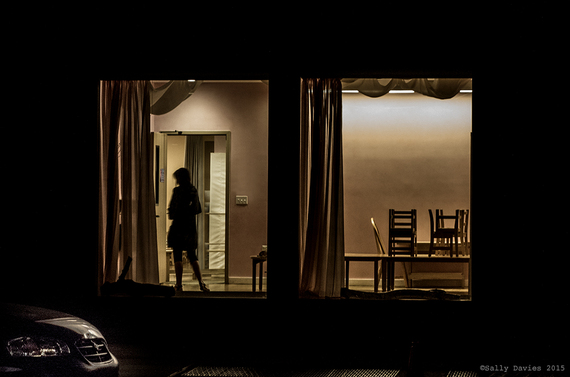 Michael: How do you feel about the fact that perhaps the most important book of all time on photography was written by a woman - Sontag? Do you see any irony in this? Any hope or inspiration?

Sally: The irony is not lost on me that a woman would give us this book almost 40 years ago, at a time when the known photography world was probably 98% men, and there are so many timeless gems all throughout her writing, "Photographs are perhaps the most mysterious of all the objects that make up, and thicken, the environment we recognize as modern. Photographs really are experience captured, and the camera is the ideal arm of consciousness in its acquisitive mood."

Yet, I can't help but wonder what she would write now. It's a different world than it was in 1977. One thing is still as true though- photographs are indeed a grammar, and a picture is still worth a thousand words. 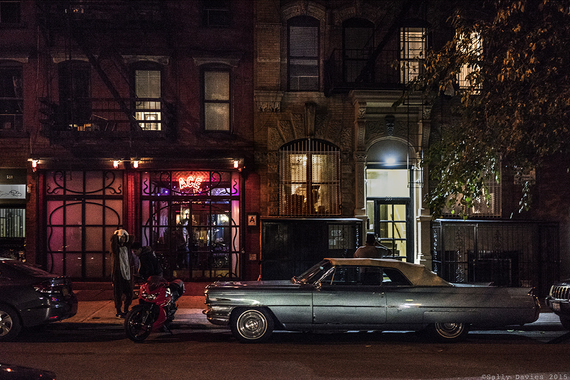 Michael: Your own work is much less aggressive. Do you feel this is a result of your femininity? Is being woman what makes you not Bruce Gilden? Or, is there more to the story?

Sally: Definitely, I have no impulse towards that type of Gilden street behavior. You don't just get up one day and decide to be obnoxious, and push your flash into peoples faces on the street. That's in the genes. Something in his psyche tells him that's okay. It feels like male entitlement, and entitlement supports dominance. Because men tend to be physically stronger than women as well, and because I'm not packing a gun or a can of mace, I shy away from physical confrontation when I'm out there. Nothing about a punch in the face interests me. If its a man punching me, I'll lose. I have survived so much for so long and want to finish my story. Would I feel differently on the planet had I lived the past 59 years as a man? of course. You cannot get around that. 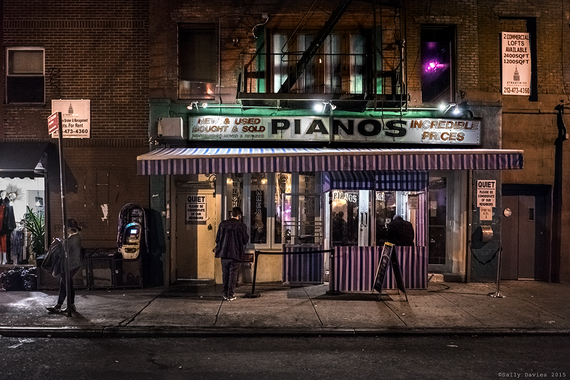 Michael: What do you see as one of the greatest challenges for women street photographers?

Sally: The challenges are about being female, everywhere all the time, and I suspect they are the same in every industry and every walk of life. Its no secret that women make less money for the same job. There is much less photography by women at auction, and aside from your Annie Leibowitz and Cindy Sherman types, the work fetches far less than male counterparts. Do I believe there are more talented male street photographers than women? Not a chance. So its especially important for women to get their work out there...everywhere and often. Take a place and don't let go. 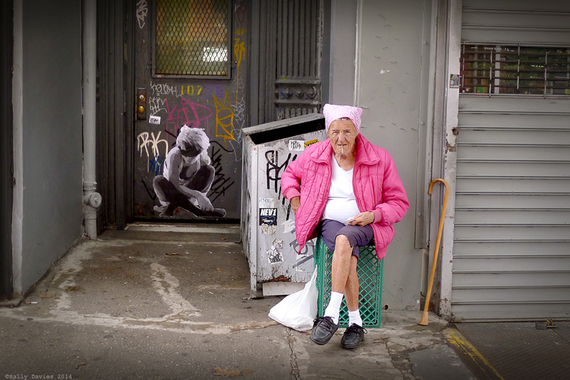 Michael: Who are some female photographers that inspire you and your work?

Sally: Diane Arbus and Helen Levitt for different reasons. Diane Arbus wasn't a street photographer, but "Sword Swallower" was the first photograph that scared the shit out of me, and still does every time I look at it. That photograph instantly demonstrated, what a powerful image felt like. Levitt's work changed the course of my art life from the moment I laid eyes on her photographs. They kind of took my breath away. I understood right then and there, the emotional impact of the every day... the ordinary. 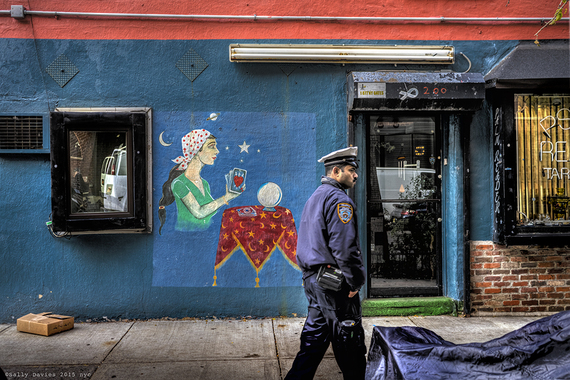 Michael: Again from Sontag's book, "The photographer chooses oddity, chases it, frames it, develops it, titles it" (34). Is this a fair assessment of how you work?

Sally: Artists are not necessarily the best critics of their genre. Usually writers, art historians, and philosophers are the analysts. Its a system we've all used for centuries. Sontag's personal interest in photography is more interesting to me, than her final writings on it. Her well publicized long-term relationship with Annie Leibowitz must surely have informed her investigation.

Sally: I have lived here in the East Village since 1983, that's why, and this is my story.. Of course a good image will succeed on many other levels and often bypass the artists initial intention. History tends to assign broader meaning as time passes, but that's not my concern right now.

Michael: It seems to be getting more and more difficult to photograph freely in the streets, people are becoming more weary of the lens. How has this affected your work if at all? Do you think people are justified in their suspicion of the camera, given that many anonymous people end up online as unwilling subjects in a street photo?

Sally: People are suspicious when they see a camera aimed at them. I am too, but our society has changed. We are no longer entitled to privacy when we are out and about, at least in the United States, laws still permit the photographing of people out there.
Europe is slowly changing those laws, I think France has recently outlawed photographing people on the street without their consent.

For my work, its not that big a deal, at least so far. I rarely shoot street portraits and am not seeking out theatrical street incidents. I'm about every day life, atmospheric images, boozy night shots...Viewers write and say they feel like they are standing on the street corner with me, and experiencing the location themselves. That's very different from shooting street portraiture. 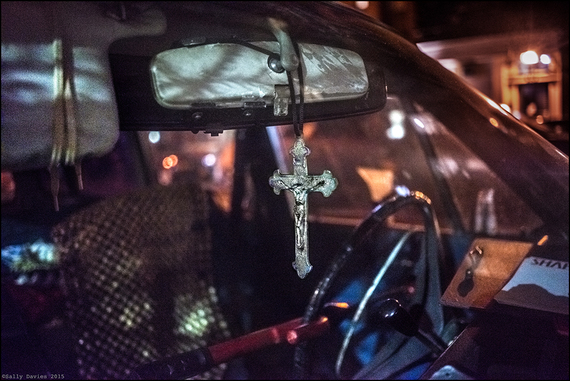 Michael: As a woman, are you more comfortable photographing women and children, or are you hesitant to capture men? Does it matter to you at all?

Sally: No, none of that matters one bit. That isn't something that crosses my mind when I'm out there. If anything is worrisome, its a moment that includes children. Parents are paranoid these days and can get hostile. That's when you need a fast lens, good light, and a quick get a way.

Michael: Who do you think is the audience for your work? How do you reach this audience and disseminate your work?

Sally: My audience is changing all the time. Social media has been my platform since I got on board in 2007. I hope the initial people are still with me, and that new viewers are discovering the work. I am surprised constantly by who follows my photography. It cuts a wide swath, and doesn't seem to favor a financial bracket, either gender or an age group. In those ways, I feel my work succeeds. I don't tend to attract gray area people. I think I can safely say, that Collectors don't buy my work because it matches their sofa. You either fall in love with moonlight on a garbage bag or you hate it and move along. 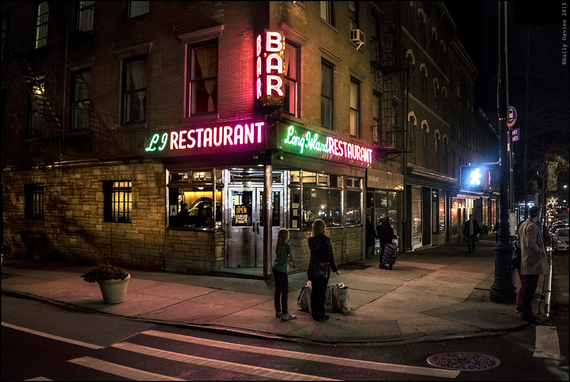 Sally Davies has lived and worked in NYC's East Village since 1983, and has exhibited extensively. Follow Sally through her website.

Michael Ernest Sweet is an award-winning Canadian writer and photographer. Michael is also the author of two street photography books, The Human Fragment and Michael Sweet's Coney Island, both from Brooklyn Arts Press in New York.