The New York Post and the New York Daily News tore into the National Rifle Association on Saturday for the gun lobby's bizarre press conference held in response to the Sandy Hook elementary school massacre.

On Friday, the gun lobby broke its silence to comment on the Connecticut school shooting, which took the lives of 20 first-graders and six adults. In a widely-panned public appearance, NRA leader Wayne LaPierre blamed gun violence on everything from video games to the media, and advocated placing an armed officer in every school in America.

Responses ranged from disgust to disbelief.

The conservative New York Post, which called LaPierre a "gun nut" and "NRA loon" on its Saturday cover, may be taking its cues from its owner, Rupert Murdoch. In the wake of the shooting, Murdoch spoke out about the need for stricter gun control.

"Terrible news today," he tweeted. "When will politicians find courage to ban automatic weapons? As in Oz after similar tragedy."

See the covers below, via The Newseum: 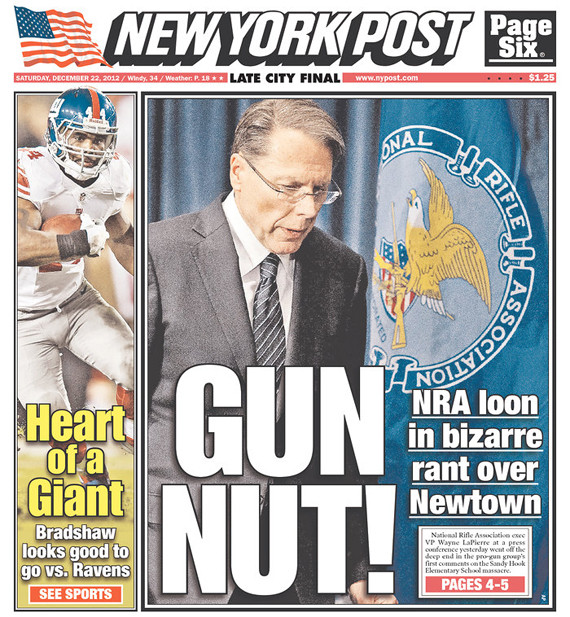 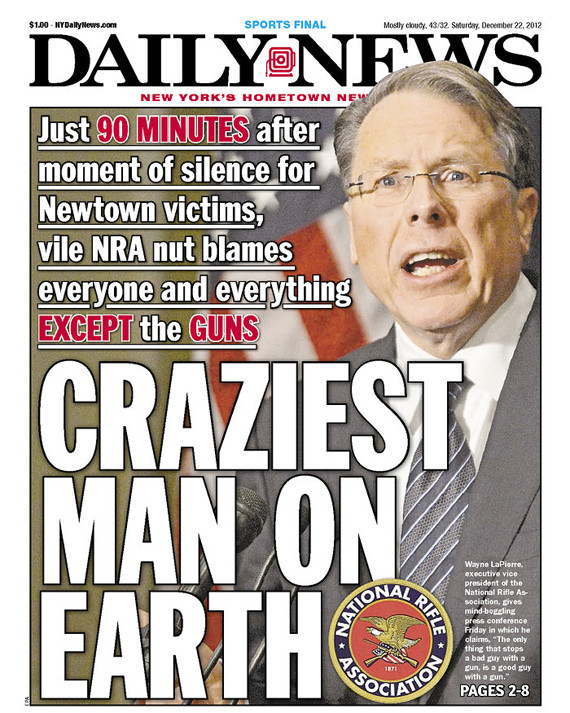