We're going to go out on a whim and guess that Mayor Bill de Blasio is not going to like this New York Post cover.

The newspaper turned de Blasio into a school bully Friday morning following his decision to block the space-sharing arrangements of nine New York City schools, including three members of a high-profile and politically significant charter-school chain. 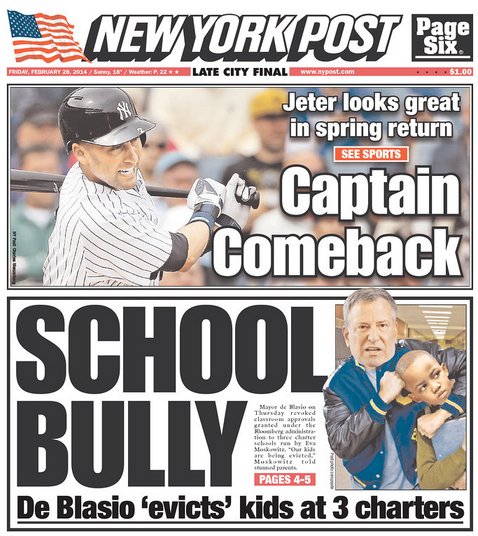 Though the mayor green-lighted most of the 45 space-sharing agreements that had already been approved by former mayor Michael R. Bloomberg, de Blasio said Thursday he would revoke just a few of the arrangements that gave free space to charter schools.