The New York Post's front page blasted President Barack Obama on Thursday for not using phrases such as "Islamic terror" to describe militant groups like ISIS. 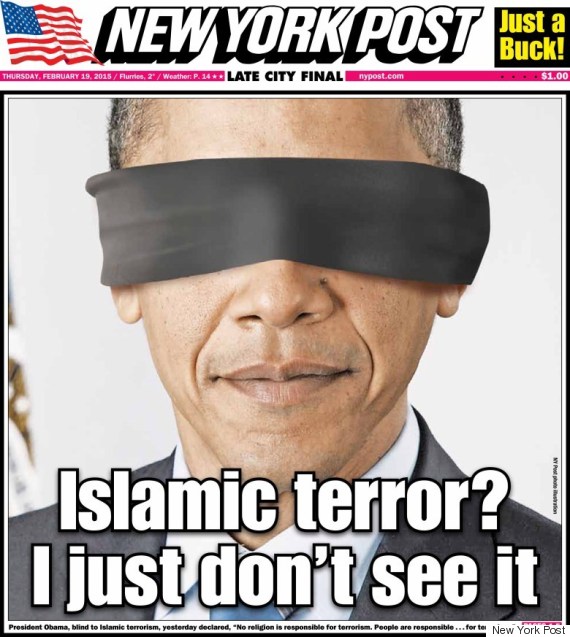 On Wednesday, the president explained why he won't use those terms.

"They are not religious leaders; they are terrorists," Obama said. "We are not at war with Islam. We are at war with people who have perverted Islam."

The Post has previously depicted Obama in a uniform similar to that worn by Fidel Castro, as the Statue of Liberty and, after Democratic losses in the 2014 midterm elections, as wearing nothing but a barrel.