The U.S. Marshals Service and FBI had joined the hunt for Richard Matt and David Sweat who were discovered missing from their beds — which were filled with clothes to appear as though they were sleeping — in their cells at about 5:30 a.m. Saturday morning in the Clinton Correctional Facility. 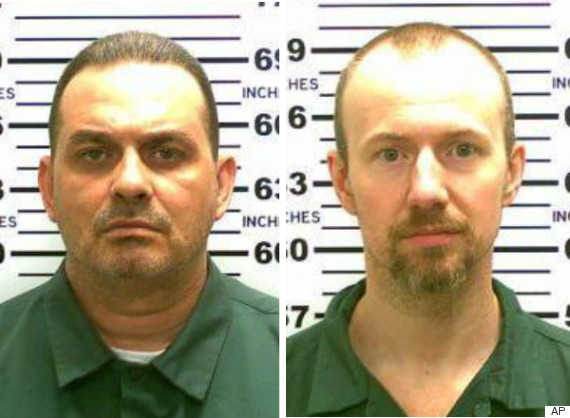 Roadblocks were set up in the area, which is about 20 miles from the Canadian border, and bloodhounds and helicopters were being used to track down the men, officials said.

Gov. Andrew Cuomo called their escape as "an elaborate plot," and described the two as extremely dangerous. He asked the public to notify the police should they encounter the men.

"It's very important that we locate these individuals," he said. "They are dangerous and we want to make sure they don't inflict any more pain and any more harm on New Yorkers." 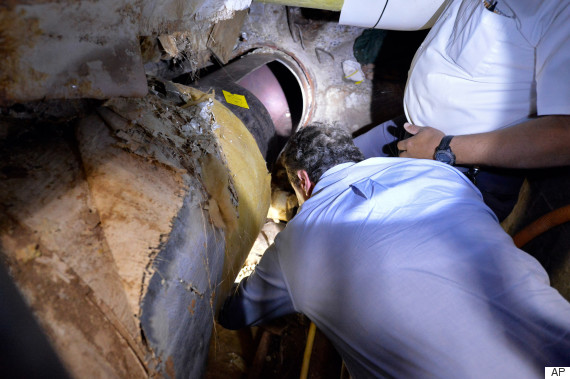 "A search revealed that there was a hole cut out of the back of the cell through which these inmates escaped," Annucci said. "They went onto a catwalk which is about six stories high. We estimate they climbed down and had power tools and were able to get out to this facility through tunnels, cutting away at several spots." 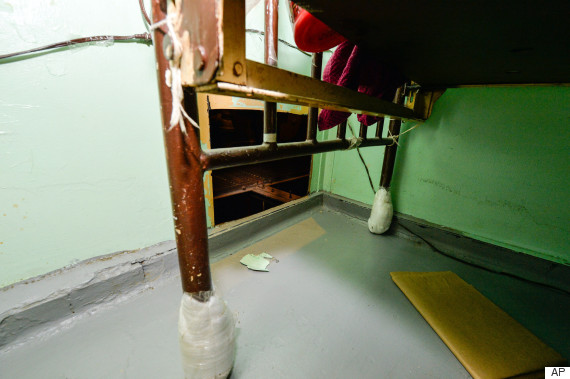 Investigators were probing how the men acquired the tools — and if any were missing from contractors at the prison.

Officials said it was the first escape from the maximum-security portion of the prison, which was built in 1865. 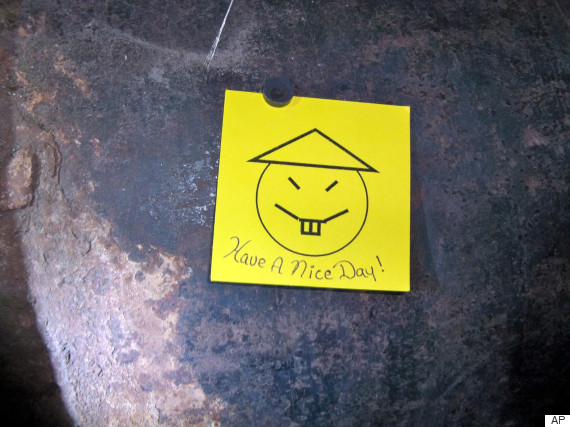 Canadian broadcaster CTV News reported that officials are concerned the men may attempt to enter Canada through Ontario or Quebec, and safety alerts have been broadcast to police officers in the Greater Toronto Area.

Sweat is white, 5 feet 11 inches, with brown hair and green eyes and weighs 165 pounds, police said. He has tattoos on his left bicep and his right fingers.

Matt is white, 6 feet tall, with black hair and hazel eyes, according to police. He weighs 210 pounds and has tattoos including "Mexico Forever" on his back, a heart on his chest and left shoulder and a Marine Corps insignia on his right shoulder.

Sweat and another man fired 15 rounds into Deputy Kevin Tarsia in 2002 shortly after using a pickup truck to break into a Pennsylvania woman's house, stealing rifles and handguns, authorities have said.

And nearly a decade after the 1997 kidnapping, murder and dismemberment of his former boss, William Rickerson, in upstate New York, Matt was returned to the U.S. from Mexico where he had fled to and, later, arrested for fatally stabbing another American outside a bar in a robbery attempt. He was convicted in 2008 of Rickerson's death.