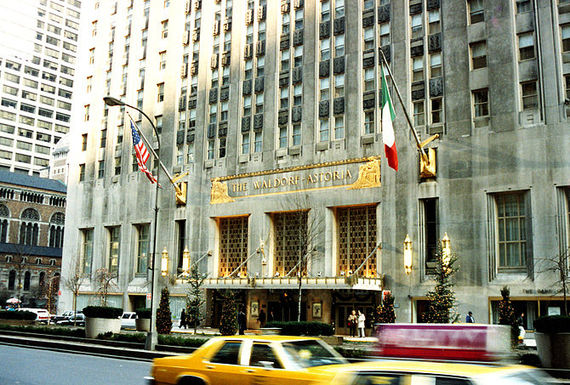 While real estate is often thought of being a transaction between buyer and seller in a resale or developer in a new development, there are other key players that ensure the success of a deal. In order for a new development project to launch, the developer and architect are supported by investors.

Given New York City's presence as a global city, its real estate market achieves strong financial support from international investors. Chinese investment in the city's real estate has been overwhelmingly on the rise, with individual investors from the nation pouring over a total of $5 billion into New York since 2013. These investments have been towards some of the city's most influential buildings, including the Waldorf Astoria, the General Motors building, and the Pacific Park/Atlantic Yards 22-acre mixed-use development in downtown Brooklyn.

Understanding the positive influence foreign investments can have on the growth of the nation, the government implemented the EB-5 program, which grants a green card to those Chinese investors who make great economic investments in the country. While New York developers have used this program for their advantage in the past in order to finance their projects, with over $3.7 billion going to NYC real estate through the program, the federal government placed a hold on providing EB-5 investors with green cards on May 1st and enacted a waiting list instead.

On the other hand, private online real estate marketplaces have been encouraging foreign investments in U.S. real estate, specifically from China. Last month, two of these platforms, China's Juwai.com and America's Auction.com signed a partnership bringing U.S. commercial real estate opportunities to Chinese investors through the screen, exposing the properties to a larger market share and eliminating the need to travel to make a deal. By creating a more user-friendly platform and expanding audience reach, not only are international investors encouraged to join the New York City real estate market, but developers and residents of the city are given more architectural and cultural opportunities.

Tapping into the investment market is also a group of New York residents, who have formed the New York Real Estate Investment Co-operative (NYC REIC) in hopes to raise money through crowd-funding to build spaces for community and cultural centers. The purpose of the coop is to create affordable commercial real estate for community groups, cultural organizations, and small businesses in need of space in order to combat rising rents throughout the city. According to New York Yimby, the coop has already obtained 300 members and secured $1.3 million in pledges, proving the potential success of the grassroots organization.

Whether for the fulfillment of a new residential building to be developed or for small neighborhood organizations to obtain an affordable storefront, real estate investment -- both local and global -- has proven to be a crucial player in the real estate market.