Walking into the polling station at 70 East 10th Street Tuesday, one of the five women poll workers was asleep at her desk.

As of 4:30 PM at the station -- a small room crammed with four polling booths -- only seven Republicans had showed up to vote in the New York presidential primary, one of the women said. The five women had been here since 5 AM.

"We're in the 'velvet village,'" another woman explained. "And this is a heavily, heavily Democratic building," she added, referring to the towering condominium housing the station.

Indeed, Democrats outnumber Republicans six-to-one in the Big Apple, and the GOPers here likely don't have too much motivation to perform their civic duty Tuesday. Mitt Romney is all but a shoe-in for the nomination, even if Newt Gingrich hasn't quite yet dropped out.

The women kept themselves entertained, however, reading newspapers and more importantly, going over procedure. There's another primary election on June 26 for U.S. House and Senate seats. And come November, the station will be much, much busier. 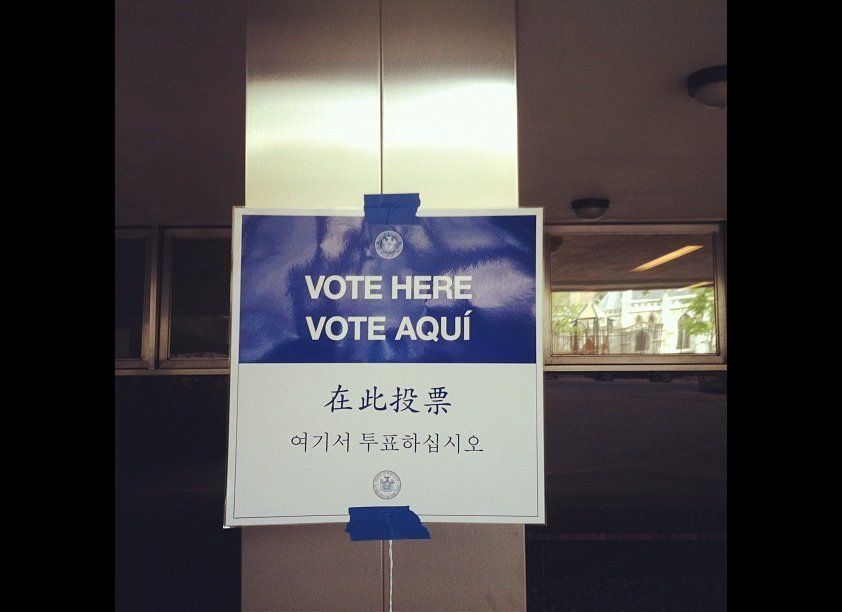