The great-granddaughter of President Franklin D. Roosevelt will honor her family’s legacy and the LGBTQ community by unveiling what’s being billed as New York City’s largest rainbow pride flag.

The staircase at Four Freedoms Park, which opened in 2012 and is located on the southern tip of New York City’s Roosevelt Island, will be decorated in rainbow colors starting Friday, conservators announced on the park’s official website. The newly bedazzled steps will be officially unveiled during a June 15 “Ascend With Pride” ceremony to coincide with World Pride, which is being held in New York for the first time in honor of the 50th anniversary of the Stonewall uprising.

Park officials released an artist rendering of the staircase, which measures 12 feet by 100 feet, with its rainbow flair to media earlier this month.

The installation will remain in place through June 30.

In a June 7 blog post on the Four Freedoms Park’s website, Julia Ireland said she believed the display was a fitting homage to her great-grandparents, Franklin and Eleanor Roosevelt.

The Roosevelts, she added, would have included the LGBTQ community “among those for which they advocated and fought” if they were alive today.

“Our concept of human rights is always evolving; the idea of freedom is not static,” she said. “Part of the park’s mission in commemorating and celebrating those freedoms is to educate current and future generations and to inspire them to re-define and re-imagine those concepts for themselves.”

The park’s name refers to President Roosevelt’s eighth State of the Union address, delivered Jan. 6, 1941. In it, he laid out his vision for “a world attainable in our own time and generation,” founded upon four essential human freedoms: freedom of speech and expression, freedom of worship, freedom from want, and freedom from fear.

That speech would become the basis for the Declaration of Human Rights, which was adopted by the United Nations in 1948.

The flag looks poised to make Roosevelt Island a prominent stop on the World Pride tourist circuit. An estimated 4.5 million people are expected to visit New York in June for the festivities. 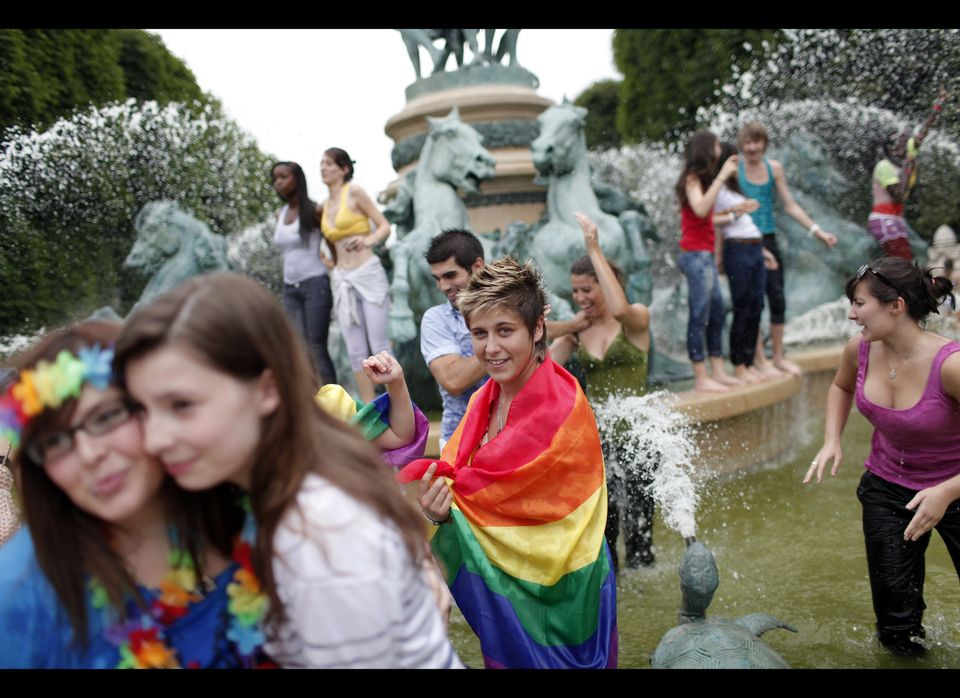