In France, a sandwich is called "un sandwich." In Spain, it's "un sándwich." Things get weird in Portugal where it's called "sanduiche". Even in Greece, the word is "σάντουιτς." And it turns out that sounds a whole lot like "sandwich."

But just because inserting meat between two slices of bread is a near-universal concept, that doesn't mean it's free from the machinations of the New York Department of Taxation and Finance.

In order to help businesses determine what they should and shouldn't put a sales tax on, in 2011 the state posted a "bulletin" recently uncovered on Reddit that gets technical in its definition of what our friends in Japan call a "サンドイッチ" (again, sounds just like sandwich).

Here's what should be included in New York's so-called "sandwich tax," according to the state:

"Sandwiches include cold and hot sandwiches of every kind that are prepared and ready to be eaten, whether made on bread, on bagels, on rolls, in pitas, in wraps, or otherwise, and regardless of the filling or number of layers. A sandwich can be as simple as a buttered bagel or roll, or as elaborate as a six-foot, toasted submarine sandwich."

The bulletin goes on to list examples of what exactly a sandwich is. In case you didn't know, the items below are all sandwiches:

This BLT sandwich is what the New York Department of Taxation and Finance refers to as a "common sandwich," since, well, it's a sandwich. 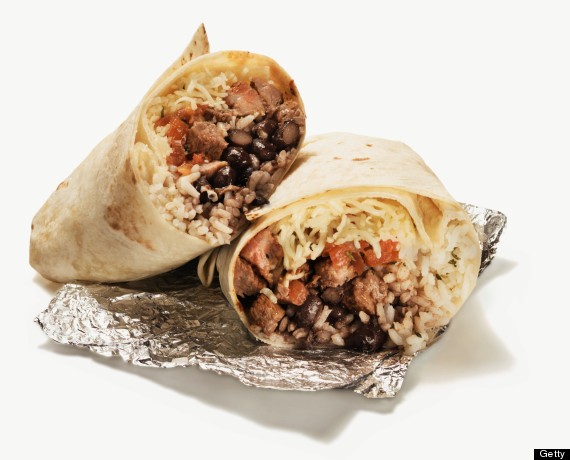 People not familiar with what a sandwich is might call this a burrito. It's a sandwich.

Headed to the ball game? Be sure to indulge in a classic American past time with one of these hot dog sandwiches.

By defining these "bread-based snacks," the New York Department of Taxation and Finance defends it's just trying to help.

"It's trying to stress the point that all sandwiches are generally subject to sales tax, that's the message you want to get across," Cary Ziter, a spokesperson for the Department of Tax and Finance, told Gothamist in response to the new attention the bulletin's received.

Correction: A previous version of this article implied that the bulletin was posted by the city of New York. The New York Department of Taxation and Finance operates on behalf of the entire state.