William Gotsch, a fourth-grade teacher at Madrid-Waddington Central School in Madrid, N.Y., is urging the state to revisit its new education standards, after determining that the common core sample math question on the Education Department’s website are too difficult for fourth graders, the Watertown Daily Times reports.

New York is one of 46 states and the District of Columbia to adopt the Common Core State Standards, a set of national guidelines aimed at teaching a narrower spectrum of subjects but in greater depth. The standards also require teaching some concepts in earlier grades than they were previously taught — a stipulation that has proved challenging for teachers transitioning to the Common Core.

According to Gotsch, fourth graders will be expected to form algebraic equations from multi-step problems and calculate geometric angles at a level “too high for fourth-graders to complete,” the Watertown Daily Times reports.

“I had an advanced eighth-grade student take the test. The student could not get through the first two questions,” Gotsch told the paper.

Two state-based consortia are currently working off of $360 million in federal Race to the Top money to have outside companies develop assessments that align with the educational standards, though New York is ahead of other states in updating its own tests.

Sample questions have been posted on the Education Department's website, and Gotsch says he has sent them to teachers, parents and administrators in an effort to drum up support for changing the standards.

“The bottom line is that we need to make bold, systemic changes to help all of New York’s students graduate high school ready for college and careers,” Burman said. “The Regents’ education reforms are essential, and delay only denies our children the best education we can give them.”

Gotsch disputed this claim, telling the Watertown Daily Times, “Our kids are being robbed as we race to try to pass this test.”

New York has seen its fair share of issues already as the state works to implement the Common Core. Speaking to Gov. Andrew Cuomo’s education reform commission earlier this month, NYC Department of Education Deputy Chancellor Shael Polakow-Suransky said both the city and other school districts require additional funding if they are to successfully implement the sweeping new guidelines.

Polakow-Suransky said the funding would go toward buying new books, software and other learning tools aligned to the Core, as well as developing more rigorous standardized assessments for each grade level.

For the first time, student results on said tests are expected to factor into teachers’ evaluations, along with additional criteria. 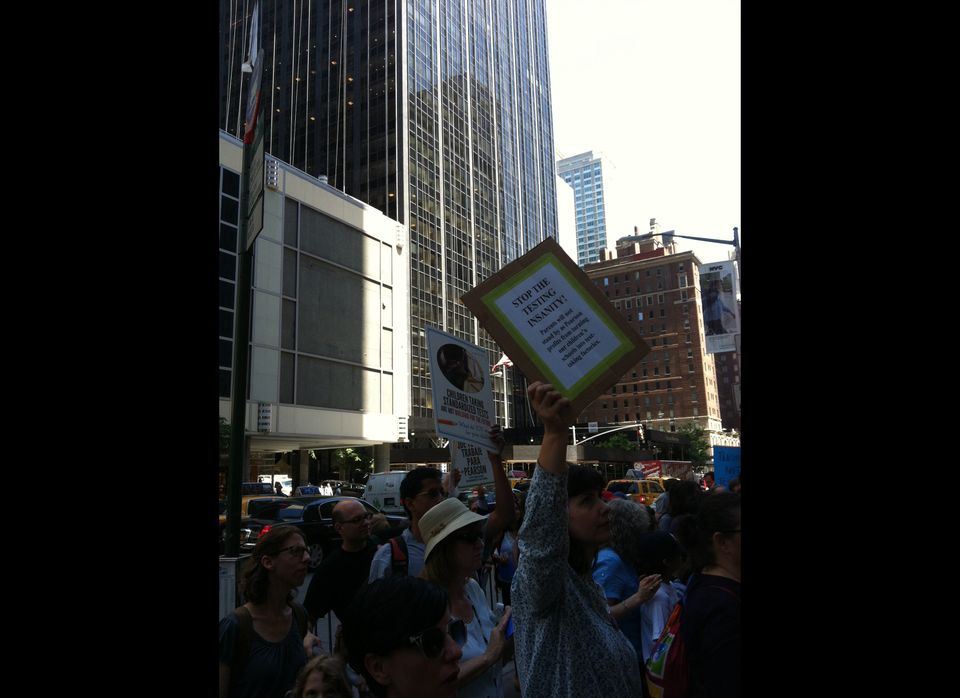