The New York Times found itself with egg on its face when it was forced to admit that it had been fooled by The Onion.

The paper ran a correction on Saturday, acknowledging that, in a gallery of covers of Tiger Beat magazine that it used to commemorate the recently deceased founder of the venerable teen publication, it included a fake cover done by The Onion. The cover featured President Obama, and was used for a 2007 "story" about how a Tiger Beat cover had led to Obama's surge in popularity with tweens.

A series of pictures last Sunday of covers of the magazine Tiger Beat, with an article about how the original teen-girl tabloid has remained virtually unchanged since its inception in 1965, erroneously included a parody cover, produced by the satiric newspaper The Onion, that featured a picture of President Obama. 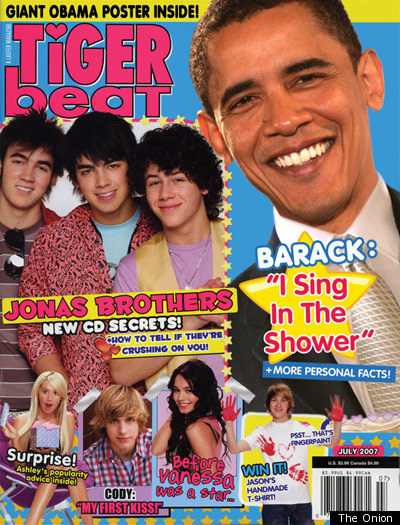