What filter does a Grey Lady use?

The New York Times has launched its very own Instagram account, @NYTimes, which will feature the work from staff and freelance photographers, and experiment with an "Instagram-first method of storytelling," the newspaper announced in a press release Monday. 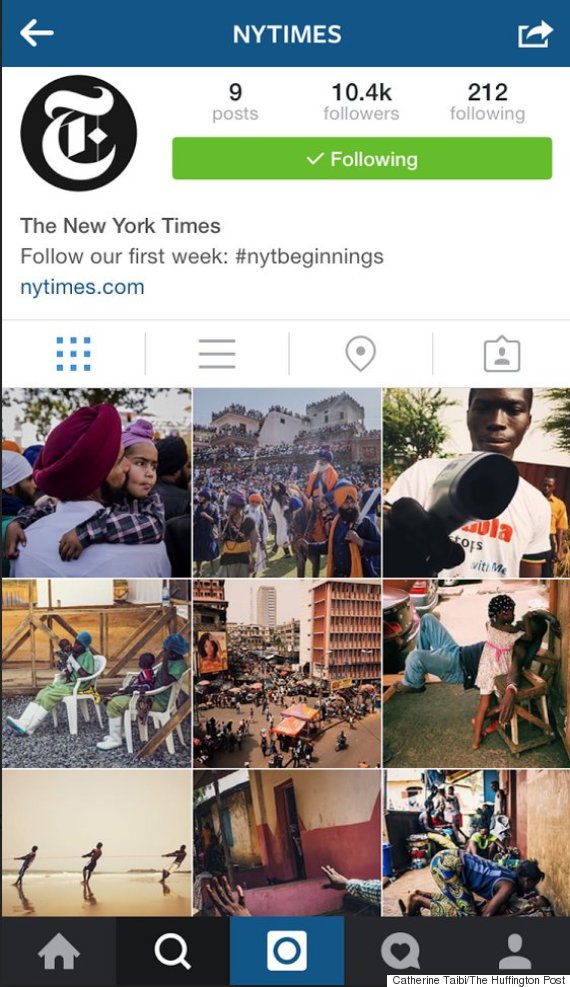 “With the launch of The New York Times Instagram account, we will bring The Times's rich, visual storytelling to a new audience," said Alexandra MacCallum, assistant masthead editor for audience development. "Our Instagram strategy is designed for the social, mobile space where we hope to build awareness of The Times's brand and engage new readers with our incredible photojournalism."

To kick things off, the Times will be posting images from seven photographers covering issues worldwide using the hashtag #nytbeginnings.

The newspaper posted its first Instagram picture on Monday: a photograph taken by Bryan Denton while covering the Ebola crisis in Sierra Leone.

On Tuesday, the paper posted this image from Berehulak: