The New York Times remembered the victims of the Newtown, Connecticut shooting in a powerful front page on Sunday.

On Friday, 27 victims — including twenty children ages six and seven — were killed in a horrific shooting at Sandy Hook Elementary School in Newtown, Connecticut. Their names were released on Saturday.

"We are going with a very different kind of front page tomorrow at the Times," metro editor Carolyn Ryan wrote on Saturday. "No photos above fold, simply the victims' names, against black backdrop." 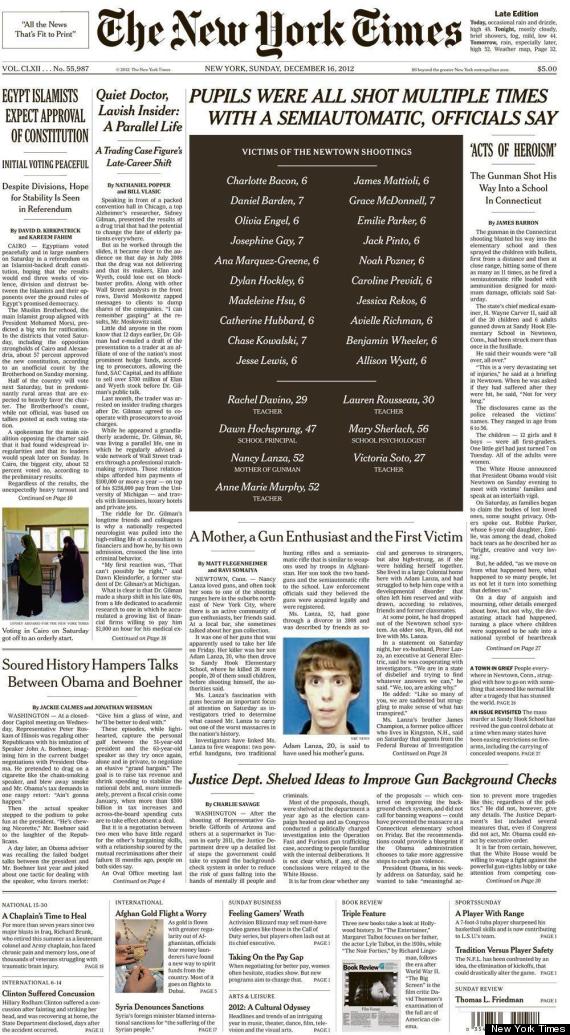 The Times also ran the names on its homepage on Saturday night: 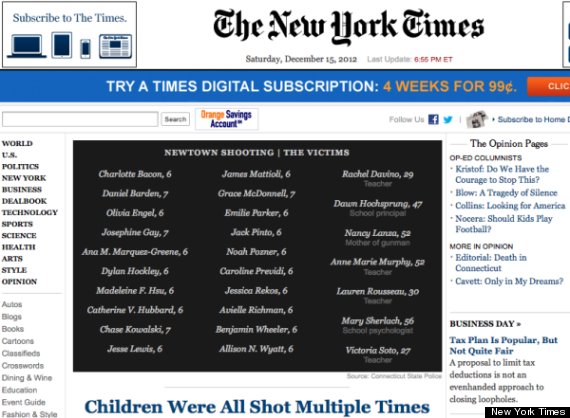 Other news outlets, including The Huffington Post, paid tribute to the victims in their splashes as well: 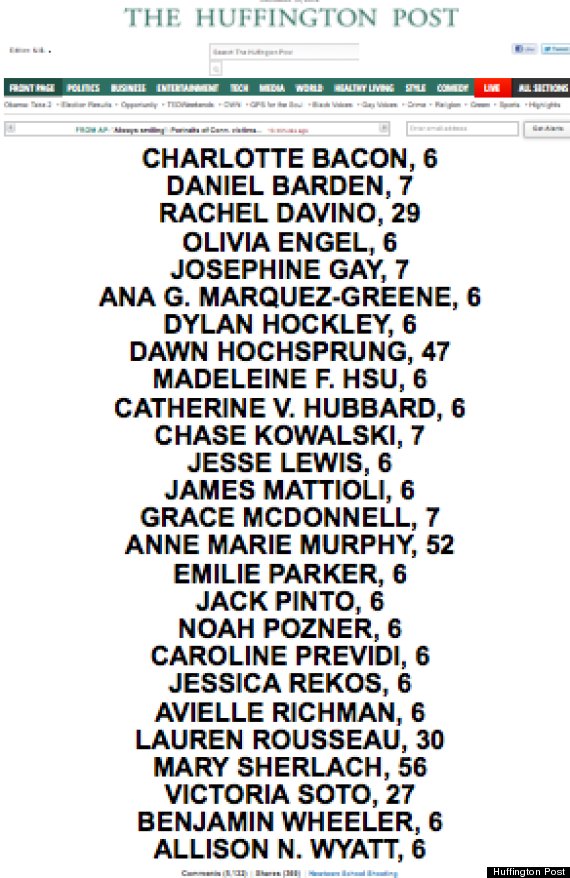 CORRECTION: A previous version of this story stated there were 26 victims in the Newtown, Conn., attack. There were 27.