Readers who picked up the New York Times may have noticed that not all was right on the front page of the newspaper on Friday.

The newspaper of record made a glaring typo on its front page. To make matters worse, the mistake appeared above the fold, in a headline of a major story about the protests in Brazil. 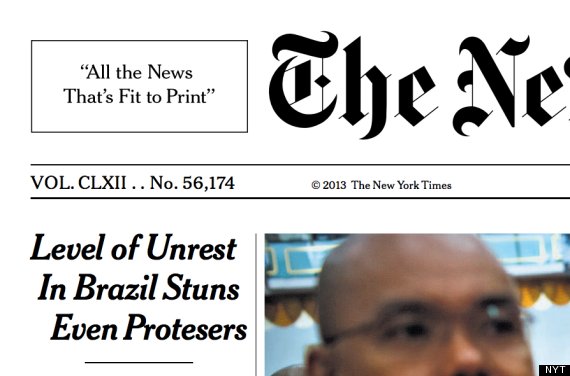 Eric Asimov, wine critic for the Times, made note of the error. "Yes, even the NYT occasionally ignores spell check. Just hate when it occurs on Page 1 on paper," he tweeted.

The newspaper is no stranger to occasional errors. Last month, it misstated the name of the band "Daft Punk" as "Daft Pink" and "Daft Puck," and issued a subsequent correction.