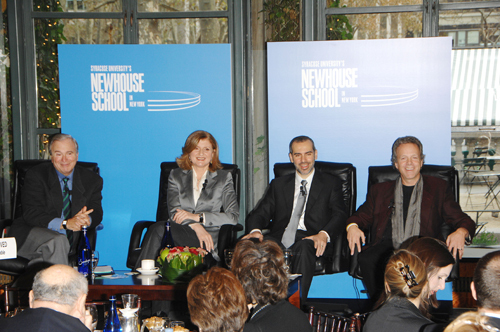 The highlight of the discussion, co-hosted by Syracuse University's Newhouse School, came about midway in, when the panelists were tossing around ideas as to why the Republican Party is so much less internet savvy than their Democratic counterparts. McKinnon suggested there was an "institutional resistance to technology" among the GOP that was related to demographics. Arianna sent the crowd into hysterics with her response: "It may also be because three of your candidates don't believe in evolution. It's a Neanderthal mentality that goes back way earlier than the internet."

The three panelists — Daou was a last-minute replacement for John Edwards' principal strategist, Joe Trippi, who was stuck in Iowa — spent about 45 minutes discussing how the internet has changed politics, whether it's coarsened politics or exaggerated the primary timeline or made things easier for a third party candidate to mobilize out of nowhere. The panelists disagreed on many details, but the general, and obvious, consensus was that the rules of the game have been fundamentally changed by the internet and that the internet's impact will only increase in future election cycles.

Listen to the discussion:

The discussion took place in front of a crowd that can best be described as the kind of people for whom 8AM is not early. It wasn't exactly a media crowd, though New Yorker types were in full supply; it was more of a New York establishment crowd, with people like Ed Koch, Howard Rubenstein, Nina Zagat, Esther Dyson, and Shelly Lazarus sprinkled throughout the dining room overlooking New York's Bryant Park. 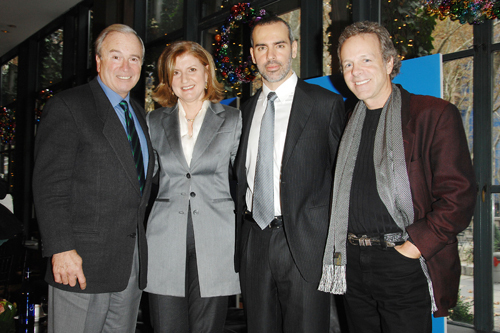 Images and podcast courtesy of the New Yorker.