The latest cover of the New Yorker took a jab at the Obama administration over its recent scandals.

The cover illustration features giant Uncle Sam peering through the bedroom window, at a frightened woman on her phone. Richard McGuire, the artist who created the cover, told the magazine, “George Orwell’s ghost is shaking his head saying, ‘I told you so.'"

The image is a nod to new revelations about the NSA's top-secret domestic surveillance programs, which the Guardian and the Washington Post broke to the public earlier this month. Citing classified information leaked by source Edward Snowden, the two bombshell stories revealed that the U.S. government has been monitoring the phone records of millions of Verizon customers, and mining the servers of Internet firms. Prior to that, the White House was already under fire for the DOJ's secret investigations into the Associated Press and Fox News reporter James Rosen, as well as the IRS' targeting of conservative groups. 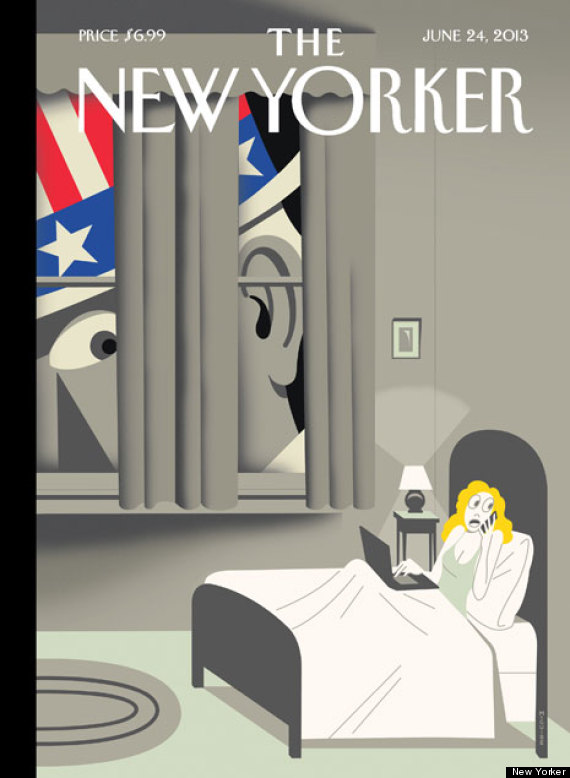