The New Yorker celebrated the Supreme Court's historic rulings on gay marriage with one of its most awesome covers of all time. It marked the moment by featuring what many people consider to be one of the most famous gay couples in pop culture: Bert and Ernie.

In the magazine's cover, titled "Bert and Ernie's Moment Of Joy," the two Sesame Street characters are shown snuggling together on the couch as they watch the landmark Supreme Court rulings on television. 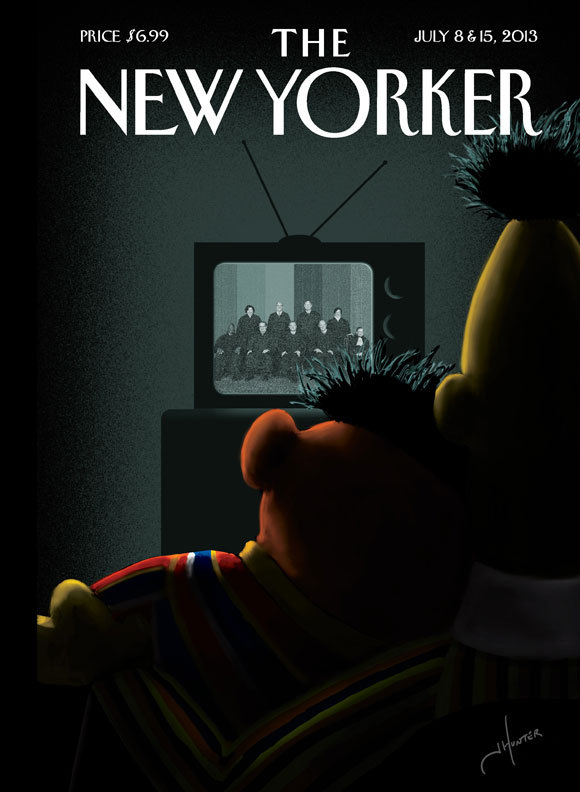 The magazine wrote that the cover artist, named Jack Hunter, originally submitted the image, unsolicited, to a Tumblr. "It's amazing to witness how attitudes on gay rights have evolved in my lifetime," he told the New Yorker's Culture Desk. "This is great for our kids, a moment we can all celebrate."

Sesame Street has long denied that Bert and Ernie are anything more than friends, saying in a 2011 statement that the two "do not have a sexual orientation." Even so, now that the pair have been celebrated as the ultimate gay duo, wouldn't it be time to bring them a little closer together?