The New Yorker revealed its Dec. 8 cover image in the midst of unrest in Ferguson, Missouri.

The cover depicts a distorted version of the Gateway Arch in St. Louis, broken into two parts -- one black, one white.

“I wanted to comment on the tragic rift that we’re witnessing,” illustrator Bob Staake said. “I lived in St. Louis for seventeen years before moving to Massachusetts, so watching the news right now breaks my heart. At first glance, one might see a representation of the Gateway Arch as split and divided, but my hope is that the events in Ferguson will provide a bridge and an opportunity for the city, and also for the country, to learn and come together.”

Protests raged in Ferguson and across the nation this week in the wake of Monday night's announcement that police officer Darren Wilson would not be indicted for the death of Michael Brown. Wilson, who is white, shot and killed Brown, a black teenager, on Aug. 9. 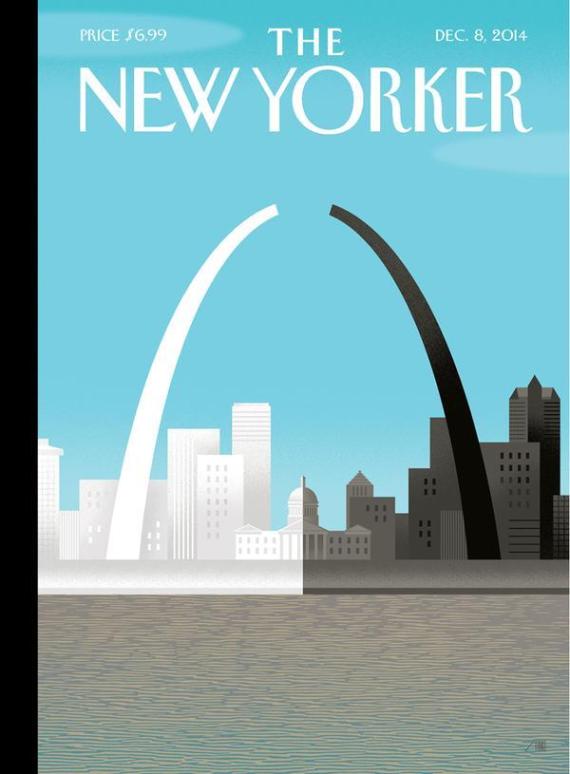 CORRECTION: This story has been updated to accurately identify the Dec. 8 issue.