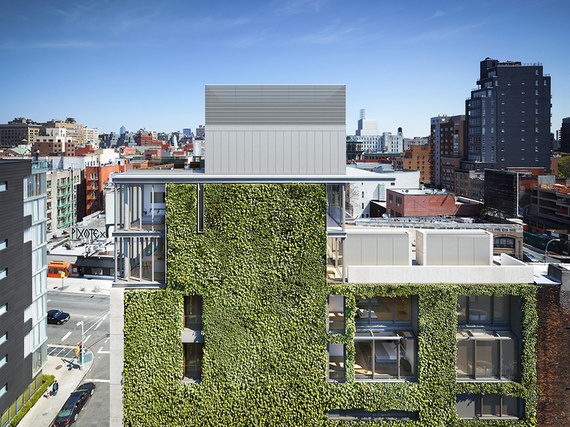 As the presidential race gathers speed and the Paris Agreement turns a major corner with the support of China, India, and the US, the issue of climate change continues to take center stage. Recent reports that global carbon dioxide levels have hit an all-time high have also reinforced the need for action, and the quest for sustainability is more pressing than ever.

The USA and China officially ratified the Paris Agreement on climate change at the beginning of September, with India following suit on October 2. The agreement, which aims to reduce global warming, is now just a hair's breadth away from the 55 percent representation threshold needed to render it effective.

However, the climate change conundrum is not merely limited to politics and future generations. When you consider the mental and physical benefits of a greener lifestyle, it's a topic that hits extremely close to home.

Environmental benefits aside, the presence of nature and greenery has long been linked to increased happiness and lower stress levels. However, when it comes to making our cities greener, one of the biggest challenges we face is urbanization--and a subsequent lack of space. By the year 2050, it is estimated that 66 percent of the global population will be city-based. So how can we cater to these numbers whilst also ensuring that our cityscapes are more eco-friendly?

According to a recent architectural trend often featured on websites that promote sustainability in cities, the answer may well reside in the city walls. With New York State about to get its largest ever residential green wall, green city living is quite literally on the rise.

The project on 152 Elizabeth Street centers on a luxury condo complex in the Nolita neighborhood of Manhattan, the entire southern wall of which will be covered in living foliage. Developed by Sumaida + Khurana, the project is the very first in New York to be designed by Japanese architect Tadao Ando, with landscape architecture firm M. Paul Friedberg and Partners taking care of the greenery. The green wall itself will be covered in different vines depending on the season, from English and Boston Ivy to Climbing Hydrangeas and Jasmine Clematis.

Apart from being set to make quite the visual impact, such a large-scale green wall offers a seemingly endless list of benefits. For a start, the particulate matter and gasses trapped by the plant life help to mitigate pollution levels and improve external air quality. What's more, a green wall can provide thermal insulation for the building, easing the demand for power and the subsequent level of harmful by-products.

The concept itself even presents opportunities for urban agriculture and onsite water treatment--and just to add to the list, certain studies show that city dwellers with access to natural greenery also stand to benefit from increased job satisfaction and productivity.

As rapid urbanization puts increasing demand on our cities and the environment, the green wall concept certainly kills many birds with one stone. Just as high-rise architecture has long been the answer to a lack of floor space, projects like this one show a glimpse of what the future of eco-friendly cities could look like.