I believe that few people could name more than five members of the UN Security Council. The U.S., Russia and China certainly. Think hard and you would probably add in the United Kingdom and -- maybe -- France, as the countries who hold the power of "nay" or "aye" over key actions of the United Nations, including how the UN addresses conflicts arising around the world. 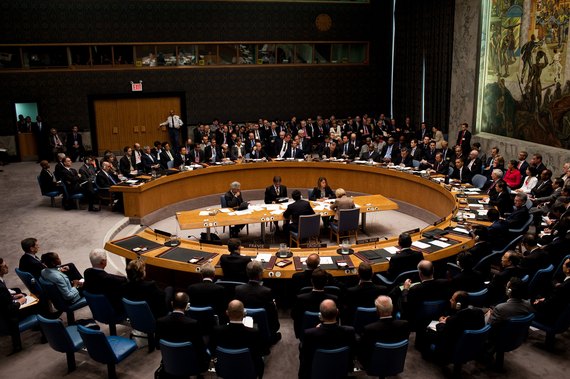 There are 10 other countries who are non-permanent members elected for two-year terms by the General Assembly.

My country Timor-Leste is actively supporting New Zealand for one of the two seats.

I have lived with and aged with the UN Security Council, since December, 1975, when I first addressed the Council at age 25, on the Indonesian occupation of my country, Timor-Leste (formerly East Timor). And while the voice of the superpowers and other developed nations such as the European members are indispensable, the council, being the only group in the UN with real teeth, is far too important to be an exclusive club of the powerful.

Besides the country of my birth where so many of my loved ones are buried in our long fight for freedom, without a doubt New Zealand is up there among my top 10 choices to visit and live.

Covering an area of 268,000 sq kilometres, with 4.5 million wonderful people, an average wage of around US $46,000, New Zealand is affluent by any standards, prosperous and egalitarian, unpretentious, proudly independent.

Pakeha (New Zealanders of European descent) make up 70 percent of the population; about 13 percent are Maori and Pacific Islanders; Asians are 7 percent, people of mixed race are 8 percent. There is no dominant religion: almost 20% profess no particular faith; Anglicans, 15 percent; Roman Catholics 12 percent; Presbyterians 11 percent; and other assorted protestant variations.

Literacy is 100 percent, life expectancy is over 80 years of age. Just one major worry: New Zealanders seem to have given up on sex, as population growth rate is a dismal 0.9 percent.

Unlike other European settler countries that almost completely obliterated indigenous identity, culture and languages, New Zealand is exemplary in its efforts to reconcile with the original inhabitants of the islands, the Maori people. Maori is an official language, together with English and New Zealand Sign Language.

Maori, a fiercely proud people, fought off marauding Europeans who landed landed in those far lands, but in 1840 Maori leaders and representatives of the British Crown signed the Treaty of Waitangi, and thus began the formation of New Zealand.

New Zealand's natural beauty is simply breath-taking; and unlike Australia, home to every ugly, poisonous animal on Earth, it is free from all these creatures -- no scorpions or cobras.

Being at the edge of the world was in fact an advantage during the Cold War era. It is so far that even the then "expansionist" Soviet Union never considered it to be a valuable asset to be invaded. Distance and isolation always protected it from super-power predators.

Like Australians who died on behalf of the British Empire by the tens of thousands in absurd wars in Asia and Africa, New Zealanders too were sacrificial lambs of the British Crown and imperial US in their foreign wars, from Asia to Africa and Turkey.

While enjoying close ties to the U.S. and Europe, New Zealanders have shown on occasion to be proudly independent. It was in the early 1980s that that postcard islands stood up to the giant US, refusing US Navy port calls over Washington's refusal to confirm or deny if the ships were carrying nuclear weapons. In response, the U.S. cut New Zealand out of its security agreement, ANZUS. New Zealanders also stood up against French nuclear testing in the Pacific Islands. The price they paid for this was the bombing of the Rainbow Warrior ship by French agents in Auckland harbor. New Zealand remains nuclear-free to this day.

About the size of Norway and equally proudly independent in world affairs, New Zealand is one of those few countries that has no dispute with anyone anywhere, was never invaded and never invaded anyone.

Modest and discreet, it doesn't boast about its generous aid contributions -- nearly half a billion dollars in total -- to the region and the rest of the world. Though small, it has made enormous contributions to development, peace and security in our region, in particular in Solomon Islands, Bougainville and Timor-Leste. Both Defence Force personnel and Police were involved in the UN operations in Timor-Leste, and helped contribute towards the stabilisation of my country throughout the difficult post-Independence period.

New Zealand has also deployed peace-keepers far from its shores, including in Afghanistan, Bosnia, Kosovo, the Sinai, and the demilitarized zone between North and South Korea. New Zealand did not send troops to Iraq as that mission did not have UN backing.

New Zealand is also heavily involved in disaster response, especially in the Pacific Islands and in Southeast Asia -- areas particularly vulnerable to cyclones, earthquakes and volcanos.

Why am I so passionately advocating for New Zealand to take a seat in the UN Security Council?

I have been a human rights activist, independence advocate, a diplomat, Foreign Minister, Prime Minister, President, spanning 40 years now; and it has been 40 years of observing, learning and exercising national governing powers as well practicing international diplomacy, being a beneficiary of the United Nations, a victim of the world's indifference but also grateful in the end when indifference changed to care.

While a truly global power like the U.S. is indeed an indispensable country, and while major regional powers like China, Russia, Japan, Indonesia, France, Great Britain, Germany, Brazil, Nigeria, South Africa, etc. are equally indispensable, the world needs small countries with decades of active engagement with the world, to facilitate dialogue, mediate and bring parties in wars to the negotiating table.

Timor-Leste will vote for New Zealand and I hope all other proud UN Member States will do likewise.