Whether you peel them off slowly or just rip them away, one thing is certain about bandages: they hurt like heck when they come off.

But beyond the hurt, sticky bandages are actually a pretty big medical problem. More than 1.5 million people suffer injuries every year when bandages are removed — primarily newborns and the elderly, whose skin is more sensitive and easily damaged. Injuries in these cases can vary from temporary skin irritation to permanent scarring.

"This is one of the biggest problems faced in the neonate units, where the patients are helpless and repeatedly wrapped in medical tapes designed for adult skin," said Dr. Bryan Laulicht from Brigham and Women's Hospital.

To help solve this problem, Laulicht and other researchers from Brigham and Women's Hospital, the Harvard Stem Cell Institute and the Massachusetts Institute of Technology set out to develop a new type of bandage that would not hurt newborns' skin when removed. They pulled their inspiration from three elements in nature: spider webs, which have different degrees of adhesiveness; the mineral mica, which forms easily peeled layers; and the feet of geckos, which contain patterns that allow the lizards to climb vertical surfaces but not stick permanently.

With these three examples in mind, the researchers developed a novel bandage that has three layers. The first layer is the adhesive, the top layer is a not-sticky backing, and the middle layer — and this is their real innovation — is an anti-adhesive coating that allows the backing to be removed quickly and easily without the application of much force. This layer was etched with a laser to create a pattern that had the strength to hold the bandage together but a low peel force to allow for each removal when tugged at the right angle. After the top layers are moved, the residual adhesive stays on the skin where it can easily be removed just by using a finger to roll it off the skin. Even that adhesive, the researchers say, is better than the one used in current medical tape bandages.

"By controlling those interactions, we were able to define a regime where the adhesive could secure devices very strongly to the skin, but was very easy to remove," co-author Jeffrey Karp told CNN.

A study detailing this new bandage was published Oct. 29 in the journal Proceedings of the National Academy of Sciences.

Now, don't go rushing to your local store looking for spider-web-gecko-feet bandages. The researchers' concept hasn't been clinically tested, so it could be years before it hits the market. So far it has only been tested on stainless steel plates and the researchers' own arms — which shows how much they threw themselves into their work. 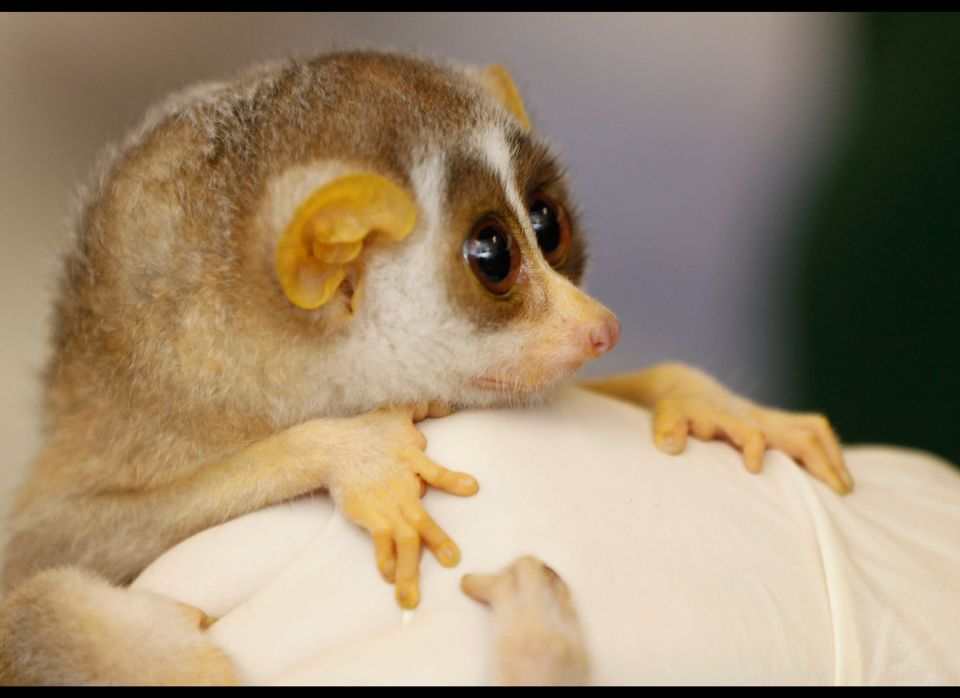 1 / 36
<em>From Getty:</em> LONDON, ENGLAND - JULY 21: A five-month-old female slender loris waits to be given her first health check by the veterinary team at London Zoo on July 21, 2011 in London, England. Two female baby slender lorises, who are yet to be named, were given health checks, their sex determined and micro-chipped. Slender Loris is the common name for the strepsirrhine primates who are nocturnal and originate from India, Sri Lanka, and southeast Asia. London Zoo supports conservation of lorises in Sri Lanka, where populations are thought to be under threat from deforestation. (Photo by Christopher Furlong/Getty Images)
Getty