It's rare with any endangered species to rejoice--but the birth of six new orca whale calves this year to the J, K, and L pods has the Pacific Northwest breaching for joy. In any culture, we celebrate long-awaited births with gifts. What can we offer these orca families to commemorate their newborns, this happy "baby boom" after three years of heart-breaking losses of their calves? We can finally make good our government promises by tearing down the Snake River dams and so help nourish orcas with the Chinook salmon they need to thrive. 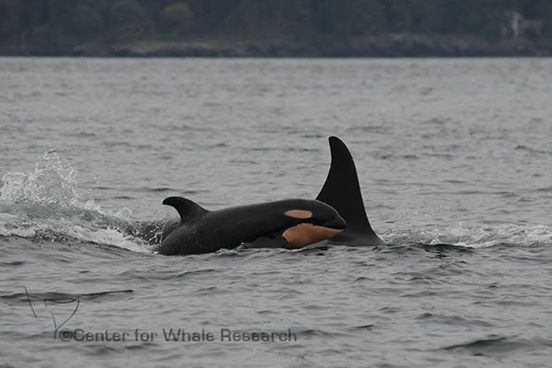 "The Class of 2015," these new orca calves are dubbed as we welcomed the sixth baby orca, J53, whose mother is a 38-year-old grandmother in J pod. The J pod matriarch, Granny (J2), is 104. Orca families are matrilineal; new research reveals that orca mothers live longer after menopause because "the presence of mothers ensured greater survival of adult sons to breeding age." Like humans, orcas have strong family societies, cooperative hunting, and complex communication skills.

These newborn orca calves, including several males, will never leave their mothers; and this profound life-long bond is obvious when watching how closely orcas swim, bodies almost touching. Elder matriarchs, like Granny (J2) lead the J, K, and L pods and teach their newborns to navigate the many dangers--busy shipping lanes, pollution, dwindling fish stocks, and military sonar. But even centurion orcas cannot give these newborns what's most crucial for their survival: the nutrient-rich, fatty Chinook salmon. Only we can restore their salmon.

"We know these orcas are hungry," Joseph Bogaard, of Save Our Wild Salmon.

Bogaard, along with other salmon and orca advocates, are hoping to renew traditional salmon runs for these highly endangered orcas by removing four dams on the lower Snake River. This "largest stronghold for Chinook" on the Columbia River's tributary, the Snake River, would help safeguard this new orca baby boom. A federal judge, James Redden, who presided over fish litigation in the Columbia Basin, has ordered that federal agencies consider demolishing these Snake River dams since 2003. But as yet, agencies have not followed this directive. Nationally, 241 dams have been removed in a growing effort to improve American rivers. The Washington Post reports "Faced with aging infrastructure and declining fish stocks, communities are tearing down dams across the country in key waterways that can generate more economic benefits when they're unfettered than when they're controlled."

Why not also remove these expensive, obsolete "deadbeat dams" on the Snake River? Veteran orca researcher, Ken Balcomb, of the Center for Whale Research, notes in a National Geographic column, "Even many of the Army Corps of Engineers' internal documents recommend that returning the river to natural or normative conditions may be the only recovery scenario for Snake River fall Chinook salmon."

Balcomb and other researchers, including Orca Network's, Howard Garrett, highlighted an October event, "Intertwined Fates: The Orca-Salmon Connection." Joining together the orca and salmon scientists and advocates, as Howard Garrett explains. First: to remove the Snake River dams and "open 140 miles of riverbed and 5,500 miles of upstream habitat for salmon." Garrett notes that unlike deep-ocean transient orcas, who prey upon seals or other marine mammals, the Southern Resident orcas only eat fish. Eighty percent of their diet is salmon. 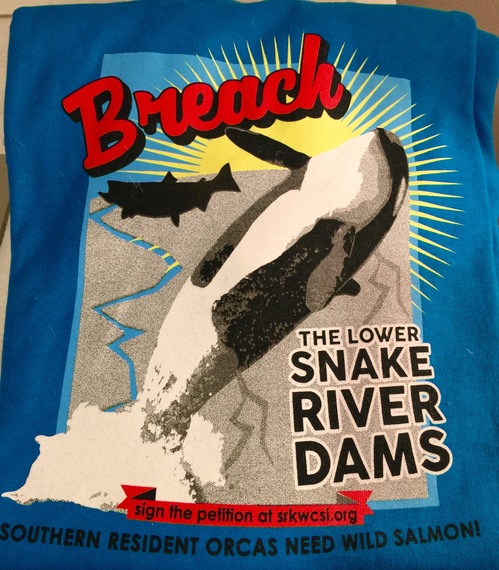 There is a growing and urgent movement to bring down the Snake River dams. A popular petition sponsored by the Southern Resident Killer Whale Chinook Salmon Initiative urges the federal government and Congress to immediately "remove these concrete barriers to the orcas' continued survival." A popular Twitter campaign #FREEtheSNAKE inspired a flotilla of hundreds of kayak protesters. A fascinating YouTube video "Free the Snake: Restoring America's Greatest Salmon River," shows why restoring rivers, the "circulatory system" of our lands, is vital not only to salmon and orcas, but to our shared land and sea habitats.

"Large fish runs, historically in Northwest, are like a nitrogen pump scavenging food from the oceans and bringing it back on land," says University of Washington's David Montgomery. "Anything that blocks a river, like a dam does, limits their access to part of their world that salmon need to complete their life cycle. "Voice of the Orcas" and Blackfish cast member, Dr. Jeffrey Ventre adds "The science is clear: a healthy salmon fishery feeds people, bears, and killer whales. Breach the Snake River dams and let nature heal itself. No fish, no blackfish."

Restoring these once-generous salmon runs not only saves orcas and salmon, it also helps protect us on land and sea from global climate change. Like salmon, orcas carry nutrients from our waters deep inland. A new study in Science Daily reports, "in the past, this chain of whales, seabirds, migratory fish, and large land mammals transported far greater amounts of nutrients than they do today." These nutrients carried in feces kept the whole planet fertile. When we disrupt the earth's nutrient cycle by killing whales and destroying salmon, "this broken global cycle may weaken ecosystem health, fisheries, and agriculture."

Chief Seattle said, "All things are connected, like the blood that unites one family." In the 21st century, we are just beginning to truly understand this profound connection between ourselves and all the animals sharing our habitat. 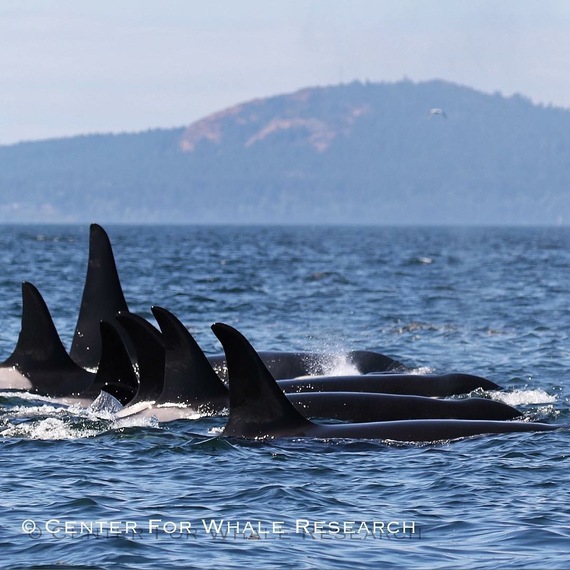 As we welcome these newborn orcas and the nourishing natural cycles that will also benefit our own children, let us sing and bring the birthday gift of breaching these deadbeat dams. For centuries Native Peoples have sung and danced to celebrate the orcas, these "People Under the Sea." Every summer, many people travel to the San Juans, home of the Southern Resident orcas, to sing to them at Lime Kiln Point. Watch this inspiring video of OrcaSing-- when the J, K, and L pods actually joine their vocalizations with the human choir--and take a moment to sign the petition to bring down the dams and feed the orcas. Think of it as a birthday gift and a good meal for hungry newborns.

Brenda Peterson is a National Geographic author of 18 books including Sightings: The Gray Whale's Mysterious Journey and Between Species: Celebrating the Dolphin-Human Bond. www.BrendaPetersonBooks.com