The color you see below is no ordinary hue.

It's one of the world's newest -- and perhaps most vivid -- shades of blue. It also happens to be the result of a brilliant mistake.

A team of chemists discovered YInMn blue during a chemistry experiment at Oregon State University in 2009. "It was serendipity, actually," said Mas Subramanian, the OSU chemist who led the experiment, in a press release. "A happy, accidental discovery."

Now scientists have perfected the pigment and it's going on sale as an option in commercial coatings, plastics and household paint this year.

It all started when Subramanian and his team were trying to find materials with magnetic properties that could be used in computer hard drives. The OSU chemists mixed manganese oxide, which is black in color, with a variety of chemicals. They then heated the mixture to nearly 2,000 degrees Fahrenheit.

After a failed test run, one of Subramanian's graduate students removed the mixture from the furnace, only to find an impossibly blue powder.

"I expected [the resulting substance] to be brown or black," Subramanian said in 2014. "But when I saw what he had, I knew this was something unusual."

The chemists named the vibrantly pigmented powder YInMn blue after the chemical elements of which it is made: yttrium, indium and manganese, according to artnet News. They published their findings on the colorful discovery last year in the Journal of the American Chemical Society.

The pigment's intense blue hue is a result of its unusual crystal structure, known to chemists as trigonal bipyramidal coordination. This structure allows the pigment's manganese ions to absorb all red and green wavelengths of light, while reflecting back only blue wavelengths, according to an OSU press release.

And the spectacular color isn't just a sight to behold.

The YInMn blue pigment also possesses unique characteristics which make it a coveted material for commercial companies and artists alike.

Art restorers, in particular, are interested in YInMn blue because the compounds that make up the vibrant pigment are so stable and durable, the color won't fade, artnet News reported. What's more, the pigment can be "tuned" to produce a wide range of blues, from sky blue to near black.

The pigment could also be used in roofing materials. Since YInMn blue reflects about 40 percent of infrared energy, it could keep buildings cooler. So it could reduce air conditioning costs.

A hallmark of the pigment is that it contains zero toxic ingredients, Subramanian says. That makes it a safer alternative to existing blue pigments, such as Prussian blue, which have toxic properties.

"Ever since the early Egyptians developed some of the first blue pigments, the pigment industry has been struggling to address problems with safety, toxicity and durability," Subramanian said in a press release.

Since details of the pigment's discovery were published last year, Subramanian has worked with paint manufacturers, conservation companies and chemical firms which make pigments for plastics, inks, cosmetics and coatings for cars and aircrafts.

And while practical applications for the pigment could make our world a greener place, our favorite uses of YInMn blue are accomplished with a paintbrush.

Subramanian has given samples of the pigment to several artists, allowing them to experiment creatively with the vibrant hue.

"It is a rare 'Art Meet Science' moment," Subramanian said of the creative collaboration.

Below, check out the many shades of YInMn blue in artwork by OSU visual arts student Maddy Corbin and artist Rebecca Shapiro. 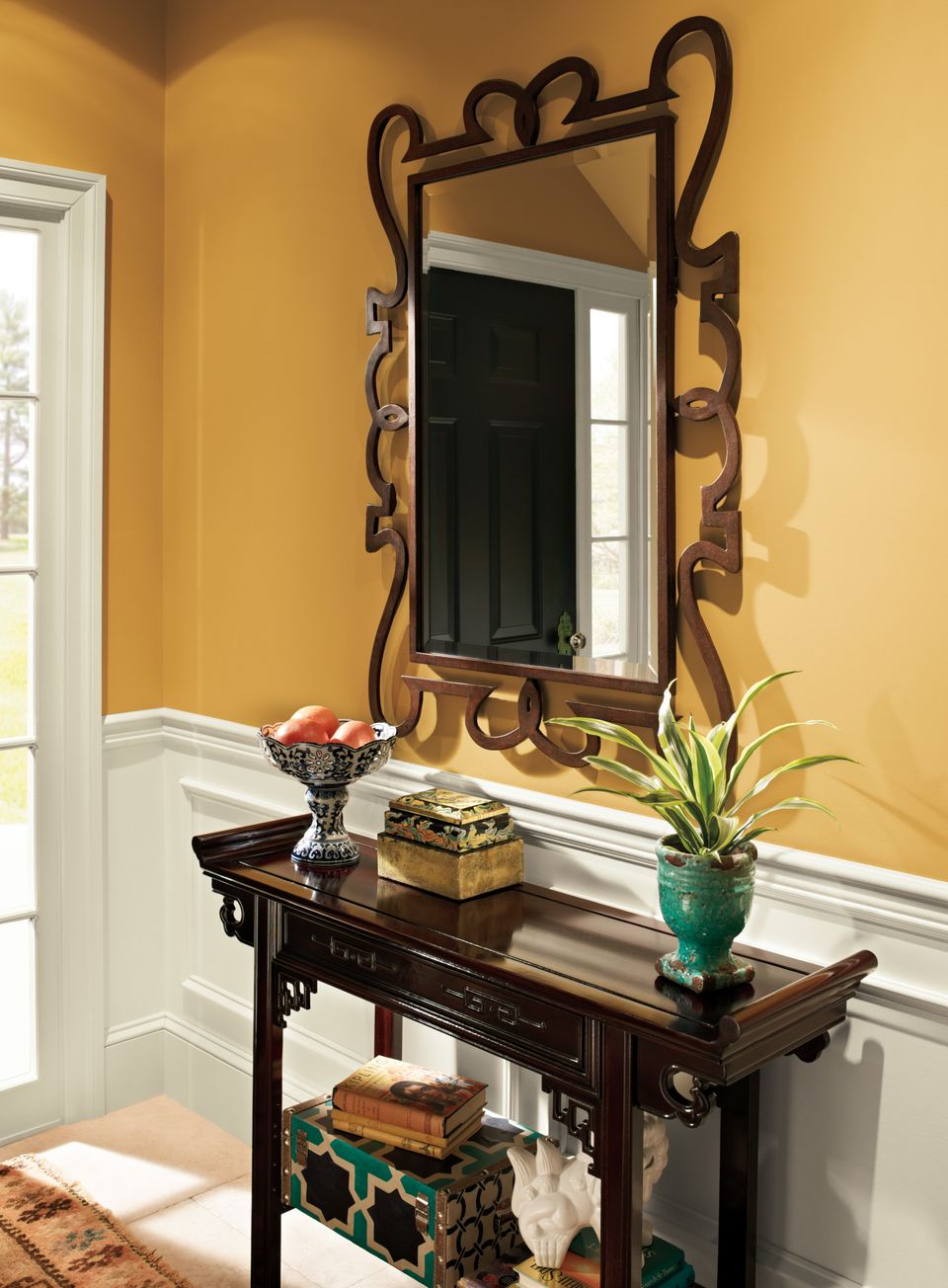