Denver couple Michael and Tami Mantia were supposed to have an outdoor wedding on Saturday, but Mother Nature had other plans.

The weather that May morning was beautiful, but by the afternoon, fog started rolling in. Then the rain came. By 8 p.m., it was snowing. The bride and groom had no choice but to move the festivities inside and embrace the change of plans. 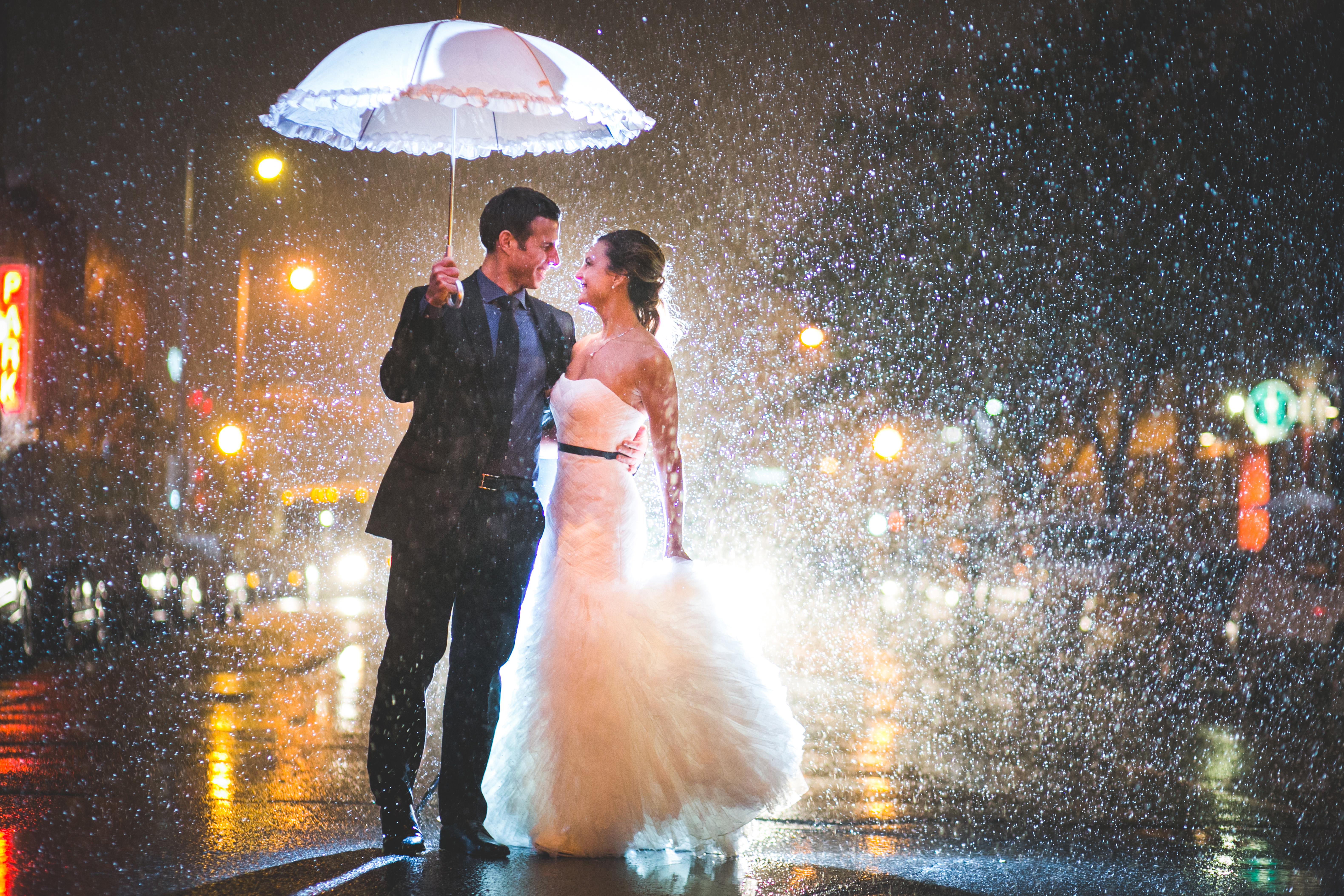 "As stressed as I was about the weather, plan B turned out to be better than we could have imagined and we would not change anything about the day!" the bride told The Huffington Post.

The newlyweds and their bridal party made the best of the less-than-optimal conditions and took their photos outside anyway. Photographer Daylene Wilson was behind the lens to capture the love and laughs. 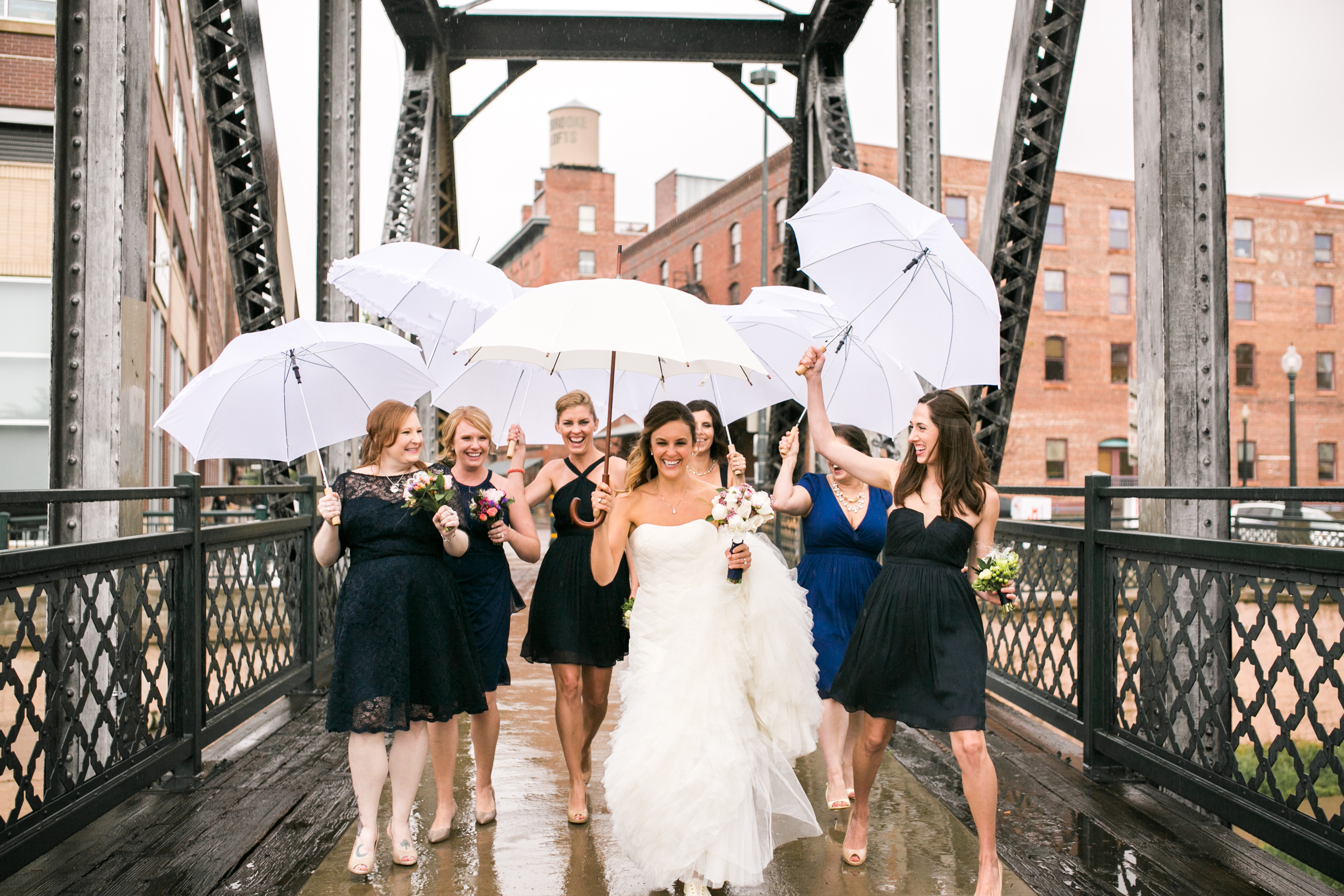 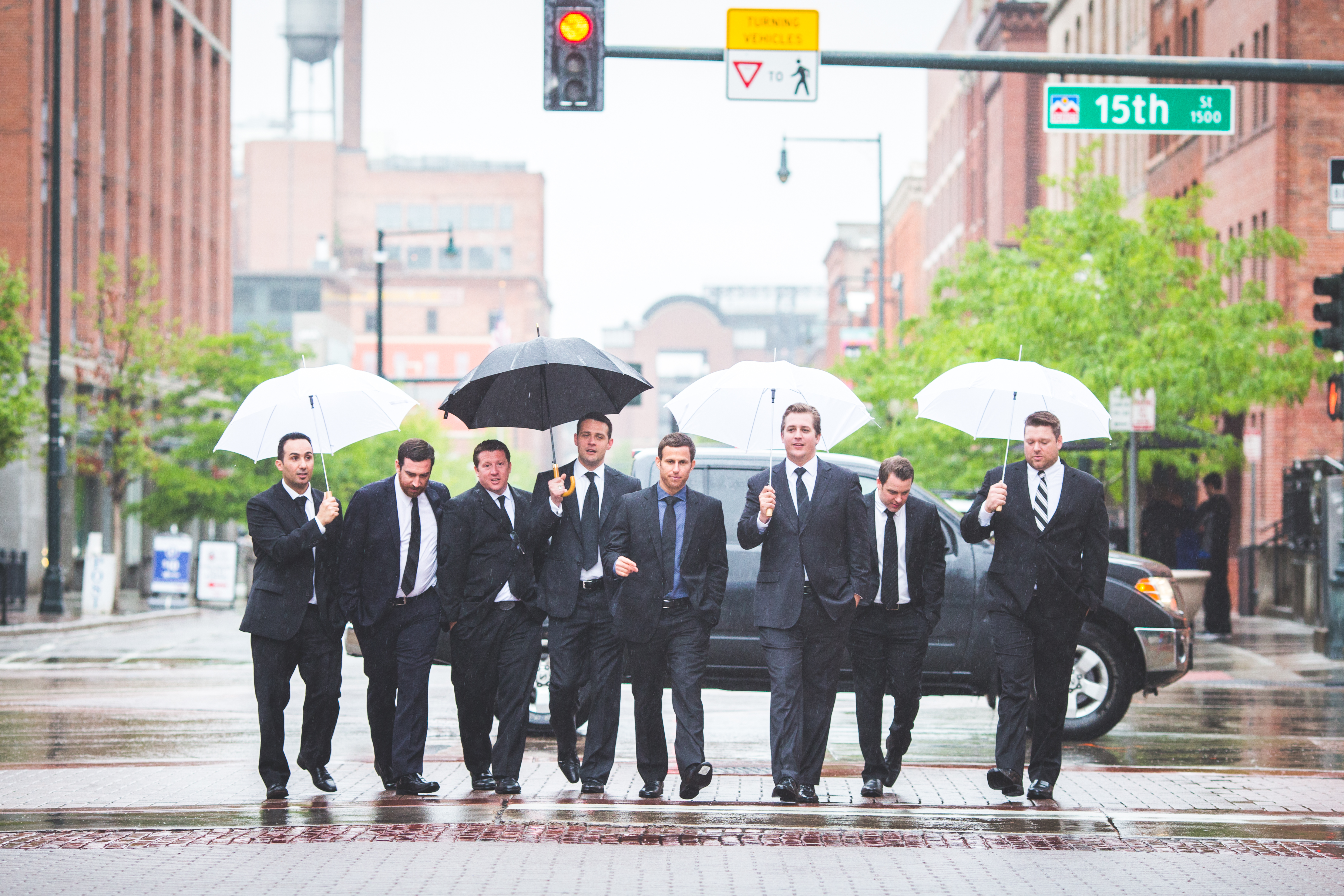 The pair -- who met three years ago on a mountain biking trip -- had their ceremony at the Hyatt Regency Denver and held the reception at Dorchester Social Eatery.

"They both went to huge [lengths] to make sure our night was unforgettable -- even with the weather," Tami said. 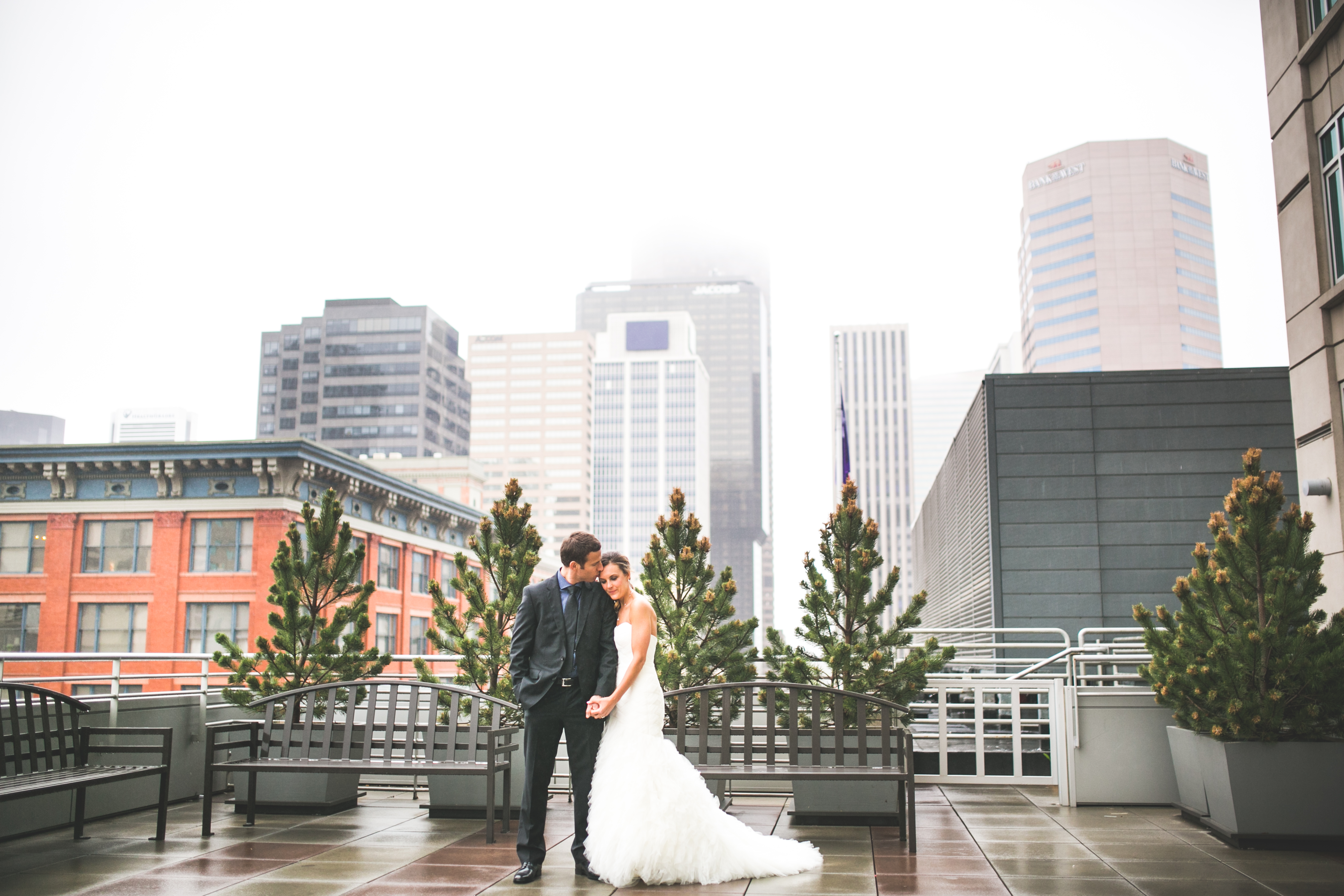 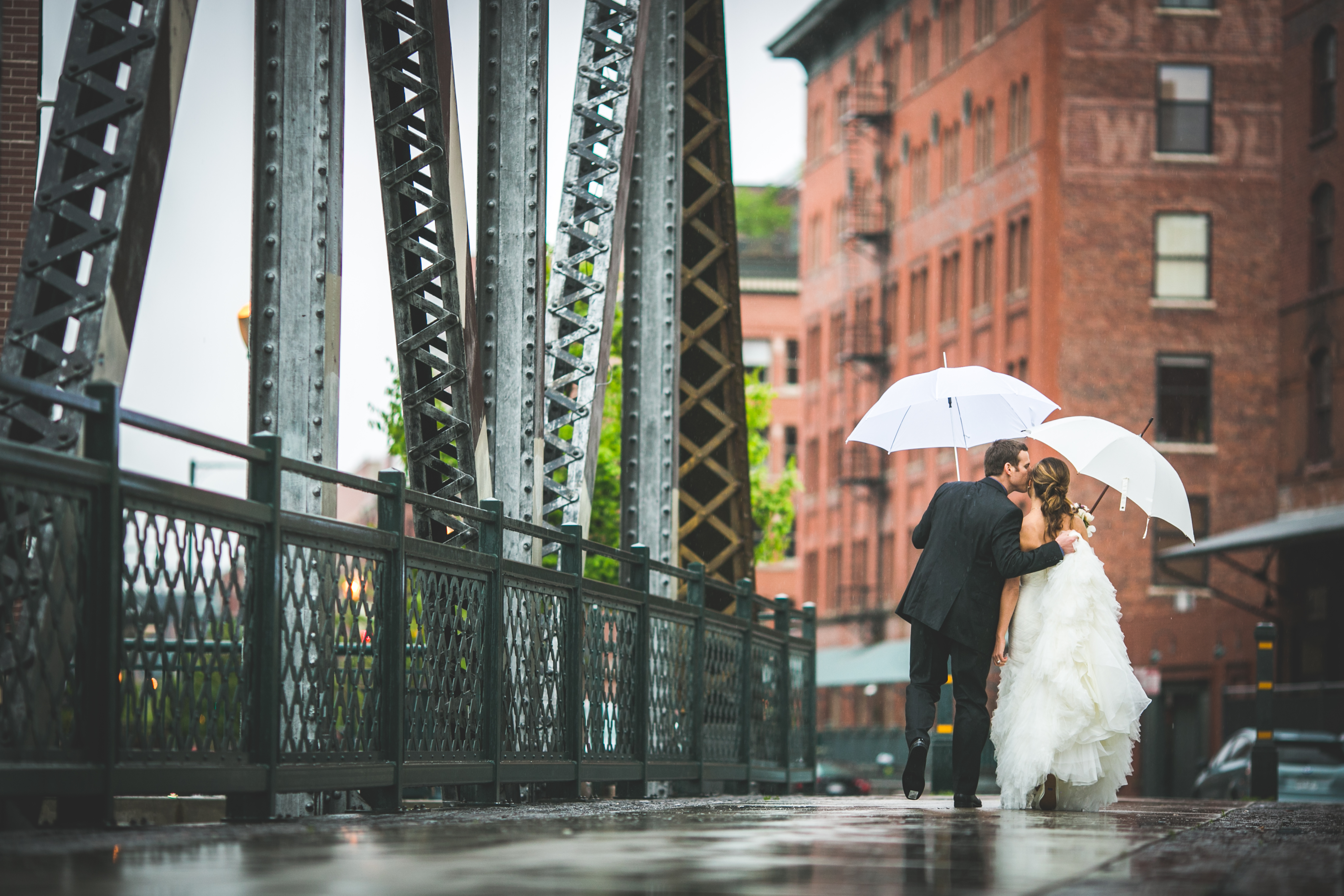 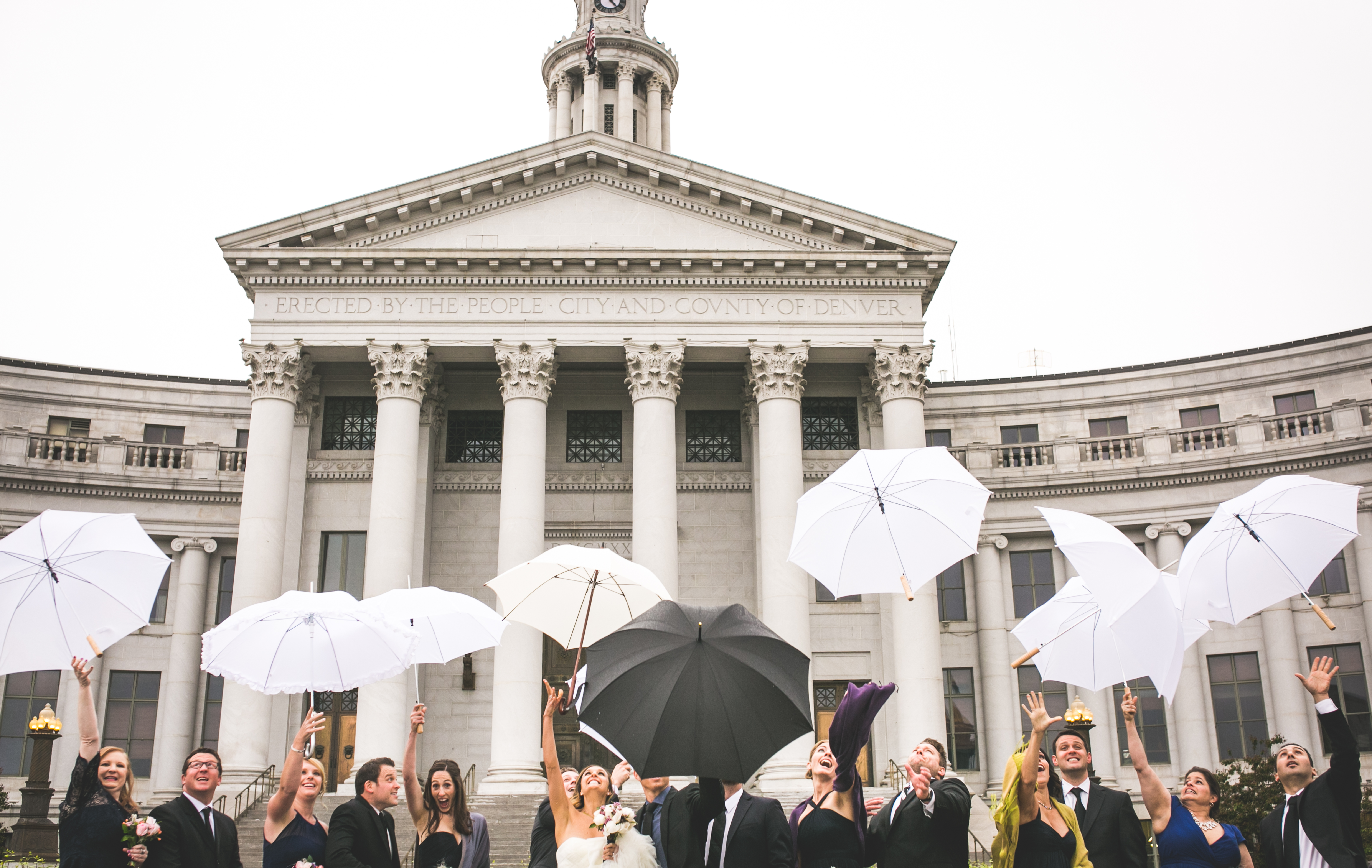 "Only in Denver does something like this happen. It's just kind of crazy where you expect sun, but you see snow," Michael told Denver NBC affiliate KUSA.