The world was shocked Thursday when media magnate James Murdoch announced that he would shutter the 168-year-old paper News of the World in the wake of a massive phone hacking scandal. The sprawling controversy's cast of characters include some of the most powerful people in the UK -- British Prime Minister David Cameron, News Corp Chief Rupert Murdoch -- and the paper's hundreds of employees who had nothing to do with the scandal but lost their jobs regardless.

Below, see powerful images of the paper's demise from AP and Getty.

News Of The World's Closing: In Pictures 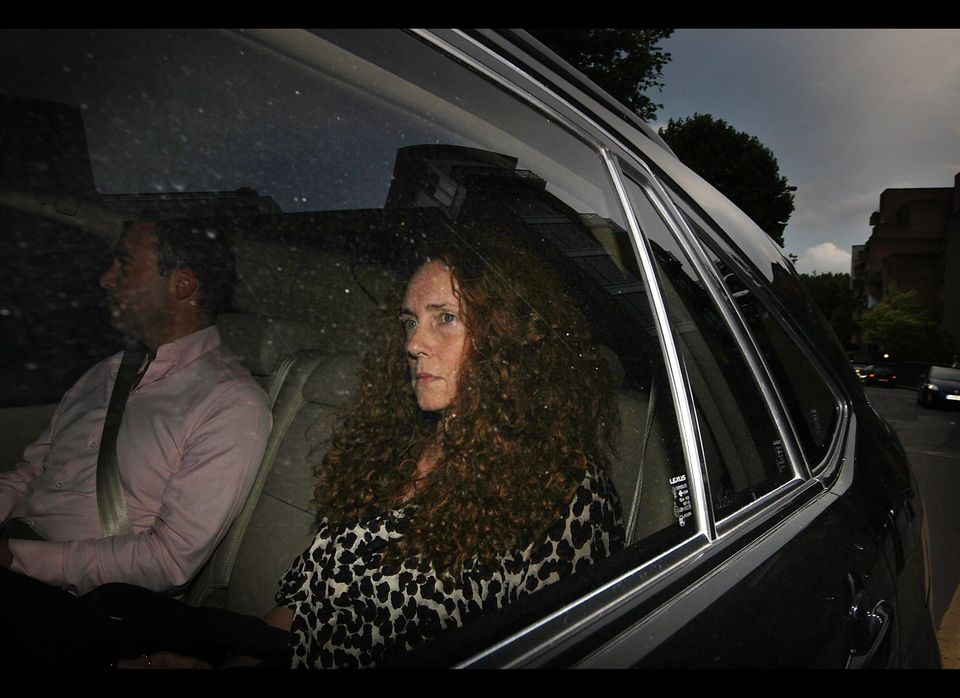 1 / 13
LONDON, ENGLAND - JULY 07: News International chief executive Rebekah Brooks leaves the office of The News of The World on July 7, 2011 in London, England. Following further serious allegations that phone hacking was widespread at the News of the World newspaper, Chief Executive of News Corp. James Murdoch has announced the newspaper will close. (Photo by Peter Macdiarmid/Getty Images)
Getty